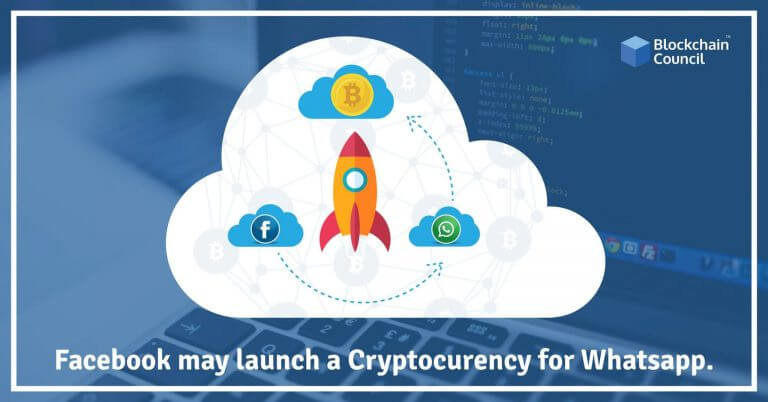 Social media giant Facebook is one of the most successful internet companies in the world right now with over 2 billion registered users and over $40 billion in revenue. Citing some unnamed sources, Bloomberg recently reported that Facebook is developing its cryptocurrency for its subsidiary, WhatsApp. A cryptocurrency backed by Facebook could finally bring cryptocurrencies to the mainstream world because of the exposure generated. Let’s take a look at how Facebook might implement cryptocurrencies and how big the market for such a cryptocurrency would be.

Facebook acquired Whatsapp in 2014 for $19 billion, making it Facebook’s largest acquisition to date. Soon after the purchase, Facebook CEO Mark Zuckerberg announced that the WhatsApp acquisition was in line with FB’s Internet.org vision. According to Zuckerberg, the goal is to develop a group of basic internet services that would be free of charge to use. At the time of the acquisition, WhatsApp was the most popular internet messaging platform with over 600 million users. As of Q3 2018, WhatsApp has reportedly surpassed 1.5 billion registered users. The service is particularly popular in countries like India where iMessage is uncommon – with an estimated 200 million users in India alone. Interestingly enough, India also leads in the world in remittances with close to $70 billion sent home to India in 2017 according to a World Bank estimate.

Facebook has been one of the leading tech giants to explore blockchain technology over the years. In fact, earlier this year, Facebook created a blockchain unit during its internal restructuring to assess how blockchains can be useful for the company. Facebook’s blockchain unit is being headed by David Marcus, who has previously worked as the president of PayPal and as vice president of Messenger at Facebook. This shows that Facebook is serious about using blockchains as a payment network that could work across devices and platforms. Two recent reports by the World Intellectual Property Organization reveal that Facebook is, in fact, working on payment processing and authentication – two of blockchain’s strong suits.

According to the report in Bloomberg, Facebook is more than likely to launch a stable coin instead of a volatile cryptocurrency like Ethereum or Bitcoin. Stablecoins are a type of cryptocurrency whose price is linked to a fiat currency like the US Dollar or the Indian Rupee. This would be crucial for users who are going to use this service for sending remittances back home as the volatility traditionally associated with cryptocurrencies would be quite counter-productive for these users.

Concerns About a Centralized Cryptocurrency

When the news about a possible stable coin cryptocurrency first emerged on the internet, many of the big players in the cryptocurrency world showed apprehensiveness at the idea of a centralized company using the blockchain brand to boost its revenue. What remains to be seen is exactly how decentralized this rumored cryptocurrency is going to be. If users can join the network as miners at will, people’s fears are going to be allayed since it would signal a decentralized architecture. Facebook has a lot of experience navigating the regulatory waters of various regions, and that is something that would be crucial to the usability of the stable coin. People would need to be assured that they are in full control of their digital assets and not simply owners of a tokenized security that is ultimately controlled by Facebook. If executed properly, Facebook’s cryptocurrency project can be beneficial to millions of users worldwide and really simplify cross-border payments. In any case, a cryptocurrency that would be open to Facebook’s user base of over 2 billion users worldwide would definitely be a positive for the adoption of cryptocurrencies.

How Blockchain Will Help Counter the Problem of Deforestation?
Scroll to top