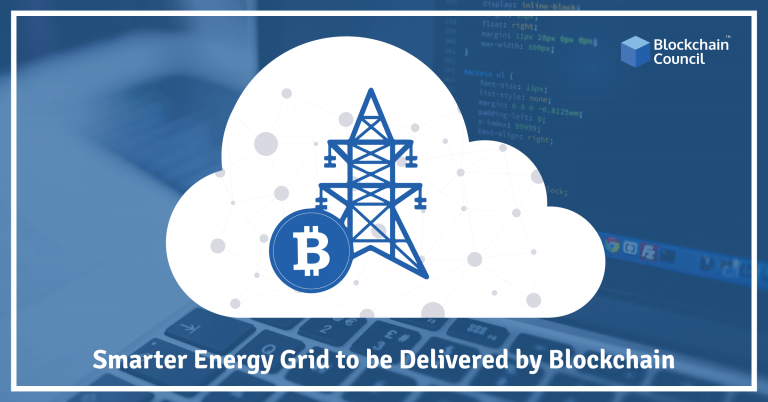 Blockchain, one technology which the world is talking about has brought in some great transformation. It has disrupted most of the industries and their functioning (positively), but in this blog, I would like to highlight the use of Blockchain in the energy division. Well, there might be some raised eyebrows stating, how Blockchain can be beneficial for creating a smarter energy grid.

Before heading to understand the use of Blockchain in the energy division, we must know why there is a need of such a system, how does the current model functions and what are the areas which need rectification or intervention of Blockchain technology.

If you wish to do the comparative study of the prices from different energy resources, the task becomes even more difficult.

To overcome these challenges, it is essential to come up with a  system that would help you analyze your bills, make you understand the power consumption. Blockchain comes as a solution here.

The underlying technology for Bitcoin and other cryptocurrencies, Blockchain can prove to be beneficial when it comes to creating a smarter energy grid. Let’s understand, how this will happen?

When it comes to the Blockchain, it comes with a multitude of features which makes it the most desirable thing for the industry. The same applies to the energy sector. From creating a peer-to-peer transaction which is highly transparent, Blockchain is a distributed ledger where all the information is spread across the network, unlike the current system that we are using which makes use of the centralized system.  The entire Blockchain platform is transparent, safe and free from any alteration. Moreover, the ease if tracing information makes this one of the most wanted technology for the future.

Buying Renewable– Most of the people are now shifting their ways to solar energy, however, with the current system, once the energy is produced or technically speaking, the electron enters a power line, it is not possible to diversify them – whether they are solar generated or they form a coal plant.

The Renewable Energy Certification (REC) created by EPA can solve the purpose but it’s a bit complex, the renewable energy provider has to create a spreadsheet of data about the energy they have produced. This spreadsheet is sent to the certifying agency which sends the RECs to other companies and consumers a proof of the energy source they are using. This entire process may consumer around 6-8 weeks.

However, when Blockchain comes into the picture, it issues certification instantly. Solar arrays, hydroelectric dams, and wind turbines could have their energy meters that could write directly to the Blockchain energy grid in real time. These writings by the meter could be tagged with a certification mentioning renewable energy. Further, the energy producer can sell the energy in the market immediately without waiting for a longer duration. It will result in lesser overhead and fraud.

Smart Contract Grid Management– This is yet another plausible benefit of the Blockchain. The moment the production and consumption move to the decentralized ledger, the consumer can pay in real time. These payments can be coordinated with a smart contact where every Kilowatt is confirmed and paid instantly. This way the energy companies would have instant pay for the energy produced by them.

Transitioning to a Blockchain Energy Grid– Well this is the most advanced benefit of the Blockchain, but it is not coming that easy. Despite complexities, it holds enormous benefits; for example, there will be reduced overhead and real-time tracking of the grid. The energy production is already on the brim of transformation, with solar energy prices falling and rising use of batteries, Blockchain will play a significant role in managing a more complex energy grid of the future.

Seeing the progress in the Blockchain domain, many startups have jumped to facilitate the local energy exchange. Here are a few examples :

Power Ledger– It’s a peer-to-peer product and aims to come up with microgrids based on the shared solar system and battery storage.
LO3 Energy- This system allows the people to buy and sell locally generate energy within their communities.

The reason these small-scale systems are working because Blockchain can track energy generation and consumption and also facilitates transactions between individuals. This is an example of peer-to-peer transactions. Similarly, it holds promises for the energy grid system making it more efficient. Thus, it’s a promising technology for the future.