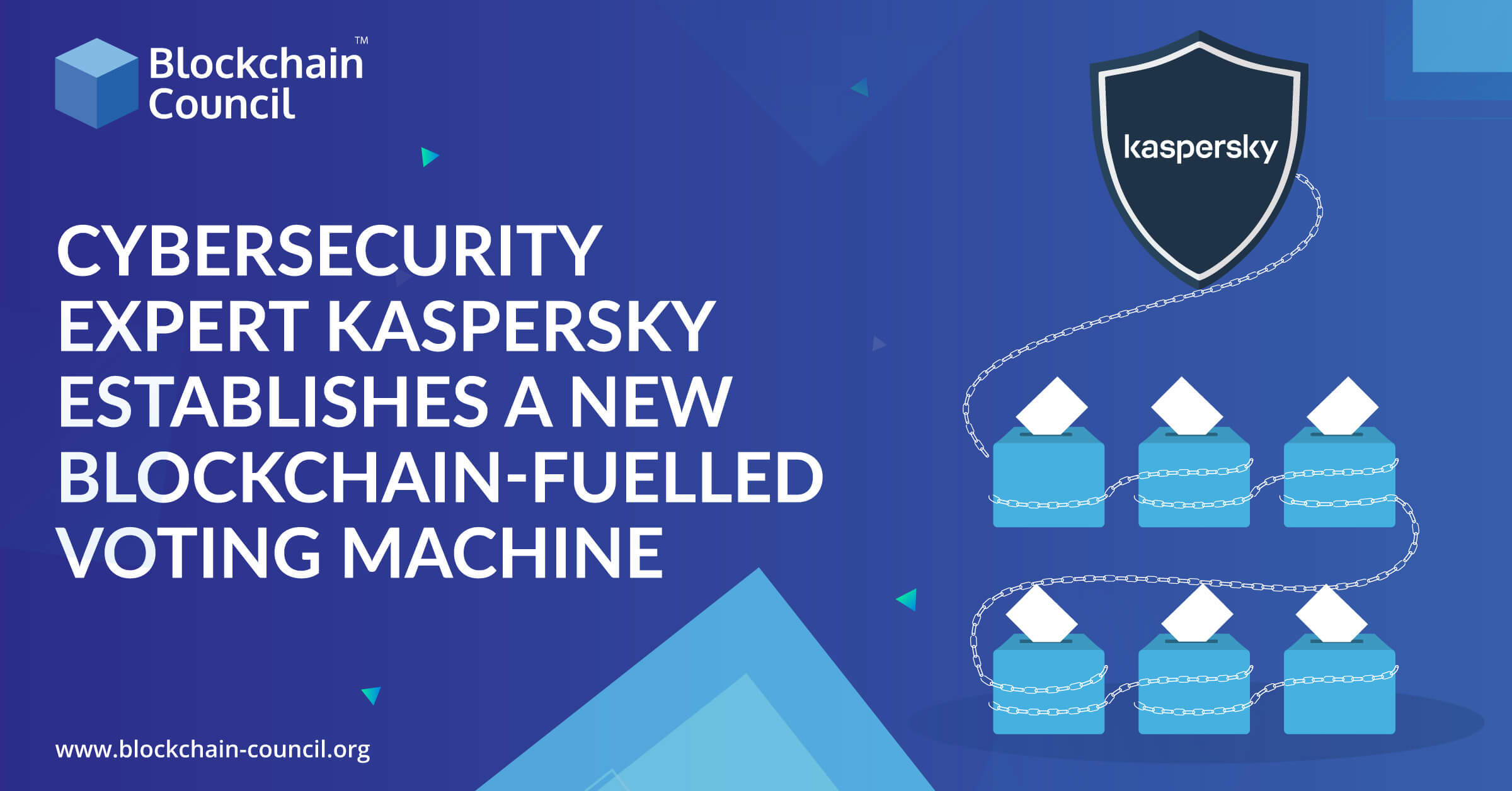 A top-rated cybersecurity company, Kaspersky has launched a new blockchain-powered voting machine under the name of a project called Polys.

The mastermind behind Polys is the Kaspersky Innovation Hub. Polys provides a secure platform for online voting that can be used for political parties, businesses and universities. The platform combines two upcoming technologies, i.e. distributed ledger technology and online election. This helps to give an immutable and secure result where each vote is linked to the voter who cast it, leaving no scope of fallacies.

The list of verified voters has to be prepared before each one of them is given a unique QR code. A Polys Voting machine then scans this unique token before they are allowed to cast a vote. These votes are automatically encrypted and counted by the machine. It also allows voters the opportunity to check their votes online anonymously on the Blockchain with the help of a web application.

This Polys Voting Machine can easily be linked with the Polys online voting platform. This gives the voters the facility of casting a vote using their smartphones. It also eliminates the possibility of voting twice, ensuring there are no miscalculations.

Using blockchain technology for election security also aids in reducing the staff required or the cost of resources involved in an election. Blockchain technology can actually revolutionize the issue of data discrepancy or election fraud. In fact, this has already been implemented in Sierra Leone in 2018. It was the first country to experiment with storing almost 70% votes on a blockchain for their general election.

If we look at the voter turnout in the United States of America, it is clearly evident that the number of people taking part in the electoral procedure is reducing over time with each successive cycle. In 2016, only 55% of voting-age citizens turned out to vote in the 2016 presidential race. The last time the turnout dipped to this extent was in 1996 when Bill Clinton defeated Bob Dole. Only 53.5% of voting-age citizens had voted.

Roman Aleshkin who is the head of product at Polys says that ‘From speaking to our customers, we understand the issues and inconvenience they face when organizing paper-based voting. As we see from our Polys platform, e-voting can solve some of these issues, allowing more possibilities for remote participation and even increasing turnout of younger people.’ E-voting allows people to vote remotely.

But Kaspersky also understands that physical polling stations cannot be eradicated entirely. Because it would mean eliminating those who have no access to computers or phones. Thus the Polys voting machine integrates both options of a blockchain supported ballot system as well as e-voting. The voters can then choose their preferred method of voting depending on what’s more convenient for them. Polys just helps to make the whole process a lot more transparent.

The Way Forward for Polys

Ballot voting has been at the centre of a lot of prominent election scandals in the USA. For example, even in the 2004 US general election, a lot of concerns were raised over the voting methods to elect the winner. In fact, experts went to the extent of suggesting that the final vote tally was itself incorrect.

Whether it’s the Blockchain fuelled Polys or Democracy Live’s OmniBallot powered by Amazon Web Services’ Object Lock, it is conveniently accessible to voters providing trust and verifiability in the vote cast.

Organizations that are working with blockchain technology are not only transforming the global economy but also changing the larger picture of how voters cast ballots.