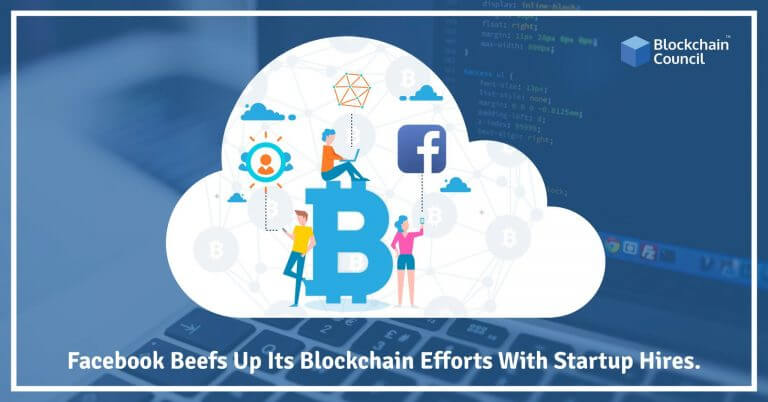 Last ten years have been remarkable as far as technological growth is concerned. We have seen Blockchain emerge and rise in these years and becoming an integral part of most of the business operations. Last year in May, Facebook announced its inclination towards exploring Blockchain application for the benefit of the company and it also mentioned that the company has decided to come up with a  dedicated unit that will work on exploring Blockchain based applications for the benefit of the company. Well, this year, the company has taken yet another step and started hiring for the same. Read ahead to know more on this news.

What is Blockchain and why companies are so enthusiastic about it?

Technological growth is essential for any organization, not only to make the company grow but it also gives them a competitive advantage and comes up with solutions that will best serve the end-users. As we saw the rise of the internet in the 19th century and it completely transforming the world, so much so that it is now hard to believe that there can be a day without the internet. The Blockchain is walking on the similar footprints, or we can say that it is carving an utterly different niche for itself making the companies, both the established entities and the newbies to start thinking in this direction.

We have seen companies like Microsoft, Shell, IBM, etc. trying to explore Blockchain based application. Recently, a training center for Blockchain has been set up to propagate Blockchain technology and its impact. Another latest example in this direction was when WWF, Australia announced that it would be using Blockchain to track the food supply chain. All these moves showcase how important it is Blockchain and how helpful it can be for the businesses. Recently, IBM did a trail project and was able to successfully manage the supply chain of 28 tonnes of Mandarin orange from China to Singapore.

It makes most of us wonder, why so much buzz around Blockchain, is the current technology not able to support the requirement of the future. Well, the answer to this lies in the fact that Blockchain helps in overcoming the drawbacks of the conventional system which not only makes the entire system time-consuming but at the same time it also involves a lot of costs. It can be said that Blockchain is a move to a new world of digitization where the information is decentralized, and people can interact directly, and it helps in creating a much more transparent platform.

Provenance, transparency, decentralization are the underpinnings of Blockchain which can form the base for Blockchain based application development for almost all the business verticals.

The impact of Blockchain could be felt on all the big names in the industries, the best part about the DLT is that irrespective of the business verticals it can be used in all the sectors. Facebook is also trying to explore these features of Blockchain. The company’s announcement to have a separate unit that will be looking for exploring Blockchain led the world by storm and the latest news about the company hiring staff for this division has further created an enthusiasm in the market.

The company is growing its Blockchain division by hiring people fro Chain space. This company is a startup working in creating a smart contract platform.

Chain space makes use of sharding to breakdown the database into smaller units which sorts out the scaling problems which arises in the Blockchain network. Facebook has not acquired the technology of Chain space rather; Facebook hires the staffers who will be working in the Facebook internal Blockchain group.

At present, the company hiring for 11 Blockchain role in their Blockchain division. This information is currently mentioned on the career page of Facebook. In the times to come there will be more hiring.

Whether its social media giant like Facebook or a startup, no one is left untouched with the impact and effect of Blockchain. It poses new challenges but the opportunities are way more significant luring companies like Facebook to come up with an entirely new division which will be focussing on using Blockchain technology for its benefit.