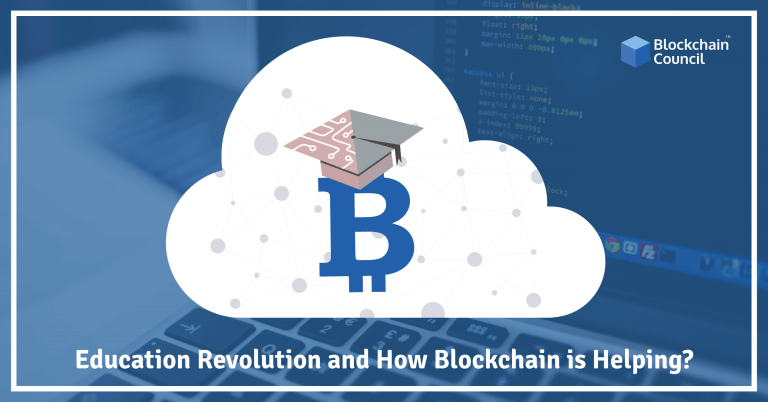 Blockchain, the technology behind so many changes is undoubtedly impacting every business niche. From healthcare to supply chain, Blockchain has various uses in different verticals. The education sector is yet another field where we can spot the use of Blockchain. You might be wondering how Blockchain will be useful in the education sector. In this blog, I will be unveiling the same.

We all know that Blockchain is known for the safety and security of data. It can prove to be useful even in the education vertical. The opportunities fall into the following categories:

Identity and Student Records: The first and the most crucial use of Blockchain in education sector lies in maintaining the privacy and security of student records, their credentials, accomplishments, and other details.

Costs (Student Debt): Distribution of scholarship, funds and rewards to the students and maintaining the database for the same.

The Meta-University: Designing a new model of higher education.

These are the various areas where the use of Blockchain can prove to be revolutionary and bring in some significant changes. So let’s delve deep into how it is going to work?

Although there are various categories where Blockchain finds usage, I will be focusing on its practical application in the current scenario.

We all know that Blockchain is a distributed ledger. It has all the information stored and distributed in the entire network of the system which is also popularly known as nodes. With the help of Blockchain, the institutes and the management can keep all the records at one place and can easily access this information at any given time. The primary challenge which the Blockchain helps to overcomes is the privacy and security of data.

I would like to quote an example here, in the year 2013, a list of 157 strategies was published by the Education Advisory Board (EAB) collecting data about students and alumni for colleges and universities to exploit in fundraising efforts. However, when it comes to securing this information, then universities are vulnerable to it, the same way the larger organisations.

There have been cases where the information hacked; the sufferers include names like – and Kirkwood Community College, Berkeley, Ohio State University and the University of Wisconsin.  There are other examples like the Yale University accidentally published confidential information online. All these incidences indicate that the data management and storage are not full-proof and free from hacking. Instead, they are easily and readily available to the hackers. Under such circumstances, Blockchain can come as a panacea.

How will Blockchain help?

Well, you might be wondering, how will Blockchain help in this. The answer lies in the fact that we can program Blockchain to virtually record everything like birth certificates, education transcripts, student loans or anything that can be expressed in code. Blockchain makes use of PKI or Public Key Infrastructure for creating a secure platform. PKI is an advanced form of asymmetric cryptography. An example of this is Sony Global Education, which is making use of this technology for an open data exchange protocol. In this two parties anywhere in the world can share official academic records. But without the exact two keys, the hackers cannot hack or access the data.

Did you know that as per the reports of CareerBuilder, 33per cent job applicants have lied about their academic records, 57 per cent has embellished their skill sets. Thus, the employer may not be able to figure out whether the candidate is lying or is honestly portray the accomplishments. In the current scenario, the employer may ask for the transcript from the institute, but it comes with a base cost. For example, MIT’s base cost for a transcript is$8 and $2 as handling charges. With the help of Blockchain platform, the employers can easily access the information from this platform.

To make advancement in this domain and use Blockchain to streamline the processes, Universities are coming together. Some of the famous names include- Boston, EPFL, Delft, ANY and UBC. These universities have decided to come together and collaborate on certification where they will be sharing a common platform, Blockchain to issue, store and accredit certificates. This will allow creating a system where sharing documents between universities will become a lot easier and infallible.

We cannot undermine the strength of Blockchain in any division including the education sector. It is like a raw diamond as of now, which needs to be more refined and polished. With current features, a series of benefits Blockchain technology has stored in for us, and the future with more refinement in this technology looks promising. The way it can ensure safety, security of information and ease of communication stands unmatched for now. It is like new energy and wave of change which will transform the education sector for good.