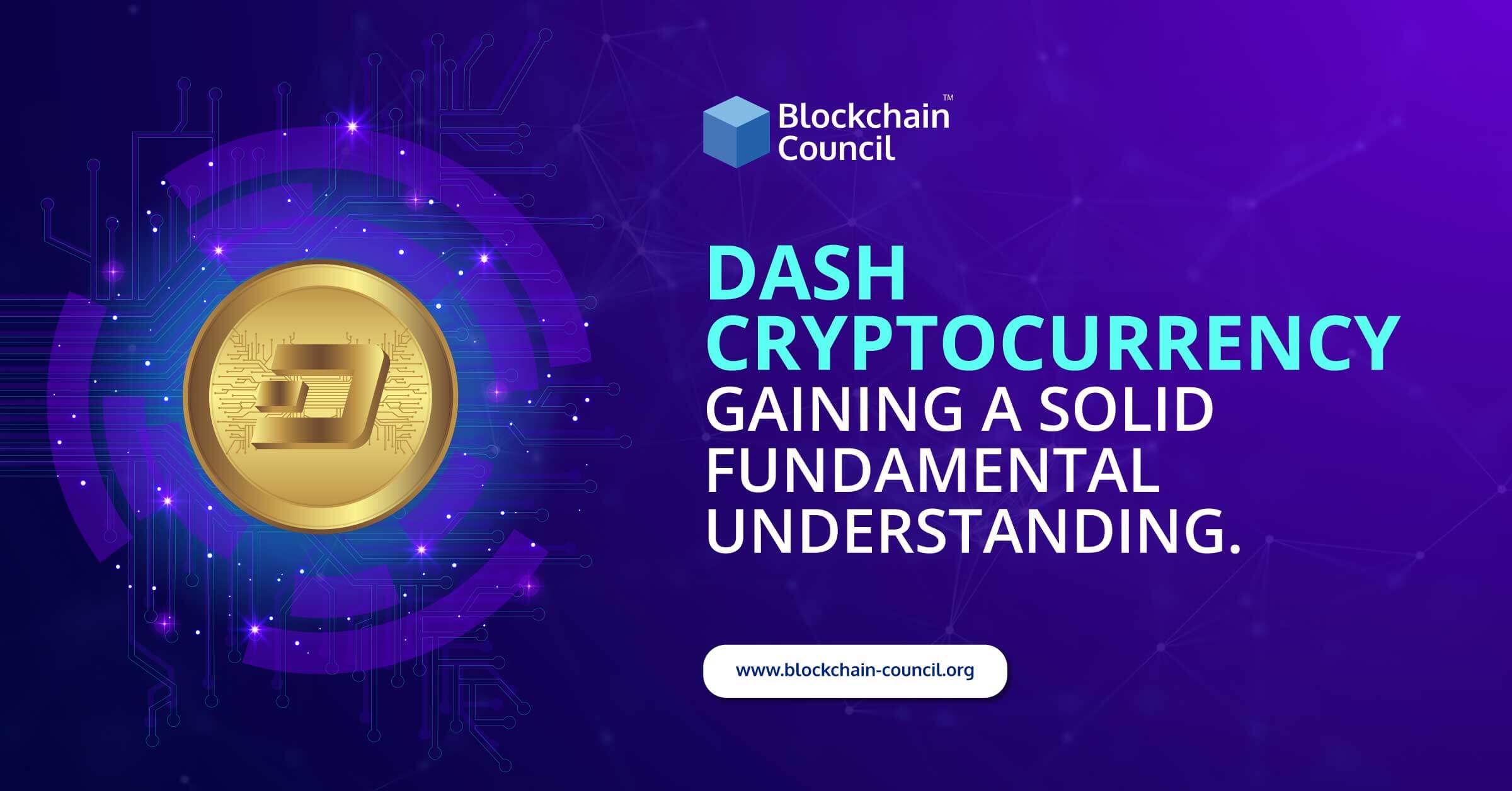 Dash is the first open-source cryptocurrency which is based on Satoshi Nakamoto’s work with built-in privacy functions. The whitepaper of Dash, which was co-authored by Evan Duffield and Daniel Diaz describes Dash as “the first privacy-centric cryptographic currency.” Dash was launched in 2014 as XCoin and was then named as ‘Dark Coin.’ It was then renamed as ‘Dash’ in March 2015. It was designed to ensure user privacy and anonymity. Dash is credited with being the first cryptocurrency offering a decentralized blockchain governance system. It is a peer-to-peer cryptocurrency that was created as a fork of Bitcoin to offer more private and faster transactions to users. Dash is a portmanteau of ‘Digital Cash.’ Dash is a form of a decentralized autonomous organization that is run by a subset of users called “Masternodes.”

Features of Dash which make it special

Full nodes refer to servers that run on the P2P network allowing peers to receive updates regarding the events that take place on the network. These nodes require significant upkeep and care. Due to this reason, there hasn’t been as much an increase in the number of full nodes as it must have been. This increases the block propagation time. Ideally, miners want their newly found blocks to propagate quickly across the network. Every second delay increases the chance of another miner winning the “block race” and adding their blocks to the chain before others do. Using a better incentive system is the only way to increase the amount of these full nodes. The Dash whitepaper suggested as follows:

So, What are Masternodes?

Master nodes are similar to the full nodes in the Bitcoin network. One difference is that they must provide a particular service to the network and have a heavy investment in the system. One needs to invest 1000 DASH for running a Masternode. So, why must a Masternode make this investment? Masternodes are paid back in dividends for their investment, in return for their services. This incentivizes the Masternodes to work in the best interests of the ecosystem. Dash is the first cryptocurrency that has implemented Masternode into its protocol. The Masternode uses the proof of service algorithm. Masternodes create a second-tier network that exists on top of the first-tier network of miners. The two-tier system creates a synergy between proof of work and proof of service mechanisms. After a Masternode is ‘on,’ it is in charge of functions like PrivateSend and InstantSend. These take care of governance. The stark difference between the Masternode of Bitcoin and Dash is that in Bitcoin every node must participate in the consensus, whereas in Dash, Masternodes can accomplish tasks without the whole network participating in it. Masternodes are capable of taking care of important tasks in a fast and trustless manner.

In order to break the traceable history of coins, PrivateSend maintains fungibility by swapping coins among users. Fungibility is defined by Investopedia as “a good or asset’s interchangeability with other individual goods or assets of the same type.” Before understanding what PrivateSend is, let’s understand what ‘Coinjoin’ is.

Coinjoin is an anonymization strategy protecting the privacy of Bitcoin users while they conduct transactions with each other. It requires the signature of multiple parties on an agreement for mixing their coins while engaging in separate Bitcoin transactions. This method was proposed by Gregory Maxwell. It is also known as Coin Mixing. The fundamental issue of Bitcoin transactions was the lack of fungibility. It is for this reason that the concept of Coinjoin was introduced.

Though Coinjoin is an excellent solution to the fungibility question, it comes with certain weaknesses.

a) Merging Transactions – Transaction merging is one of the common ways to implement Coinjoin. But this will expose the user to various methods of following the user’s coins. Let’s assume that 0.5 BTC was sent through the merge. For simply identifying the source, one has to add up the values on the right to match the values on the left. The level of difficulty increases as there is an increase in the number of users added to the mixer. But the risk of deanonymization remains.

b) Forward Linking- In Coinjoin’s other implementations, it is possible for a user to anonymize their transaction and then send the change to exchange or some other entity who is aware of the user’s identity. The entity can then use this change and track it back to the user while noting down all the transactions which happened in between. This is called “Forward Linking.”

c) Through Linking – Now, how will we identify the sender of our anonymous transaction from this point? Begin at the “exchange transaction” and work your way backwards till you get to the point where someone sends money anonymously in a transaction. This breaks the anonymity. This attack is called “through linking.”

Dash implemented “PrivateSend” as it saw the value in making money fungible. PrivateSend is a coin mixing service based on Coinjoin, and it comes with some modifications. The modifications include using Masternodes, chaining by mixing with multiple Masternodes, and restricting the mix to accept only fixed denominations. The privacy of the transaction is maintained in PrivateSend as the transaction flow cannot be traced. PrivateSend enhances the privacy of transactions by adding multiple identical inputs from many users and then sending them to multiple outputs.

Along with privacy, speed is also one of the alluring features of Dash. The InstantSend feature of Dash secures transactions instantly through a distributed consensus with Masternodes. When you send Dash cryptocurrencies using InstantSend, your transaction will be checked by random-selected Masternodes, and the specified amount is locked, which means that it can’t be used on other transactions. By using InstantSend, users need not wait for the standard block confirmations, and this makes transactions faster. In-Dash, one transaction can be executed within seconds when compared to the Bitcoin network. This makes it convenient for users to settle transactions.

These are the three unique features of Dash. Many legitimate merchants have now started accepting Dash. Dash seems to have the genuine potential of being accepted by the mainstream.

Dash is becoming increasingly popular in today’s cryptocurrency world. As Dash is a fork from Bitcoin, it not only retains the excellent properties of the Bitcoin but is also enhanced in many ways. Thanks to Dash, it is possible to make the transactions more applicable to the real-world.