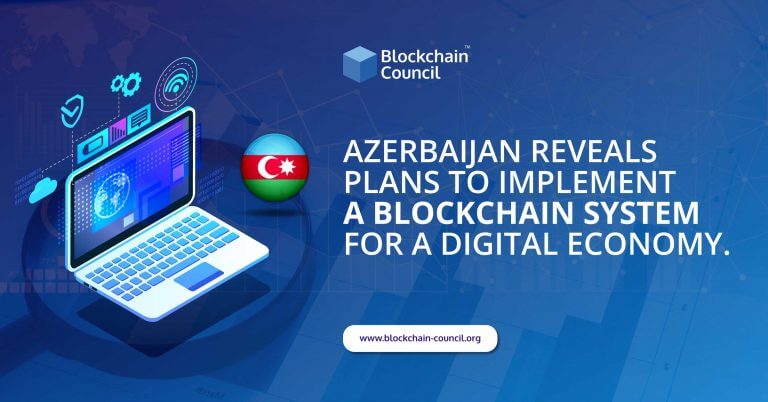 Over the past few months, Azerbaijan has turned into a hotbed for several fintech-related announcements due to the apparent move of the nation’s authorities to implement a wide range of innovative technological solutions in e-government and banking systems. Reports by government representatives suggested that a part of the program relied on blockchain infrastructure. Azerbaijan’s State Customs Committee Chairman revealed the plans of implementing blockchain technology for building a cargo accessible database which can be accessed online.

Snippets of news involving the Azerbaijan government’s involvement with blockchain technology began to pop up starting from October 2018. Osmanov announced the five-year plan for the economy’s digital transformation. This also included details about the partnership with IBM on a distributed ledger. In November, Osman Gunduz, the Chairman of the Azerbaijani Internet Forum, reported to the press about their plans to implement distributed ledger technologies in utilities, housing, and court systems.

From these previous statements, it became clear that they planned to build the blockchain system in collaboration with IBM on Hyperledger Fabric. But only in April, media reports mentioned that Lenovo Professional Services was also involved on the hardware side of the project. This was when it became clear that a comprehensive state program was at work. At the Fintex Summit (a popular finance and banking event) in early May, a high-ranking official from the Central Bank of Azerbaijan (CBA) spoke about implementing artificial intelligence and blockchain in the banking sector.

According to Nijat Asadli, the Manager of the Digital Trade Hub (DTH) of Azerbaijan, the three crucial areas where the government seeks to deploy digital infrastructure to boost innovation is central bank operations, e-government portal, and the DTH. DTH refers to an electronic public-private partnership platform. It is designed to facilitate e-commerce development in Azerbaijan and other broader regions. It connects numerous banks, private companies, and governmental agencies to provide businesses and private citizens with electronic, domestic, and international services.

One of the solutions offered by the DTH platform is the Single Export Application. This will allow local producers to gain access to all the documentation such as customs declarations, licenses, and permissions, to enter the international markets. The e-government portal provides access to over 400 additional governmental services. The e-Government portal and DTH have been built on the open source X-Road technology. It is a data exchange layer (DXL) solution which allows organizations to offer online services by communicating over the internet.

Currently, the sole digital infrastructure initiative of the Azerbaijani Government, which relies on blockchain technology is the one that the central bank is overseeing.

According to Farid Osmanov, the Chief Information Officer of the Central Bank of Azerbaijan (CBA), “By implementing new financial technologies in the market, they believe they can boost the cashless economy and extend digital services, making them transparent and available for citizens.”

Azerbaijan is all set to take its place among the ranks of countries which have implemented permissioned blockchain solutions to improve the efficiency of certain aspects of government operations through the new digital identification system.