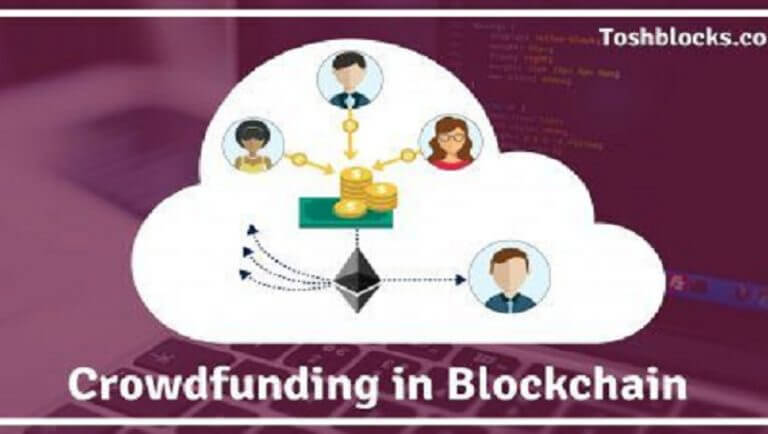 The Blockchain technology can be readily implemented into the crowdfunding industry segment to automate most of the processes.

What Is Crowdsale Or Crowdfunding In Blockchain & How It Works? from Blockchain Council

Crowdfunding is a process of raising funds for a project or venture from the masses, where people pool in smaller contributions/investments to create a significantly larger investment to meet the requirements. The burden of investment is distributed across the masses. This is so that no single person has to spend more than they can spare. This concept has been around for ages now. Also, there are instances where artists, authors, philosophers have crowdfunded their works.

How Crowdsale or Crowdfunding in Blockchain works?

Blockchain technology is perfectly capable of managing value exchange under contract. The feature that will come handy when it comes to managing rewards based and equity-based crowdfunding campaigns. The whole process of assigning relevant rewards and equity against their contributions can be automated, using blockchain based smart contracts for crowdfunding.

By programming a set of pre-defined crowdfunding conditions on smart contracts, the system can be automated to execute the smart contract to issue certain rewards or proof of ownership of a certain percentage of equity based on the amount contributed towards the campaign.

Crowdsales are the crowdfunding campaigns in the cryptocurrency world, where the digital currency platform sells the pre-mined crypto-tokens for the platform under development in exchange for either bitcoin, ethereum or some other established digital currency. The funds raised are then used for further development of the platform. The crypto tokens bought by the participants of the crowdsale is equivalent to both rewards and equity (depending upon the model followed by the platform).

Blockchain technology and digital currencies have proven to be capable of being retrofitted to meet the needs of any industry, including the time-tested ones. Crowdfunding is one such segment, into which the technology is capable of blending in, completely.

What Is Decentralized Autonomous Organization (DAO) & How DAO Works?
Scroll to top