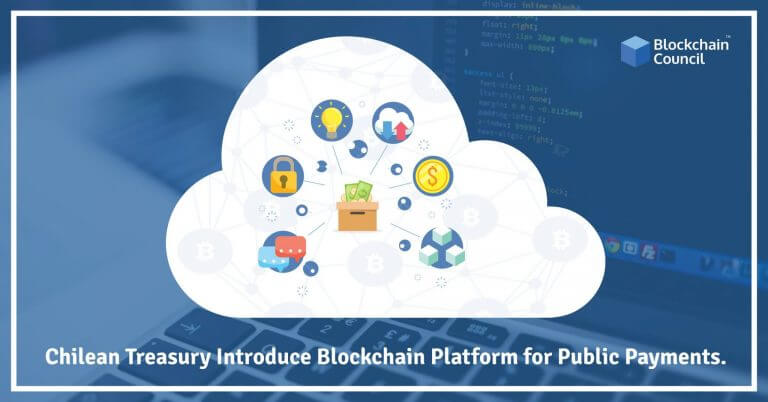 The South American country of Chile has emerged as one of the pioneers of the global blockchain movement in recent months owing to its swift execution related to blockchain based projects. In April 2018, the Chilean National Energy Commission launched a blockchain based platform to track energy data in the country. Now, the General Treasury of the Republic (GTR), which is a department of the Ministry of Finance in Chile has launched a blockchain platform for tracking tax payments in the country. Let’s take a look at how blockchain will help Chile overhaul its tax collection process and how to country’s approach to distributed ledger technology is sparking innovation across all sectors.

The Chilean Treasury’s role consists of keeping track of payments and services between its suppliers such as municipalities, institutions, and other civic bodies and the modes of payment such as banks which store the public funds. According to the press release by the GTR, the process of verifying these transactions at every institution is slow, expensive and often leads to errors in accounting which have to be painstakingly fixed in the future. To counter the problem, the Ministry of Finance department has developed a blockchain based solution that will allow all of these institutions to have a shared ledger which is synced with every other ledger so that there are no discrepancies. The Chilean government believes that the move will allow the Treasury to have a reliable, and secure system that speeds up government jobs and lowers costs for its citizens.

Specifically, the Chilean Treasury which is a department in the Ministry of Finance oversees the processing of payments made by the citizens to the various public institutions of the country such as tax collection, patent fees, fines, etc. In the press release for the blockchain project, TGR explained the problems they face with an example: “When a citizen pays his contributions (tax payment) or a patent, that money goes from the bank to the municipality, in which case the TGR is a mere observer of this flow of money. But at the end of the month when they have to balance the boxes of the bank, the Treasury and the Municipality, sometimes there are small discrepancies.” The blockchain platform developed by the Treasury allows for these transactions to be appended to a shared ledger in real time, with a high degree of security, and also without any clashes so that the transactions can be squared off easily. In effect, that means that the blockchain’s interoperability will help TGR to have an automated, reliable, transparent and secure quadrature among all entities, minimizing information lost in each transaction.

Chile’s support for blockchain technology is not just confined to the financial sector. In fact, other government arms like the Comisión Nacional de Energía de Chile (CNE) are also actively using blockchain technology to modernize their bureaucracy. The National Energy Commission announced in April 2018 that it was launching a pilot program based on the Ethereum (ETH) blockchain network to record data from the nation’s energy sector. The Minister of Energy Susana Jiménez explained that the platform was built to track information related to the national electricity such as installed capacity, average market prices, marginal costs, hydrocarbon prices, compliance with the NCRE laws, medium-generation electricity generation, emission factors, and residential generation facilities, etc. Adding the information into an open ledger backed by the Ethereum blockchain ensures that the information will be readily accessible to the citizens and not be modified, adulterated, deleted or hacked in any way. First, the energy data will be stored on Energía Abierta or the Open Energy database which is distributed across hundreds of secure servers countrywide. After that, CNE employees will square any anomalies in the data before adding it to the Ethereum blockchain ensuring that there are no mistakes in the final dataset.

The Chilean government officials have taken more steps to increase blockchain adoption in other sectors of the government as well. In October 2018, two Chilean MPs, Miguel Angel Calisto and Giorgio Jackson along with 8 other MPs, presented a resolution to adopt blockchain in all sectors of the government to the lower house of the country’s parliament, the Cámara de Diputados. Their appeal also offers to carry out studies on the advantages of blockchain-based security and energy solutions. Chile is on track to become a pioneer in the implementation of distributed ledger technology in the Latin American world.