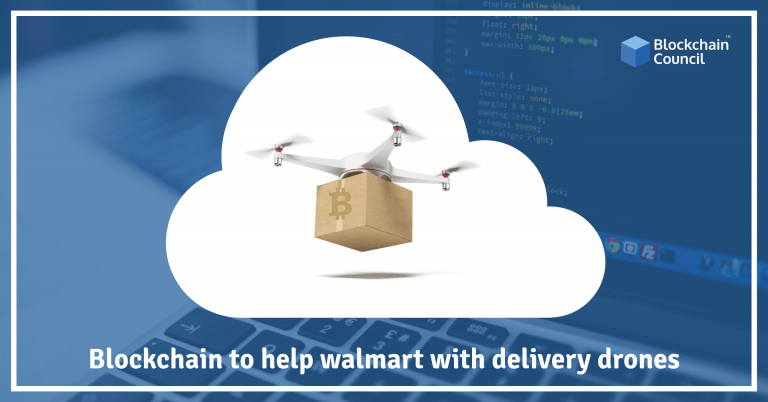 Let’s admit the fact that Blockchain to the current industry is same as the steam engine was for the industrial revolution. This is the driving force which is going to change the world for better. It is going to lay the foundation of a world where things will be transparent, and data will be more secure.

One of the leading applications of Blockchain apart from the financial transaction is supply chain management and tracking of products. This is an area where we need to work a lot to ensure customer satisfaction and make sure that products are delivered on time. Blockchain has come as a solution in this domain where you can find myriads of uses of the same and the retail giant from the US, Walmart, the company has taken a step ahead using this technology to help in the delivery drone.

You might be wondering why there is so much buzz about Blockchain. The reason behind this is, Blockchain has multifaceted applications; it finds use in different fields like healthcare, supply chain, tracking of products, etc.

Its features make Blockchain a unique technology which offers myriads of benefits. It is because of this reason that Blockchain is being used by companies like IBM, Microsoft, Walmart, and Amazon. These companies are studying and finding Blockchain applications in fields like digital identity, education, and tracking of product.

In this blog, I will highlight, how Walmart is using Blockchain, but before that let’s have a quick recap of Blockchain and its key features which makes it the most popular technology.

Why are companies shifting their focus on Blockchain?

Any new development which can guarantee security, transparency and quickens the business operations is useful for any business niche. Similarly, Blockchain is the most recent development which can boost the business and thus, many companies and researchers are showing an inclination towards the same. It will help them gain the competitive edge and create a system which is transparent, safe and secure.

What is Walmart’s initiative?

Walmart, one of the largest retail chains has filed a patent where they have claimed the use of Blockchain technology. Its SMART PACKAGE patent is a Blockchain-based tool which can be used to track the package contents, location, environmental conditions and other information. This technology will be used in sync with autonomous vehicles and unmanned drones. With this patent, Blockchain will undoubtedly revolutionise the tracking and delivery.

How does SMART PACKAGE work?

The working of this application will involve some embodiments; the delivery package may control delivery encryption system consisting of Blockchain for package, tracking, and authentication. As mentioned above, it contains elements of the address, location, supply chain transition, authentication, etc. With all these details it will become easier for Walmart to track the details.

The reason behind the development of such a tool is to come up with a system which offers greater security of the shipping package. With the help of this technology, one can easily trace the status of the product and other details. The company filed the patent in August 2017.

It is not the first instance where Walmart has used Blockchain, earlier in November 2016, Walmart along with IBM created a system for detecting and removing recalled food using Blockchain technology.

Well, after looking at the details and development which Blockchain has to offer, it can be deciphered, that it is the technology which is going to revolutionise the future. Companies like Walmart and IBM are actively studying the use of Blockchain as a part of mainstream business operations. The objective behind this is to create a system which is safe, secure and transparent. Moreover, it becomes easy for the customer to trace the product and ensure that they are receiving value for money. With such developments, Blockchain is going to revolutionise the way business operates.

European Nations Come Together to Partner with Blockchain
Scroll to top