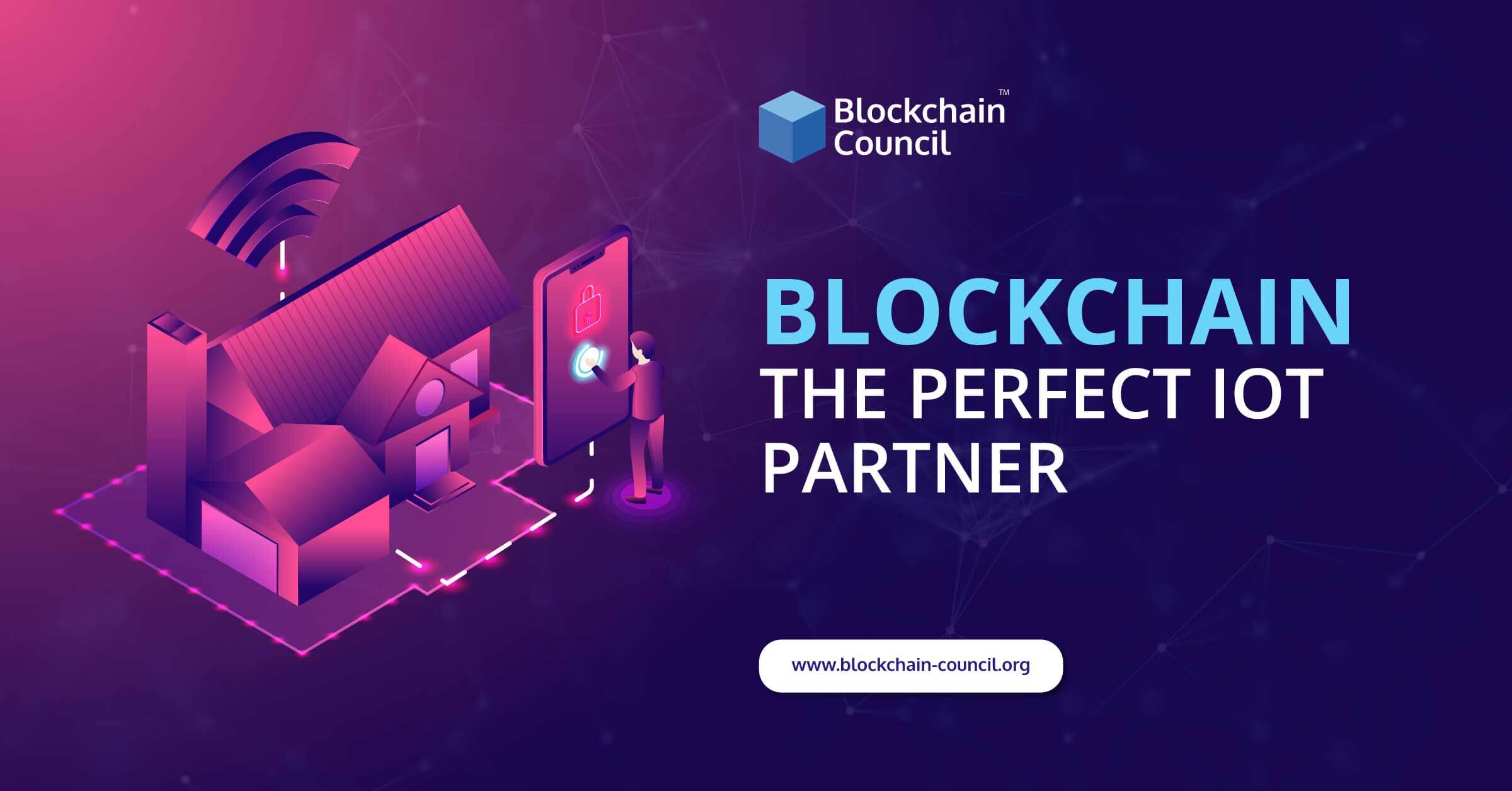 In today’s context, the Internet of Things (IoT) is an increasingly popular topic in both homes and workplaces. IoT has modified the need for technologies and has become a vital part of every facet of our lives. It helps devise natural ways of building smart homes, wearables, vehicles, and devices which a user can remotely control through a smartphone. IoT is taking us a step closer to the digital world with its tremendous power to generate an impressive $64.1 billion by 2020.

With IoT applications being on the rise, marketers are embracing the disruptive technology which promises utmost security and transparency- blockchain. As reported by Gartner, more than 10 million IoT connected devices are currently in use, and this number might rise to 20 billion devices in the next two years. Like every industry, IoT also has security concerns it needs to address. Blockchain is the perfect choice to protect the IoT systems as it would provide security, which is the most significant challenge of IoT.

Let us now understand the term ‘IoT’ and the major challenges faced by IoT before we understand why blockchain is a perfect IoT partner.

The Internet of Things is a system of interrelated computing devices which are provided with unique identifiers (UIDs) and can transfer data over networks without the need for human-to-human or human-to-computer interaction. IoT is a concept where devices such as washing machines, cell phones, coffee makers, lamps, headphones, etc. are connected to the internet via an on and off switch. In short, IoT refers to a giant network of connected things.

Industries, for example, manufacturing have been working on connected devices such as cameras, sensors, and scanners for a long time now. Over the years, every manufacturer will come up with Machine-to-Machine (M2M) protocols. But these communication protocols will make it tedious to integrate products and services across numerous brands. Developing a standard protocol will prove to be more useful for both the producers and consumers of IoT.

IoT makes systems around the globe vulnerable. Cybercriminals will use this vulnerability to their advantage and gain access to sensitive data which they can retrieve illegally. They will steal data through IoT-enabled devices.

The infrastructure of enterprises is designed for the modern internet age. But the current architecture, even in the case of large organizations, is most probably a centralized model. To stay in tune with the capabilities of IoT applications, businesses will have to switch to decentralized architectures. IoT devices will, no doubt, produce massive amounts of data and hence, enterprises will be forced to update their systems.

Having understood the significant challenges of IoT, let us now analyze how blockchain proves to be a perfect partner for IoT.

Benefits Of Blockchain To IoT

Data transactions happen between multiple networks which are owned and administered by multiple organizations. In this case, an immutable, permanent record means that custodianship can be tracked as physical goods or data pass between points in the supply chain. As blockchain records are transparent, they allow for data to be tracked and analyzed by anyone who holds the authority to connect to the network. In case of a breakage or data leak, blockchain helps identify the weak link and takes the necessary remedial action.

This means that all the trusted parties of the supply chain can store their data. Machines record transaction details without the need for human assistance. No one can overwrite inaccurate information on the records as the private keys which provide write-access to the blockchain will be held by machines. Blockchain offers robust encryption standards which provide an added layer of security in the IoT stack. Any harmful or malignant entity would have to bypass this layer to access IoT devices or data.

Smart contracts are self-executing smart contracts which can be integrated into the IoT system. The Ethereum blockchain provides the option for creating agreements which will be executed when all conditions are met. Smart contracts are open, immutable, and deterministic and are always executed correctly. Smart contracts provide trust anchors which would help easily build open, reliable, and secure distributed applications and novel accountability, security, and charging mechanisms. Users can also transact using their digital currencies or custom tokens. The meta-data present in smart contracts helps prevent fraudulent activities and fake contents. Blockchain-based smart contracts offer a higher degree of authentication and access management.

The redistributed nature of blockchain provides security, as it makes it tough for cybercriminals to coordinate a DDoS attack or corrupt the data. Blockchain enhances the overall security of an IoT environment. As IoT generates highly personal data such as the daily lives and routines, in case of a smart home device, it means that there are far more openings for hackers to attack us. There have been previous instances where hackers have disabled cars, cardiac devices which are control implanted, and even a refrigerator to launch the world’s biggest DDoS attack. Blockchain solves the identity issue. An entire system will be compromised if the device’s private keys are exposed. If the IoT-blockchain stack is rooted at the hardware level, security cannot be outsourced. Private keys must be stored on the device itself using secure chips.

Blockchain-enabled IoT technologies aid organizations to execute confidentiality and power. The unbreakable network security provided by blockchain acts as the solid foundation for IoT-enabled reliable interconnection, thus considerably reducing the hazards which lead to extensive compromise of central server models. With both blockchain and IoT being widely adopted by both industries and the public sector, these have big promises to keep and the key to keeping up those promises is to combine IoT and blockchain which will help minimize the security and business risks which go hand-in-hand with technological innovations.