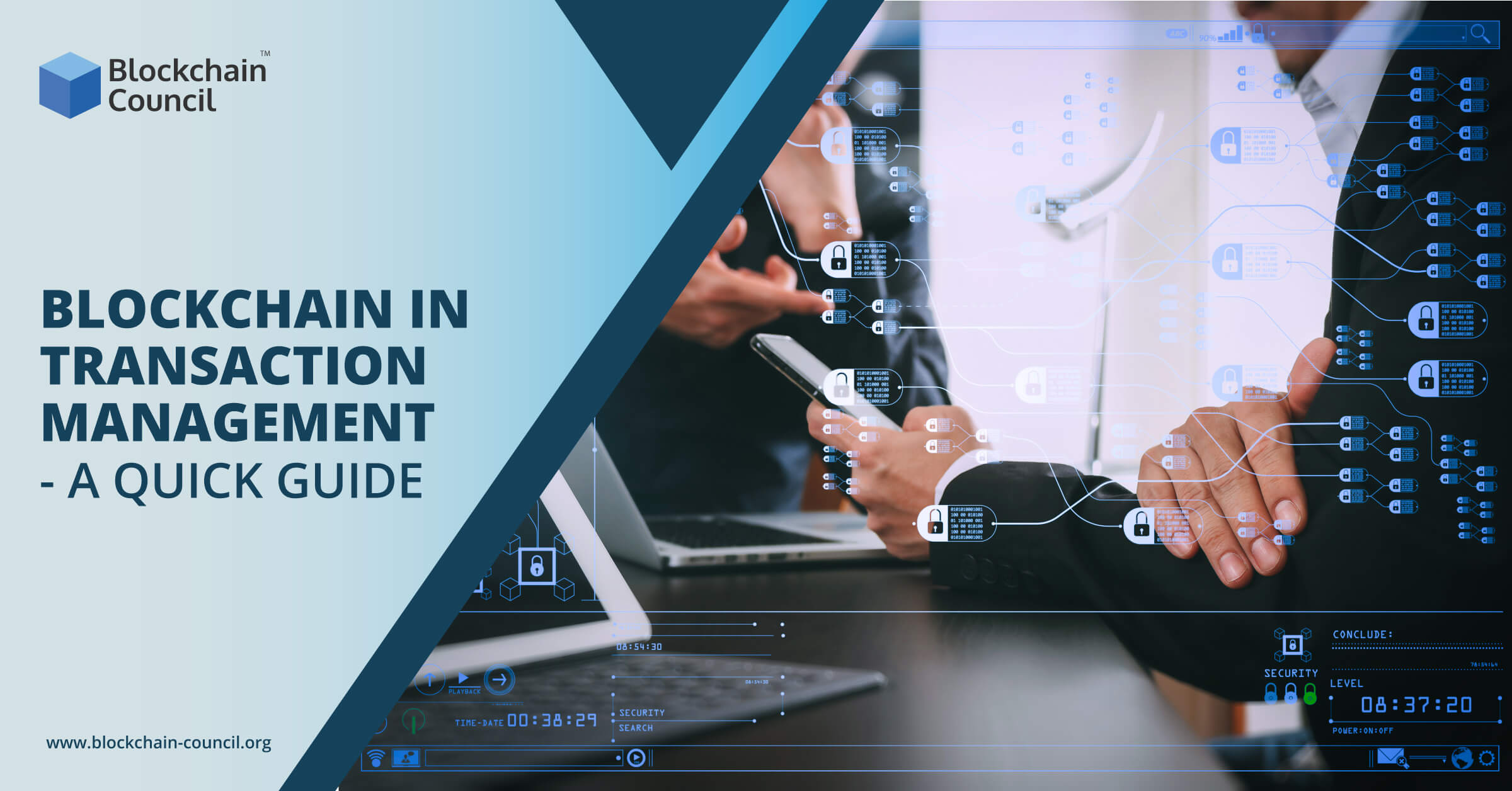 Wondering what is the role of blockchain in transaction management? You have landed on the right page. The article below explains the concept of blockchain, illustrates how it is different from traditional approaches and what are its role in the transaction system.

Introduction to Blockchain and Finance Services

Today nearly all banks are looking to adopt new technology to shift from conventional banking practices to convenient banking services. One such technology that has captured the attention globally is Blockchain technology. It is a distributed ledger that has emerged as one of the most groundbreaking applications and has the potential to transform the workings of the financial sector, especially in terms of transaction management.

Blockchain is a series of connected blocks, containing a record of data managed by different peers, not owned by any single entity and highly secured by cryptography principle. It includes three main properties, such as transparency, decentralization, and immutability, making it favorable for transaction management.

Want to become a certified blockchain expert but don’t know where to start? Check out the best blockchain certification courses here.

As we continue to see banks, brokerages, insurers, regulators, and others actively testing ways to harness the benefits of blockchain, we can say that the journey has only just begun. Some of the significant advantages of blockchain technology are that it is safe, decentralized, secure, transparent as well as relatively cheaper.

Role of Blockchain in Transaction Management

Blockchain is a distributed ledger that uses an append-only model, which means a new block of records can be added to the blockchain, but past data cannot be deleted. Each block in the blockchain is approved by an individual entity secured using cryptography to safeguard the reliability of the database. Also, all large amounts of record-keeping transactions and operations can be recorded using blockchain distributed ledgers that prevent frauds and are unalterable.

Now, as we have gained a clear understanding of what is Blockchain technology, let’s explore how this technology is facilitating the transaction management.

Before understanding this, let’s understand what is the core function of all businesses? The answer is ‘keeping records of transactions’. This is due to the reason because these records are useful in tracking past performance and helps with forecasting and planning for the future. But most organizations’ records take plenty of time and effort to create, and often the creation and storage processes are prone to errors.

As ledger is distributed all across several nodes, which means that data is replicated and stored instantaneously on each node and when a transaction is recorded in the blockchain, all the details of the transaction are recorded, verified, and settled within seconds across all nodes. Since each transaction is transparently and permanently recorded, this means it is open for everyone, and there is no need for third-party verification required.

A smart contract is a self-executing contract with specified terms and conditions between the parties to the contracts, that extend the blockchain’s usage from simple record keeping to automatically implementing terms of multi-party agreements. Ethereum, Hyperledger, NEM are a few top blockchain-based smart contract platforms.

Want to learn more about smart contracts? Check out the certification courses and become a certified smart contract developer now!

Blockchain, a distributed ledger technology, has the potential to transform well-established financial institutions and bring lower costs, faster execution of transactions with improved transparency, auditability of operations, and other benefits. Although technology is still in its developing phase, it is pretty sure that it is much beyond cryptocurrency. It is revolutionizing the way we transact and how we record and verify transactions, and of course, this is just the beginning and not the end of advancements.

Ways Through Which Blockchain Companies Earn Money
Scroll to top