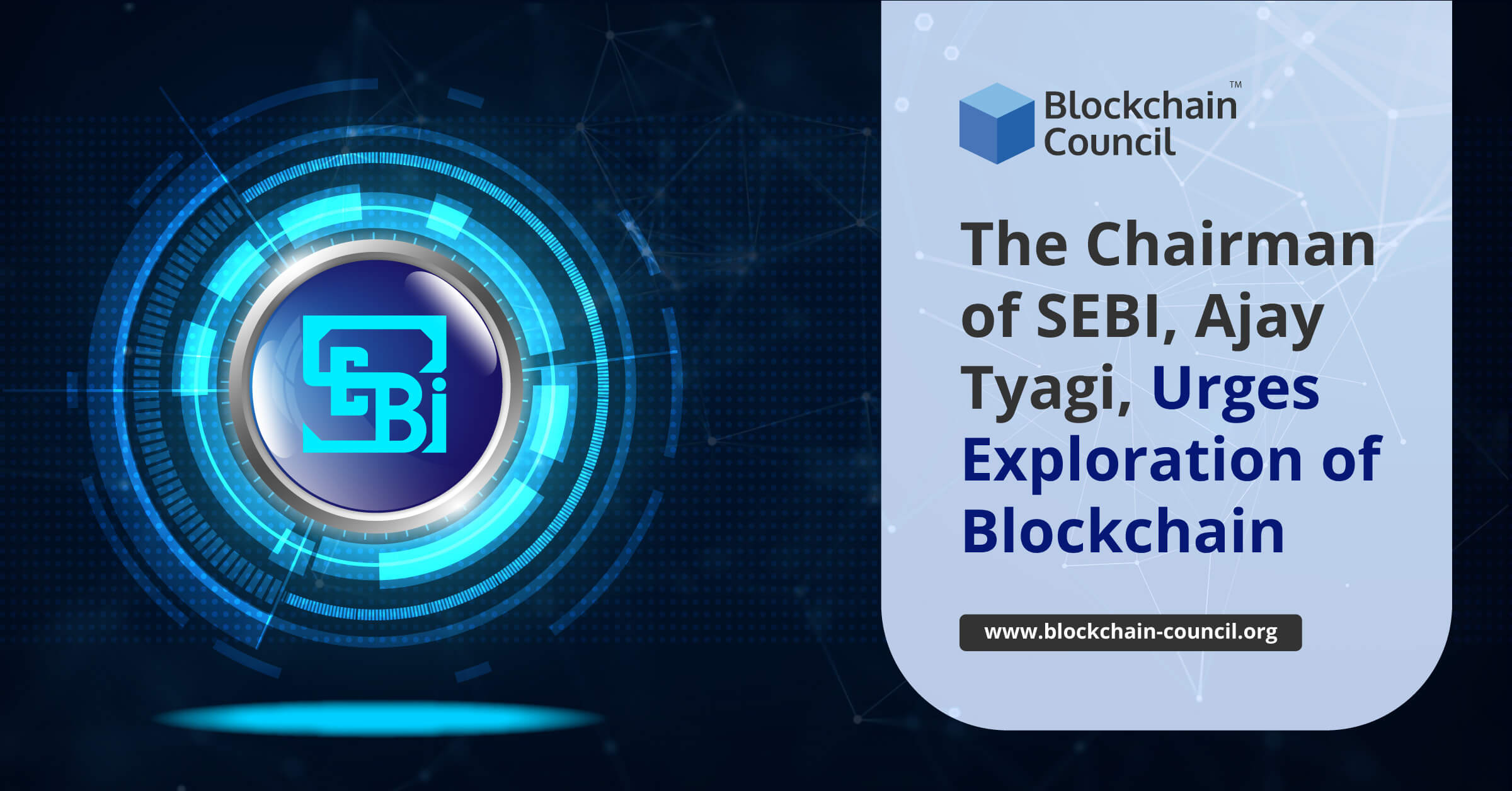 Ajay Tyagi, the Chairman of the Securities Exchange Board of India (SEBI), is highly confident about the potential of blockchain technology and urges the exploration of blockchain technology in securities markets.
SEBI is a regulatory body of the securities market in the Republic of India. Its objective, as stated by SEBI, is “to protect the interests of investors in securities and to promote the development of and to regulate the securities market and for matters connected therewith or incidental thereto.” It is the counterpart of the Securities and Exchange Commission of the United States.

Established in the year 1988 and located in the business district at the Bandra Kurla Complex in Mumbai, it is primarily responsible for three main groups: investors, market intermediaries, and issuers of securities. The Securities and Exchange Board of India passes rulings and orders in its judicial capacity, conducts enforcement actions and investigations in its executive capacity, and drafts statutes and regulations in its legislative capacity.

Speaking at the research conference held on 23 Jan and titled, ‘Changing Landscape of Securities Market’ that was organized by the National Institute of Securities Markets, Patalganj, Ajay Tyagi spoke about the applications of machine learning, artificial intelligence, and blockchain that have the potential to bring about a paradigm shift in the securities markets landscape.

As stated by Ajay Tyagi at the conference, “Blockchain could be used in clearing, settlement, and record-keeping given its benefits in maintaining records in distributed ledgers, while still being a single source of truth.”

He also quoted the example of some international blockchain projects and spoke about conducting research in these areas. As further commented by Ajay Tyagi:

“Blockchain-based solutions are being developed by some foreign exchanges for settlement and by domestic exchanges for KYC record-keeping purposes. There is a need for active research into these technologies to explore their best possible usage in securities markets.”

He expressed his opinion that technologies such as blockchain, machine learning, and artificial intelligence are still new and untapped and mentioned that active research must be conducted in these for exploring the possible areas in which they can be applied in securities markets. He mentioned that blockchain-based solutions are nowadays being increasingly used for settlement purposes in some foreign exchanges and in KYC record-keeping purposes by some domestic exchanges.

He also spoke about the ‘innovative sandbox’ framework of SEBI, to help facilitate the development and adoption of innovative fintech solutions in securities markets. He said that this would provide both individuals and firms with a testing environment that will aid in the offline testing of fintech solutions.

Ajay Tyagi also mentioned that technology has helped transform capital markets to a great extent. As further stated by Tyagi:

Though the Indian Government is positive about applying blockchain in multiple cases, it is not very positive when it comes to cryptocurrency.