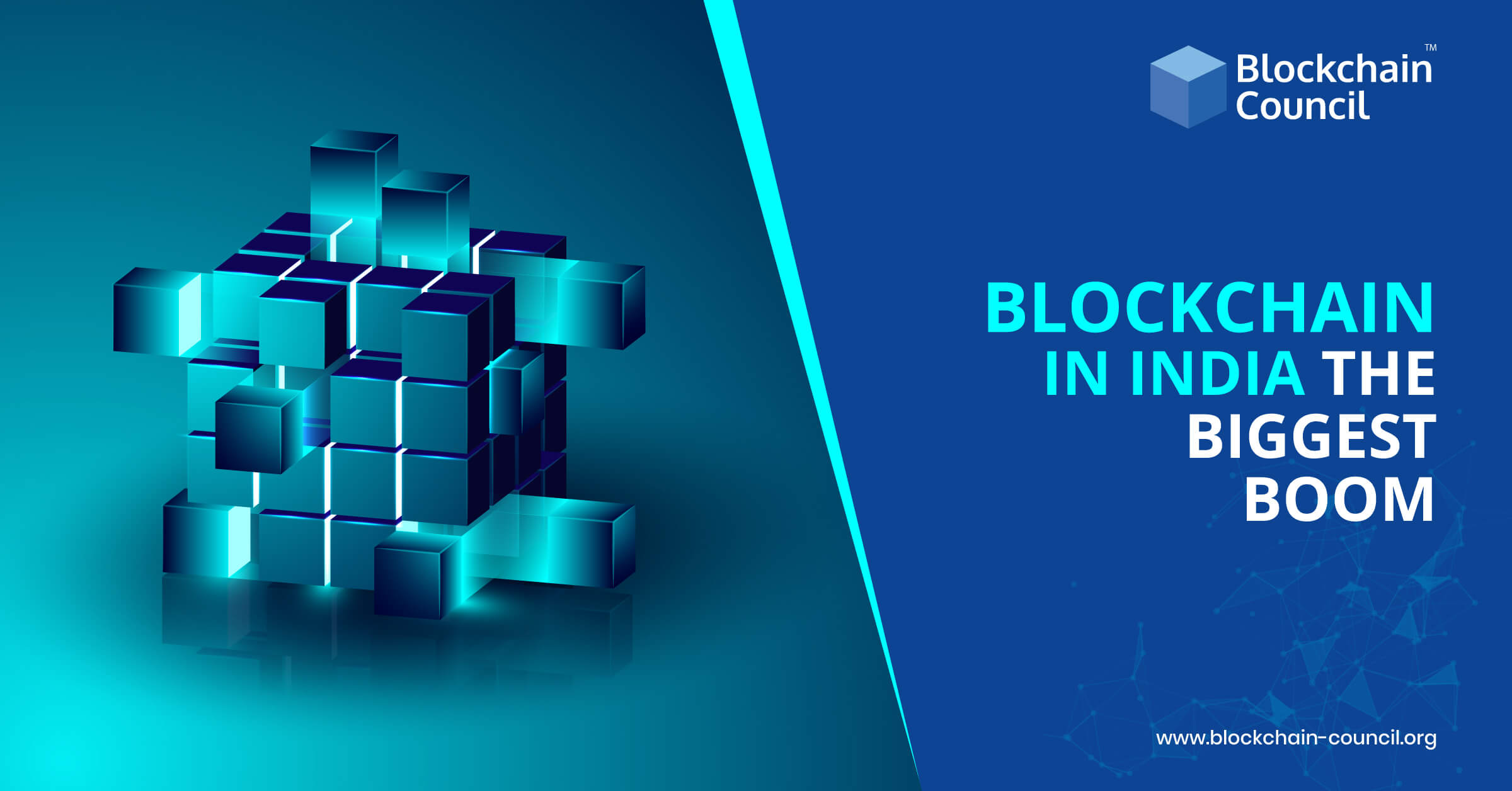 Wondering if India really ready for blockchain adoption? This article illustrates some success stories of Blockchain technology, including the reasons for its boom and challenges that the country has to deal with.

Blockchain is the most revolutionizing technologies these days, and due to this blockchain job market is booming. Today, this technology has become a magic word for almost all the top organizations. The skyrocketing demand for blockchain jobs has also translated into a significant salary bump.

In the present, certified blockchain experts are great in demand. Whether you are aspiring to become a Blockchain developer or an architect, let’s discuss how this technology is widely in adoption and proving itself as a boom.

Apart from Blockchain as a technology, Blockchain can also be seen as a cloud platform. Let’s have a quick overview of the success stories related to Blockchain in India.

Came up in 2005, Indian universal identity “Aadhar Card” offers a unique ID to each individual, and within a year, it successfully issued around 1 billion digital identity cards around the country. Although Aadhar works in a seamless connected manner, its security loopholes are a significant concern.
But with the introduction of Blockchain technology, where verification is based on Zero-Knowledge Proofs using SSI (Self-Soverergin Identity), that will enable verification to take place without compromising the integrity of documents in a decentralized manner. Thus, the Indian government can Blockchain all the nation’s ID than any other around the world.

Today, the Indian Government is massively pushing towards Digital Economy through various incentives, and “Zero-0” balance bank accounts opened and verified instantly with all facilities.
Unified Payments Interface (UPI) introduced by our Govt Body NPCI (National Payments Corporation of India ) is one of the finest development in the fintech sector. This facility enables people to transfer money instantly 24*7 with zero transaction fees with real-time settlements. Other UPI benefits include security, rewards and cashback, and privacy for bank accounts, best for small purchases and more.

NPCI has also announced launch of Vajra Blockchain Platform , a kind of protocol for Core Banking that aims at making already efficient process much more efficient and secured.

According to the Telecom Regulatory Authority of India, all the telecommunication companies have been advised to adopt blockchain technology with the main focus to eradicate phone spamming. Although technology will not completely solve the phone spamming problem, it will enable only registered users to engage in telemarketing activities. Moreover, the technology allows appropriate agencies to track and locate the perpetrators as well.
Blockchain can be seen as a technological miracle that is fair, transparent, and secured that is helping to bring back the lost freedom of the internet globally.

Moreover, Tech Mahindra, with Quantoz, is developing its Blockchain to facilitate its operations. On the other hand, the Tea Board of India has its intention of adopting Blockchain technology to promote transparency and improve traceability in trade operations.

Today, almost all the mainstream industries, including healthcare, finance, banking, logistics, and others, are adopting blockchain technology to enhance their overall productivity. What you think are the major reasons for Blockchain’s boom?
Let’s discuss a few of them briefly.

Blockchain ensures on-chain and off-chain scaling solutions that will increase the transactional capacity of blockchain networks.

Blockchain not only guarantees enhanced security, but greater transparency, increased efficiency with improved traceability, and reduced costs.
The introduction of decentralized applications(Dapps) gives a new look to the world in terms of trust and security.
Last but not least, the demand for blockchain developers as they are less in availability but hot in demand.

For a secure and transparent digital world, Blockchain can be seen as an upcoming superpower. At present, organizations and businesses are increasingly willing to adapt to blockchain technology. Although, the technical complexities and operational overhead involved in creating, operating, and maintaining its infrastructure act as a barrier. Blockchain, as an emerging superpower, India needs true solutions to tackle major problems, including data breaching, corruption, tampering middlemen intervention, and other issues.

Not only this, according to the Indian Prime Minister Narendra Modi, “India’s youth can lead a revolutionary movement using Artificial Intelligence and blockchain technologies with value addition.”

The advancement of blockchain adoption is unavoidable, which will result in various current practices becoming obsolete. The world has reached an inflection point that will change the way we operate, and the reason is Blockchain.

So why wait? Get yourself enrolled in the best blockchain certifications and stay evolved.