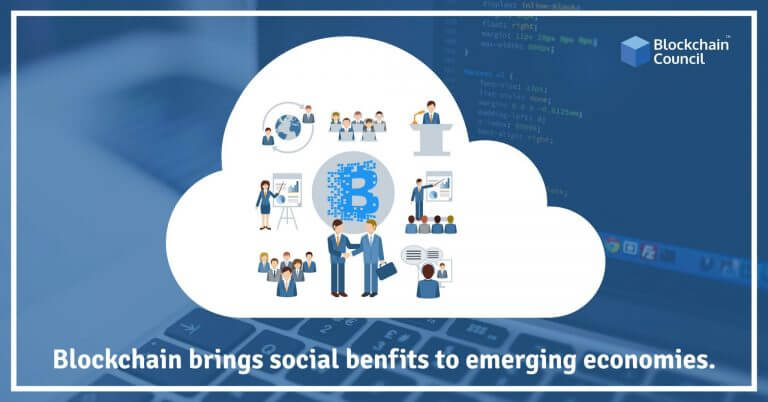 Developing nations like India have taken up the challenge to adapt to the new inventions that will help them stand equal to other nations of the world. One of this is the adoption of Blockchain technology. The reason why developing companies are focussing so much on Blockchain is that this technology paves the way for future development. When it comes to Blockchain, then both developing and developed nations lack the much-needed regulation. It is because of this the rate of adoption of Blockchain is slow. However, in the last few years especially in 2018, we have seen immense growth in the Blockchain technology.

The blockchain is a digital platform that works on the principle of decentralization. It makes information exchange and verification easy and quick. It is this aspect of Blockchain or DLT as it is popularly known, that many nations and companies are working towards exploring Blockchain based applications.

Challenges Of The Emerging Market?

Another common problem is that most of the transactions in the emerging markets still rely upon physical cash exchange. This further results in black marketing and other illicit activities. Such amount goes unreported to the government and thus affects the growth of the nation.

It is the need of the hour that emerging markets start exploring new avenues of growth and technologies that can help them curtail all these issues. An important point to note here is that while adopting new changes, it is important that this requires seamless integration of new development at all levels.

What Are The Steps Taken By The Developing Nations To Adopt Blockchain?

It would not be wrong to say that many nations are slowly emphasizing on implementing Blockchain and integrating it with their operations. Although Blockchain was initially concerned with the financial transaction with time, the developers unveiled new uses of Blockchain. This further led to the surge of Blockchain-based applications that can prove beneficial.

If we talk about some of the emerging economies, then India has is the frontrunner when it comes to adoption of new technology. The country is actively exploring new ways of Blockchain implementation. Read further to know what are the different works going on in the field of Blockchain :

IBM also initiated AI and Blockchain based project in India which is helping in improving crop yields for agricultural companies.

Well, Blockchain is a promising technology, and despite being a decade old, it has still not picked up the pace that it should have. Lack of regulation is one the key drawbacks along with scalability that is holding Blockchain from expanding its wings completely.

Why Blockchain Is Useful To Lawyers?
Scroll to top