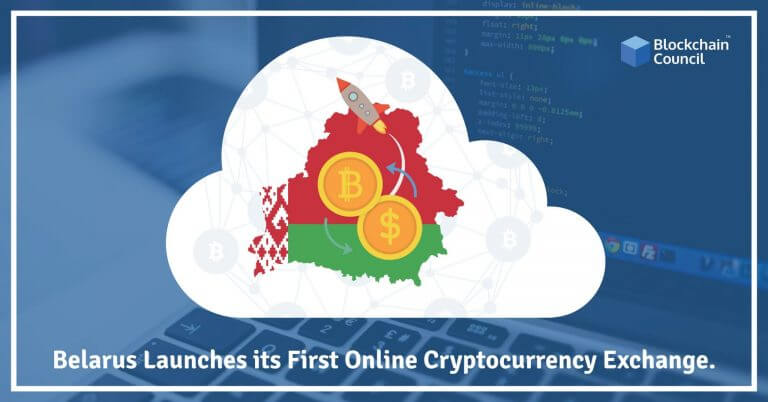 The landlocked Eastern European country of Belarus has emerged as a pioneer in the adoption of blockchain technology in recent years because of several legislations which have made blockchain ventures legal. One of the key pieces of legislation in this regard was The Decree On the Development of Digital Economy which was signed in December 2017 by the President of the Republic of Belarus, Alexander Lukashenko. According to the official press release, the Decree includes measures to liberalize the conditions for conducting business in the sphere of high technologies. The Decree makes initial coin offerings and transactions in cryptocurrencies legal and these trades will be exempted from taxes until January 1, 2023. Keeping up with other developments in the country related to distributed ledger technology, Belarus has launched its first cryptocurrency exchange Currency.com which will allow its citizens to trade cryptocurrencies for one another and invest in equity through Bitcoins. This is unprecedented in the world and can really help foreign investment in Belarus. Here’s a look at the state of Belarus’ first cryptocurrency exchange and what it means for the country’s economic potential.

London-based Belarusian entrepreneur Viktar Prakapenya in partnership with Russian businessman Said Gutseriyev launched a new trading platform which will allow users to trade in a broad spectrum of financial assets from around the world – all without fiat. Launched on January 15, 2019, the platform has been called the world’s first regulated tokenized securities exchange that is compliant with laws in the European Union. According to the official white paper, one of the biggest problems faced by cryptocurrency users around the world is that they do not have access to trade in the world’s most popular equities, indices, and commodities. They cannot trade in regulated financial markets unless they sell their cryptocurrency for fiat and pay taxes and a litany of fees in the process. The new platform has the added advantage of being compliant with laws in Belarus and to have a clear framework of laws to operate in. Due to the large variety of offerings, the newly launched platform received over 2,000 applications for registration within 2 hours of launching. This allows for setting up cryptocurrencies, ICOs, smart contracts and tokenized securities, including best-in-class  Anti-Money Laundering (AML) and Know Your Customer (KYC) laws. Currency.com will allow these cryptocurrency users a much wider array of financial instruments including:

The Decree On the Development of Digital Economy has led to the creation of a Special Economic Zone (SEZ) called the High Technologies Park in Belarus since the Decree legalized distributed ledger technologies in several forms. In under eight months, the Hi-Tech Park (HTP) has received close to 400 applications from a number of blockchain companies. Belarus is trying hard to attract IT professionals and technology companies by offering benefits in the form of tax breaks and SEZs to cut through the legal tape. So far, the policies by President Lukashenko seem to be encouraging innovation in the space as they have turned Belarus into one of the most comfortable places in the world for setting up a blockchain business. The benefits of a flourishing IT sector in is sure to benefit other sectors of the Belarusian economy as well.

How Does Blockchain Storage Work?
Scroll to top