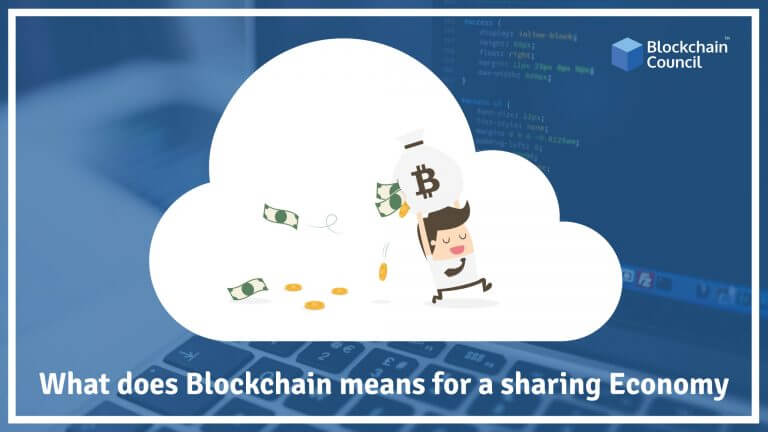 Blockchains, perhaps the most significant piece of technology to come out of the last decade, have promised to revolutionize almost all sectors of the economy. Blockchains are going to enable a whole lot of applications that were previously not possible. The idea of “programmable money” goes far beyond just payments and currency. With Blockchains, it is now easier than ever to ascribe ownership to content to ensure that content creators are remunerated more fairly for the work they do. Let’s explore how this sharing economy model is already making the world fairer.

With so much coverage that Blockchains have received over the last few months, every industry is rushing to incorporate the revolutionary technology in their systems. But we must first understand what makes Blockchains useful over traditional database systems. Blockchains, at their core, are simply distributed ledgers that are stored on several computers over the network. The nodes that utilize the network help secure the network by sharing their computing resources with the network. Because of the decentralized nature of the Blockchain, the database is immutable. Now, platforms like Ethereum have added the possibility of smart contracts, which are mainly computer programs that can be deployed in a secure and decentralized matter. The implications for this are huge as this allows for a plethora of opportunities which were, until now, impossible.

When we observe how the biggest corporations in the world right now operate, it is clear that they rely on users to generate content on their platforms to generate value. Organizations like Facebook, Google, Uber, and Airbnb all depend on their users to bring value to their networks. Facebook, which makes billions of dollars every year in revenue, would have no value if it didn’t have a user base that added content to its platform. The problem with this model is that the revenue generated is not fairly shared with all of the members that help generate content. Furthermore, these platforms are susceptible to censorship and rely on the whims of the managers who are part of the corporate hierarchy of the corporation.

The problem mentioned above is a prime use case for Blockchains because of their decentralized nature. Blockchains like Ethereum allow for smart contracts which can deploy software in a secure and decentralized manner. Therefore, with Blockchain implemented software, we do not need to rely on massive data centers to run the enormous profit-making platforms. There are already Blockchain based platforms like Steemit that work on this principle of decentralization and reward their users more fairly. Steemit users earn Steem Dollars depending on their popularity for the content they post. The rules governing the ownership and distribution of generated are already embedded in the platform, and this ensures fairness.

Blockchains will enable every device with an internet connection to interact directly with the Blockchain. This model further removes the need to trust intermediaries to instantiate communication and charge fees. Open Bazaar is the leading decentralized platform for an online marketplace like eBay or Amazon. However, instead of relying on a trusted middleman, buyers and sellers could transact directly. Anyone using the Open Bazaar protocol could create a listing on the platform. Once a buyer wants to make a purchase, they can initiate an escrow payment which is settled in a decentralized fashion using randomly selected arbitrators.

Decentralized carpooling platform Arcade City is doing something similar by creating an Uber based on the Blockchain. All of the code that handles the sharing of rides and other features is dealt by the Blockchain thereby reducing the need to rely on corporations. Since there are no middlemen, employees, and managers, the fees could be brought down significantly. Security is ensured using an in-app rating system that is censorship resistant on account of being on the Blockchain.

Ultimately, all of these Blockchain projects have one thing in common – there is no hierarchical organization, meaning there are no CEOs or management. These platforms are administered collectively, by all of the people using the platform. This ensures fairness as all of the users has a financial incentive to keep the platform healthy.