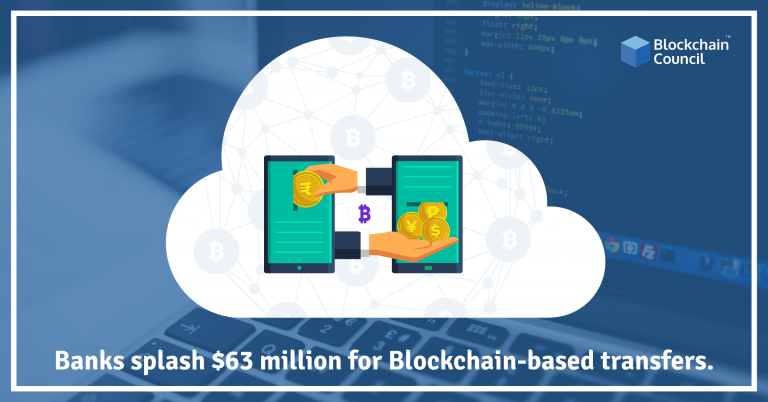 Some of the biggest banks in the world are partnering with Fnality International for creating a blockchain digital currency to enable faster cross-border transfers. These banks which have joined hands with Fnality International are mainly from the United States, Europe, and Japan. They hope that issuing a Utility Settlement Coin (USC) will help cut out intermediaries, which will aid in lowering transaction costs of cross-border payments. Fourteen banks are participating in this venture and Fnality International has received a capital of $63.1 million. United States’ State Street, Barclays of Europe, Japan’s MUFG Bank, Sumitomo Mitsui Banking Corp., and UBS and Credit Suisse are some out of the many renowned participants. As per reports, each of the Japanese banks has contributed several hundred million yen.

As commented by Jamie Dimon, Head of J.P.Morgan, about their digital token, “JPMorgan Coin could be internal, could be commercial; it could one day be a consumer.”

Fnality International makes use of a digital payment system which uses blockchain technology to settle financial transactions. It has been established with the aim of creating a network of decentralized Financial Market Infrastructures (dFMIs). It aims to deliver the means of payment-on-chain in future wholesale banking markets. It is backed by a consortium of financial institutions, including the Global Systemically Important Banks (GSIBs) who sponsored the “USC Project.” It believes that there would be widespread adoption of tokenization for both new and existing assets, thereby helping create new Value Chains. These Value Chains need a means of payment.

Banks have always exhibited a lot of interest in using blockchain digital currencies for efficient cross-border payments. xRapid, a product of Ripple which is tied to the XRP Token, is now used by numerous financial service providers across the globe. Ripple is a real-time currency exchange and remittance network. Wall Street Bank, J.P.Morgan has also been experimenting with the J.P.Morgan Coin, the digital token of J.P.Morgan. Currently, this J.P.Morgan Coin is used for cross-border transactions only by a small percentage of institutional clients.

USC is created to increase bank efficiencies. It is not intended to act as a new decentralized cryptocurrency like Bitcoin. For example, the digital token will operate when a client transfers money from Japan to the U.S. Following that, a Japanese commercial bank will transfer the specified amount of yen to the country’s central bank. After this, Fnality issues the equivalent amount of USC’s which are deposited into the account of a specified American commercial bank. An equal amount of dollars is immediately sent from this bank into the end client’s account.

As central banks will back these USCs, the risk of price fluctuations is mitigated and a stable method for interbank transfers is provided, unlike in the case of traditional cryptocurrencies.

Currently, cross-border payments involve multiple processes which involve the third-party intermediaries and the foreign exchange market, thereby adding fees and other extra costs. Blockchain-based USCs will allow immediate processing of orders as they eliminate the Forex portion of the trade. Fnality aims to issue the first USC by late 2020 after stepping up negotiations with central banks. Initially, the system will work with euros, pounds, yen, U.S. dollars, and Canadian dollars.

How does blockchain disrupt finance and data science?
Scroll to top