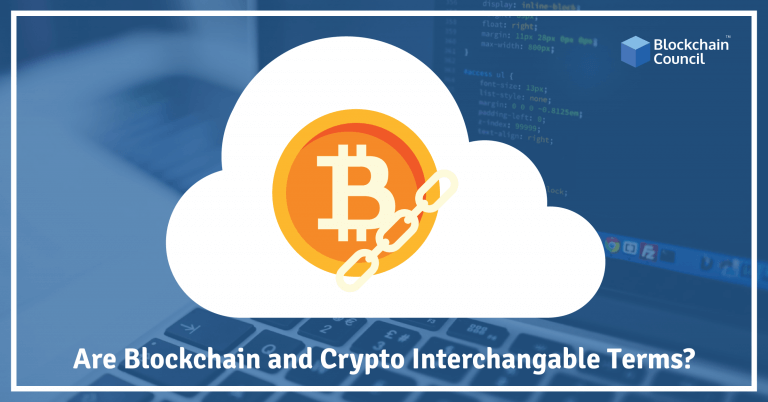 With the recent crypto bubble engulfing the world, you would have come across two prominent words: Blockchain and Cryptocurrency. Well, when it comes to origin and development, then cryptocurrency marks the growth of Blockchain technology. The Blockchain is the underlying technology for the cryptocurrency. Earlier, the term cryptocurrency and Blockchain was used interchangeably but later; Blockchain outgrew its traditional application and soon the need to differentiate between the two rose.

Today you may find many cryptocurrencies flooding the market, and Blockchain forms the platform on which the exchange of cryptocurrency takes place.

In order to understand, how Blockchain is different from cryptocurrency, it is important to dig deep into the meaning of these terminologies.

The Blockchain is basically a technology driving exchange of data. It offers a direct interaction between the two specific parties. Thus, initiating peer-to-peer transactions. It results in eliminating the need of having intermediary to confirm and validate any exchange which is otherwise prevalent in conventional transaction methods. Blockchain offers a decentralized platform to store information cryptographically by time-stamping it. As a result of which, it becomes easy to trace and track any transaction.

Initially in 2009 when Bitcoin came into the picture, Blockchain also surfaced as the technology supporting it. However, over a period, it bloomed and found other use cases. Traditionally, Blockchain was only used for cryptocurrency exchange, but with time, the technologists and developers learned about its other features and started using its various features for other applications. Like, the peer-to-peer transaction to streamline and quicken the transaction and validation process. Blockchain forms a chain of blocks. Various nodes in the Blockchain network intensely work in validating these blocks. They make use of different consensus mechanism to do so. Proof-of-Work and Proof-of-Stake are amongst the popular consensus mechanisms that the nodes use to validate the blocks and add to the system. All these information or exchange as you may say is encrypted cryptographically. Thus, making the information impervious to hacking or any kind of alterations.

These key features of Blockchain make it find useful in other fields as well. When we talk about cryptocurrency, then it is just one of the uses of Blockchain technology.

Blockchain became the platform on which Bitcoin exchange takes place. Later, this technology broke the barriers of its conventional usage and found application in various other fields. Cryptocurrency has led to rising of an era of new financial revolution where exchange takes place between two parties: the buyer and the seller.

Crypto is imperative to transact on Blockchain. But, without Blockchain, there would be no means to do the transaction. You can say that cryptocurrency is one of the applications of Blockchain technology. Although, there is an intrinsic difference between the functionality between they work well with each other.

Well, by now you would have understood that cryptocurrency is not Blockchain. You can say that Blockchain is the operating system like Android or iOS and cryptocurrency is an application, the exchange of which takes place on this platform. They are technically and functionally different aspects of technology, whereas Blockchain forms the basis for cryptocurrency exchange and many other applications, cryptocurrency is a digital currency which aids simple and easy transactions. There are people who still confuse between the two terms but they are two sides of the same coin, with one being a server and the other being the application which runs on this server (Server- Blockchain and application- Cryptocurrencies like Bitcoin).

The New Era of Blockchain & Crypto-Philanthropy
Scroll to top