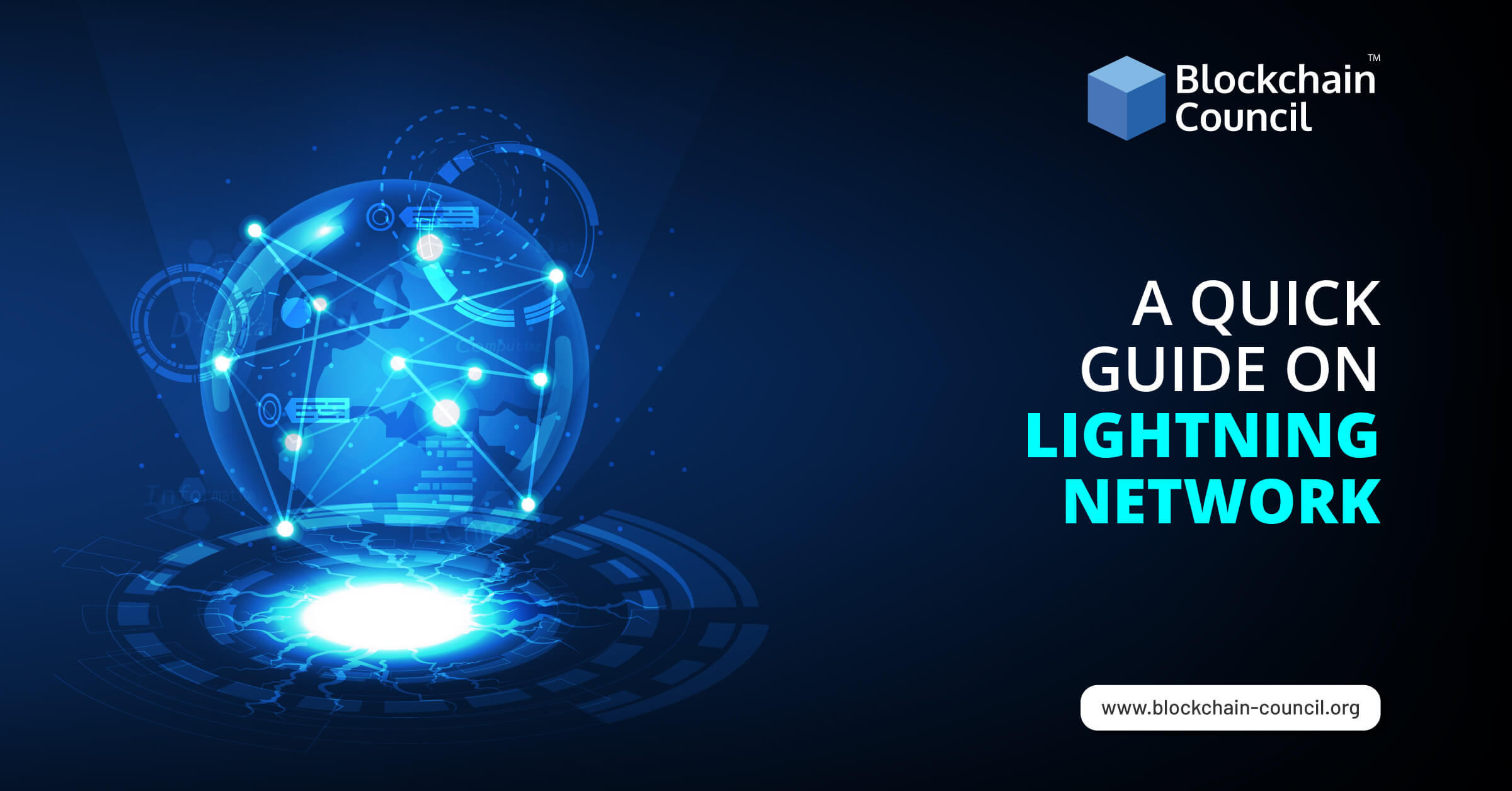 Want to learn all about the Lightning network? You have landed at the right place. The article illustrates what is the lightning network, highlighting the scalability issue of Bitcoin, its pros, and its cons. By the end of this guide, you will have a deep understanding of this network.

Bitcoin is the most popular decentralized peer-to-peer payment platform, but over the past few years, Bitcoin’s scalability is one of the major concerns. Additionally, small block size and longer confirmation times had been preventing Bitcoin from achieving mass adoption.

It is a “second-layer solution which means it is effectively a network that sits on top of the Bitcoin blockchain. In this network, lightning nodes can send and receive from the blockchain, but can also open off-chain “channels” between each other that can send value almost spontaneously and for a fraction of the cost.

Want to become a blockchain developer but don’t know where to start? Check out the best blockchain certification courses here and give a head start to your career.

It is a proposed solution to increase the scalability of the Bitcoin network by allowing “off-chain” transactions.

This network lets Bitcoin users continuously exchange payments without submitting each one of them into a block. Let’s understand its concept in a more detailed way.

Channels are multisignature wallets in which users store deposits that they can spend from to pay the other party, and for it to open, both sides need to sign the channel.

These two-way channels allow instant transactions between two parties, as long as the amount being sent doesn’t exceed the sender’s remaining balance.

Users have the freedom to close these channels at any time, which is done by submitting the last version of the channel to the main blockchain.

What’s so Special About This Network?

In Lightning Network, each node opens multiple channels, and these channels can further link between various nodes, and such channels can be opened directly between parties who wish to transact. Hence, if there are enough participants in the network, then communicating transactions worldwide becomes faster and more accessible than using the blockchain directly.

Now, as we have gained an idea about how things work in this network, let’s explore what its advantages are.

Are you looking for the best online blockchain certification courses? You are just a click away.

1. Some members of the crypto community are worried about the desire to redirect payments on the network that may lead to the opening of Payment Hubs, which could cause the platform to become more centralized. That means that well-funded nodes with thousands of payment channels could become powerful central hubs by which most network traffic would flow.

2. The concept of Lightning Network is still in its developing phase, and it’s difficult to say how victorious it could be until it’s being used by thousands of people globally. The network has many issues that blockchain developers and researchers are trying to solve, and it’s uncertain to say when it will be developed completely.

3. To overcome security issues, one has to “listen” to the network; that is, to be connected, that means one needs to be online to stop cheating. In the lightning Network, there is also a risk receiving payments on a mobile app that is not always online. Thus, the Lightning wallet needs to be online to receive funds.

In the years to come, we should expect the Lightning Network to experience a surge in popularity and adoption. Although the network is not quite ready yet, when it is, we can say that the Lightning network is the best solution that’s been developed so far by our well-known developers.