The world’s most famous cryptocurrency, Bitcoin continues its steady rise to new highs as the trading volume keeps skyrocketing through the roof. At the time of reporting, the bears were low by an estimated 5 percent. Moreover, in the last 24 hours, it has cleared $43,000 support as well. The current price of Bitcoin sits attractively at an average of $44,500. 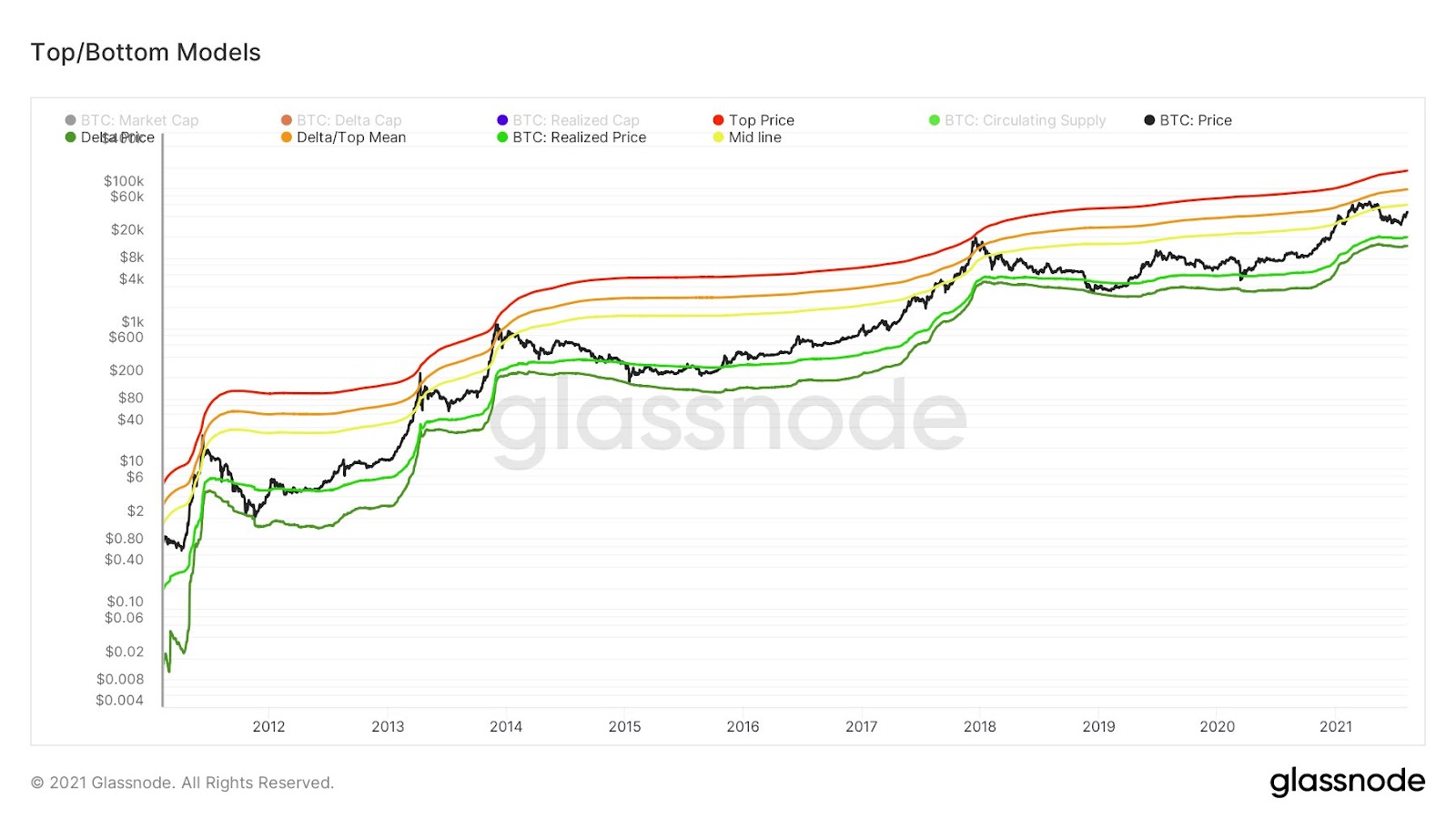 Just a couple of days before, the famous blockchain and crypto expert Willy Woo, stated that it is extremely important for Bitcoin to reach and smash the $53,000 mark, in order for it to address the supply and demand imbalances that have been created in the market in the past few months. He stated this while he cited the relevance and significance of Bitcoin reaching the $53,000 mark. However, as of now, it clearly seems that Bitcoin is well on its way to secure its position as mentioned above.

Bitcoin set to outperform market predictions in the long run

William Clemente, who is a popular blockchain and crypto analyst also provided his own insights into the subject in the form of a glassnode chart which serves as an attribute to the predictions made by Willy Woo. William’s analysis is indicative of the fact that Bitcoin is all set to topple the $57,000 barrier. 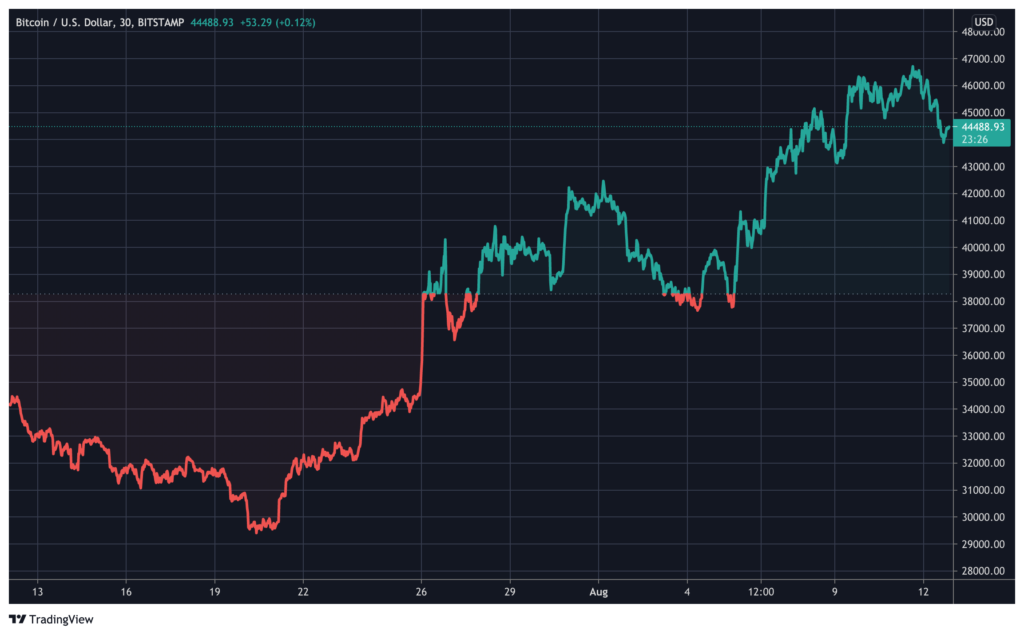 In further breakdown of the chart that he had provided, he goes on to explain on an assertive note, that the next phase in which Bitcoin will move into will see it jump to $92,000, and what is even more interesting, is the fact that this prediction gets even better.

According to the chart provided by William, it can be clearly seen that Bitcoin will not only surpass the much-anticipated mark of $100,000 by the end of this year, but the probability is there that the oldest and the dominant cryptocurrency will eventually reach a never before seen price mark of $175,000. The chart predicts that this is the direction in which the cryptocurrency is headed right now in order to reach a position that it has never done ever since it was introduced in the market.

William stated that Bitcoin is now more than ready to reclaim the yellow middle line heading for a confirmed bullish run, which currently can be predicted to reach $57,000. According to him, if this position is confirmed, then the next target would be $92,000 which will be indicating that it has reached the delta/top (orange) position. He further added that if Bitcoin can reach this position, then according to the predictive analysis, the cryptocurrency would then haul for the next big jump, which at this point is sitting at an estimated worth of $175,000.

Ever since the beginning of August, analysts from all over the world have come up with analyses that suggest a bullish development for Bitcoin. It seems that analysts have collectively started agreeing upon the fact that bitcoin has solidified its base at an estimated $40,000. They suggest that this would enable the cryptocurrency to sustain new growths that it will gain in the future.

This analysis is extremely significant for the Bitcoin market, especially this year. This is because this predictive analysis has the potential to clear up the agitations concerning a superficial demand in the market, which, according to reports, was the primary cause of Bitcoin’s impotence to uphold a valuation of $60,000.

However, it is a matter of fact and goes without saying that the market at present is witnessing the cryptocurrency treading another high territory as the trend is going upward once again. If one can examine in detail the factors which are at play behind this upward trend for Bitcoin, then a perspective of clarity can be gained from the transactional activities of the cryptocurrency in the present scenario. In a recent twitter post, William has elaborately pointed out the obvious fact behind this prediction.

According to William, and according to his analytical observations, it is clear that many newcomers in the world of cryptocurrency are investing and buying bitcoins in an insane level of vigour. He mentioned that their holdings have been increasing exponentially as a percentage of the overall supply and also, as a percentage of the available supply which is in control of a group of individuals with a spending history that is very little in terms of transactional activities.

To conclude things, one can say, and in an extremely hopeful sense that the strength of the market at this point of time is by far and large, quite strong and bullish. Even according to reports from Glassnode, there have been no such records that imply cases of urgent selling from entities who have been long term holders. It is most certain that Bitcoin has a lot of space to thrive in this month of August.