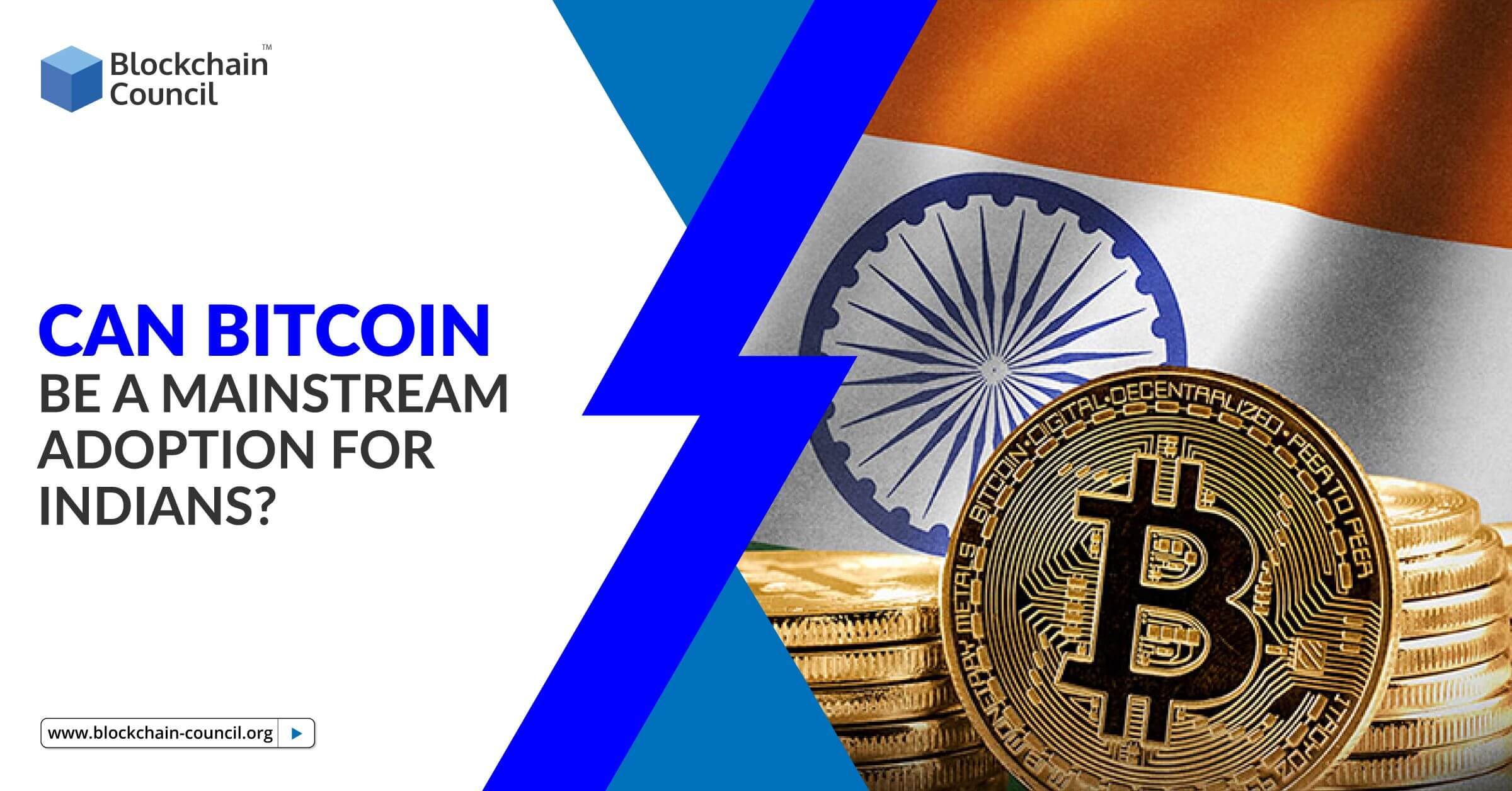 If you are wondering whether bitcoin will become a mainstream adoption, you are on the right page, as this article will help you in figuring out.

Why is Bitcoin a Buzzword?

Due to regulatory concerns, banks have overlooked cryptocurrencies like Bitcoin, but today, bitcoin is on a surge. After the RBI approved cryptocurrency exchanges and removed all the bans, the crypto world has started swinging up in India. The RBI’s decision is considered to be a remarkable step for all the crypto enthusiasts who can now trade with cryptocurrencies. Moreover, the coronavirus pandemic can also be seen to improvise the business case for cryptocurrencies. Many startups and investors have shown their interest in the crypto world. Coinpaprika and Okex, after analyzing the Indian crypto sector, highlighted the key drivers that will make the Indian crypto market booming, including instability of the rupee, regulatory environment, and remittances.

If you are interested in learning all the ins and outs of cryptocurrencies and want to become a certified cryptocurrency trader, check out Blockchain Council.

The major reason for cryptocurrency’s growth is the Supreme Court’s decision to overturn a ban on cryptocurrencies.

As Bitcoin is not controlled by any government, and its value is based on market principles, it is attracting people’s eyes. According to the Indian crypto exchange, ZebPay, the price of Bitcoin rose from $757 to $1,020 in 18 days following the demonetization. This is because citizens of the country considered bitcoin as a safer option to store their wealth. When India encountered such a rose, the bitcoin price in the US was static during that time.

Bitcoin transactions are strengthening across India on Paxful and LocalBitcoins, which are India’s peer-to-peer, iconic cryptocurrency exchange platforms.

According to a spokeswoman for Paxful, India is one of the top five fastest-growing bitcoin user groups. It was also reported that from May 20219, Indian volumes grew around $576,000 to $8.97 million in July 2020. Talking about both the peer the cryptocurrency exchange platforms, Indian volumes reached around $13.7 million, which is obviously an unexpected surge.

As bitcoin and other cryptocurrencies don’t rely on third parties and static infrastructure, Siddhartha Dutta, CEO of a tech startup, Marlin, in Bangalore, believes that mobile mesh networking can be a contributing factor for slowly gaining traction in the crypto world.

Mobile mesh networking allows for inexpensive, high range, low-bandwidth, and low-power networks that allow users to send text messages and bitcoin microtransactions in areas where there is no network coverage.

A Closer Look at India’s startups

Despite the fact that the coronavirus outbreak has shaken the entire globe, various crypto startups and firms are coming up and looking forward to adopting the concept of cryptocurrency. This, in turn, is also increasing demands for cryptocurrency experts and cryptocurrency traders. Moreover, its decentralized nature, faster settlements, irreversibility, and security is encouraging the audience to trade with cryptocurrencies.

Ajeet Khurana, former head of the Blockchain and Cryptocurrency Committee of the IAMAI and former CEO of Zebpay, also talked about the rise in trading volumes during the lockdown phase and mentioned that daily crypto trading volume in India might be $10-$30 million.”

CoinDCX CEO and co-founder Sumit Gupta believes that cryptocurrencies can benefit everyone. However, he believes that for citizens of India to take complete benefit of crypto, they have to lay the foundation through appropriate education.

Conclusion- Is this a way to mass adoption?

Undoubtedly, blockchain and cryptocurrencies are making sense globally, but does it mean that bitcoin will become mainstream? According to Dutt,

“People are getting exposed to the internet, mobile-first,” but, he added, this growth should not be mistaken for “mainstream” adoption. India, with its continuous efforts, leads in various areas such as software and IT, but somewhere, it lacks effectiveness in blockchain and crypto space. The major reason for holding back crypto’s boom is the fear of a lack of regulations that would lead to scams and fraud that would further take cryptocurrency traders nowhere.