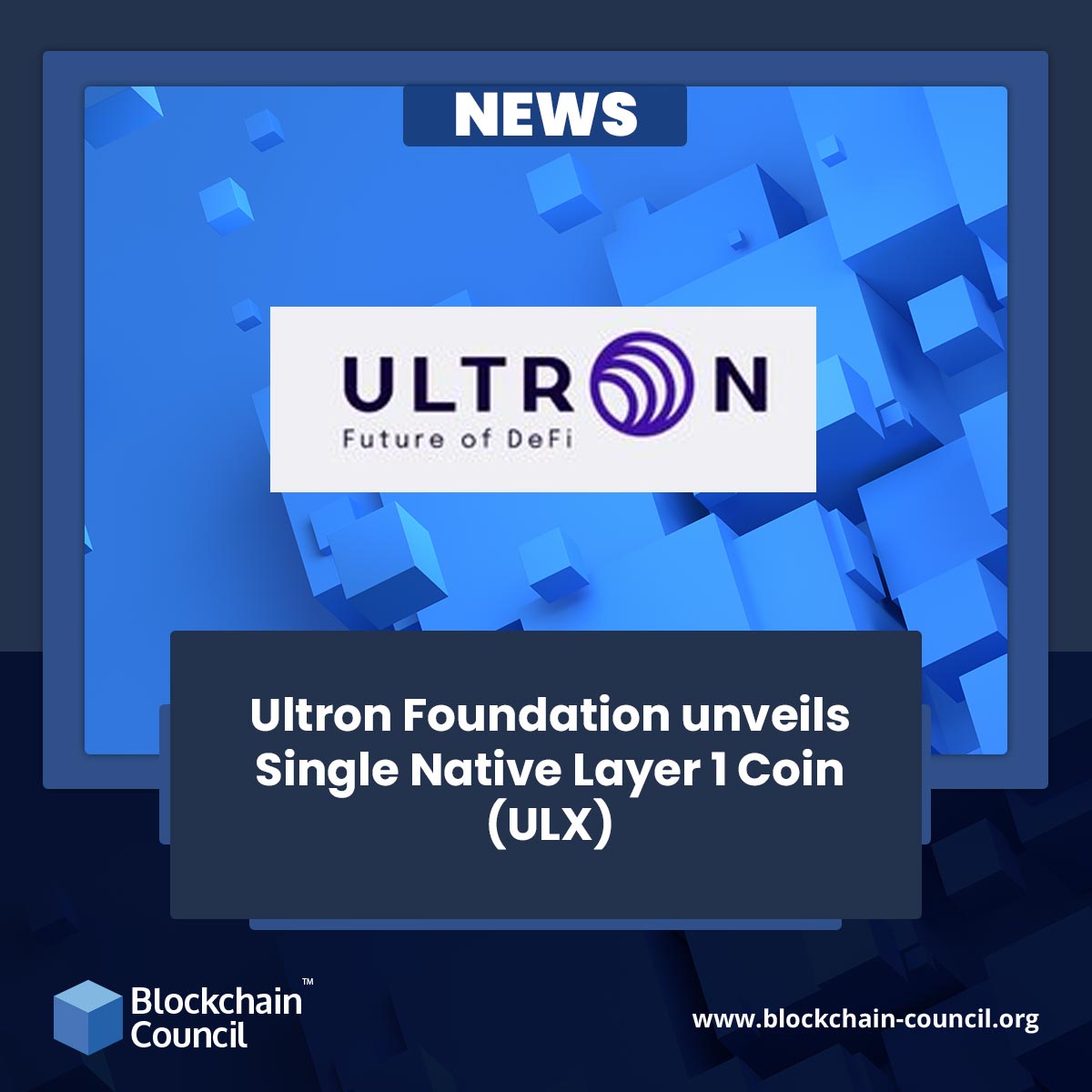 DUBAI, United Arab Emirates, June 15, 2022: The Ultron Foundation has announced the long-awaited launch of Layer 1 blockchain technology, which is set to revolutionize the crypto space as we know it. The crypto community was taken aback by the unveiling of the first-ever single native layer 1 currency (ULX), which offered a solution that marked the next stage in crypto progress.

Ultron envisions becoming a solution-rich application platform rather than a channel of competing brands that operate their own tokens as a stand-alone system accomplishing all within the capability of a single Layer-1 blockchain coin.

The crypto world is as perplexing as it is thrilling, and it is becoming increasingly complicated by the day. Regular individuals are finding it difficult to get involved with crypto due to its increasing complexity and ambiguity. Because the team behind Ultron was well aware of the problem of interpretation, they set out a clear goal: to enable everyone, regardless of their financial situation or technological skills, to contribute in the future of digital assets.

Inspired from Geoffrey Moore’s famous book “Crossing the Chasm,” the Ultron’s team believes it is time for crypto to move ahead and become a solution for the general audience rather than being a solution for early adopters only.
The team is aware that the widespread acceptance of any coin is not an actuality if an investor needs to attain and retain different tokens on multiple wallets, simply to engage in activities like transacting, long-term asset investments, borrowing or lending. These are the probable factors that a large portion of the general public is not entering the crypto space.

The issue of the general people not engaging in the crypto realm is about to change with the introduction of a single native Layer 1 token (ULX). Users will be able to access all of their digital assets through a single ecosystem that will include a range of apps and services in one location. Following the mainnet launch, a native Ultron Swap dApp will be released, marking the first of many native Ultron dApps to come.

According to Ultron’s roadmap and whitepaper, the ecosystem will include a decentralized exchange (DEX), De-Fi applications such as farming, trading, and liquidity pools, a native NFT platform, and much more.

By eliminating the need for a user to transfer tokens for different actions, deploying a single native Layer 1 currency saves transaction costs dramatically. Ultron’s team recognizes that crypto assets remain inactive for the bulk of the time, thus its customers will have a convenient way to stake their ULX holdings.

Staking will be straightforward with a simple user interface that allows users to stake their ULX at any time with a validator node. They can earn a 5% APY by doing so, or they can lock up their coins for a period of two weeks to 365 days and earn a corresponding reward rate of up to 13% APY.

Developing a healthy ecosystem is not enough for such an ecosystem to work, it requires more than simply a collection of interconnected apps. The system must be safe and quick, with reasonable transaction costs. Ultron provides this via its Proof-of-Stake consensus method. Its strong network enables transactions to be completed very instantly and at a fraction of the cost of traditional methods.