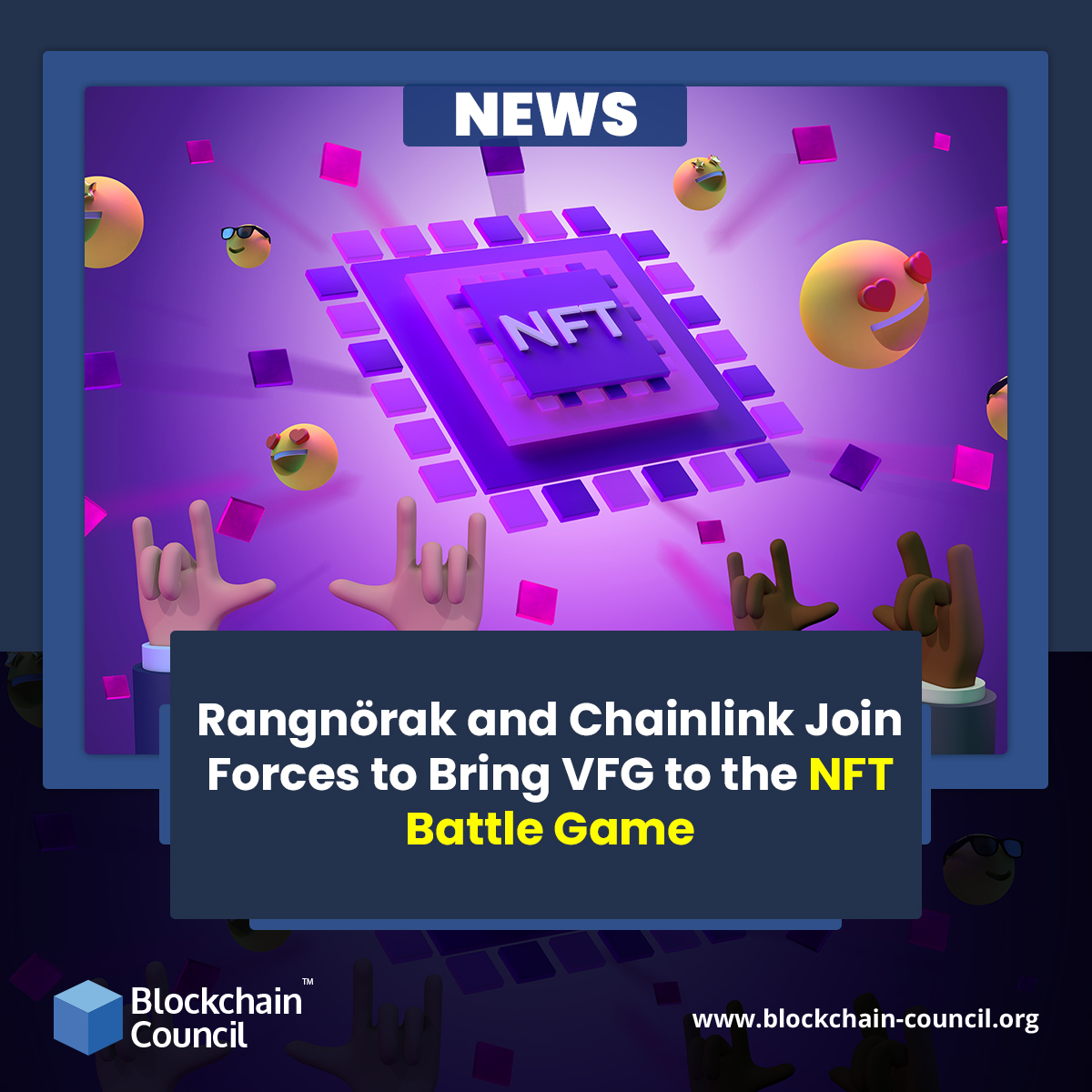 Ragnarök is a blockchain-based game that allows participants to compete in tournaments for prizes and NFTs. The game has found a solution in ChainLink’s new Verifiably Random Function built on the Ethereum mainnet to assure transparency and fairness throughout competitions.

NFTs and GameFi have grown increasingly important in the crypto ecosystem in previous seasons, prompting the creation of new projects and games to capitalize on this new opportunity. Ragnarök is the first of its type in the Ethereum blockchain, defined as “Gamified Automated NFT Drops.”

Users compete in 12-round tournaments in the NFT game until only one person remains. Despite the fact that winning the competition brings a large sum of money, the winner does not take it all home. After each round, contestants will be able to collect their rewards in native RROK tokens. Several obstacles stand in the way of the project’s goal of ensuring openness and justice during the events. As per recent speculations, the game’s solutions have been found in ChainLink’s new Verifiably Random Function, which was built on the Ethereum mainnet.

ChainLink is among the most well-known oracle networks in the cryptocurrency world. Decentralized exchanges often use the project to bring tamper-proof pricing feeds from third-party sources. Oracle networks developed with ChainLink can access any external API without having to worry about interoperability or protection.

With the new partnership with Ragnarök, ChainLink has entered the NFT and GameFi sector while handling billions of dollars in DeFi. The ChainLink VRF protocol ensures fairness and randomization in matching during games, as well as providing verifiable and auditable sources for the NFT combat.

ChainLink’s VRF protocol serves as a replacement for current random number generators. In Ragnörak’s defense, the present RNG alternatives necessitate additional time and resources to strengthen the infrastructure’s security. While miners and validators are likely to abuse on-chain RNGs, there is no method to assure the integrity of external RNGs.

ChainLink’s research-based, time-tested approach employs cryptographic proofs to assure that such errors do not occur. Ragnörak smart contracts will be reconfigured to only accept ChainLink cryptographic proofs. These results are verifiable and random, and they are only handled once the system has been proven to be tamper-proof. It would ensure that Ragnörak games are not altered in any way.

Rangnörak will also pay all of the fees associated with this procedure. The major purpose is to lower gas taxes and VRF costs. The protocol would allow the game to start, stop, and host rounds and games without compromising decentralization, which is something the game hopes to achieve with the incorporation of ChainLink Keepers. Because of the protocol’s capacity to provide randomization at a level never seen before, Masterbrews co-founder Keith Bussey feels ChainLink is exactly what the Ragnörak team has been waiting for.