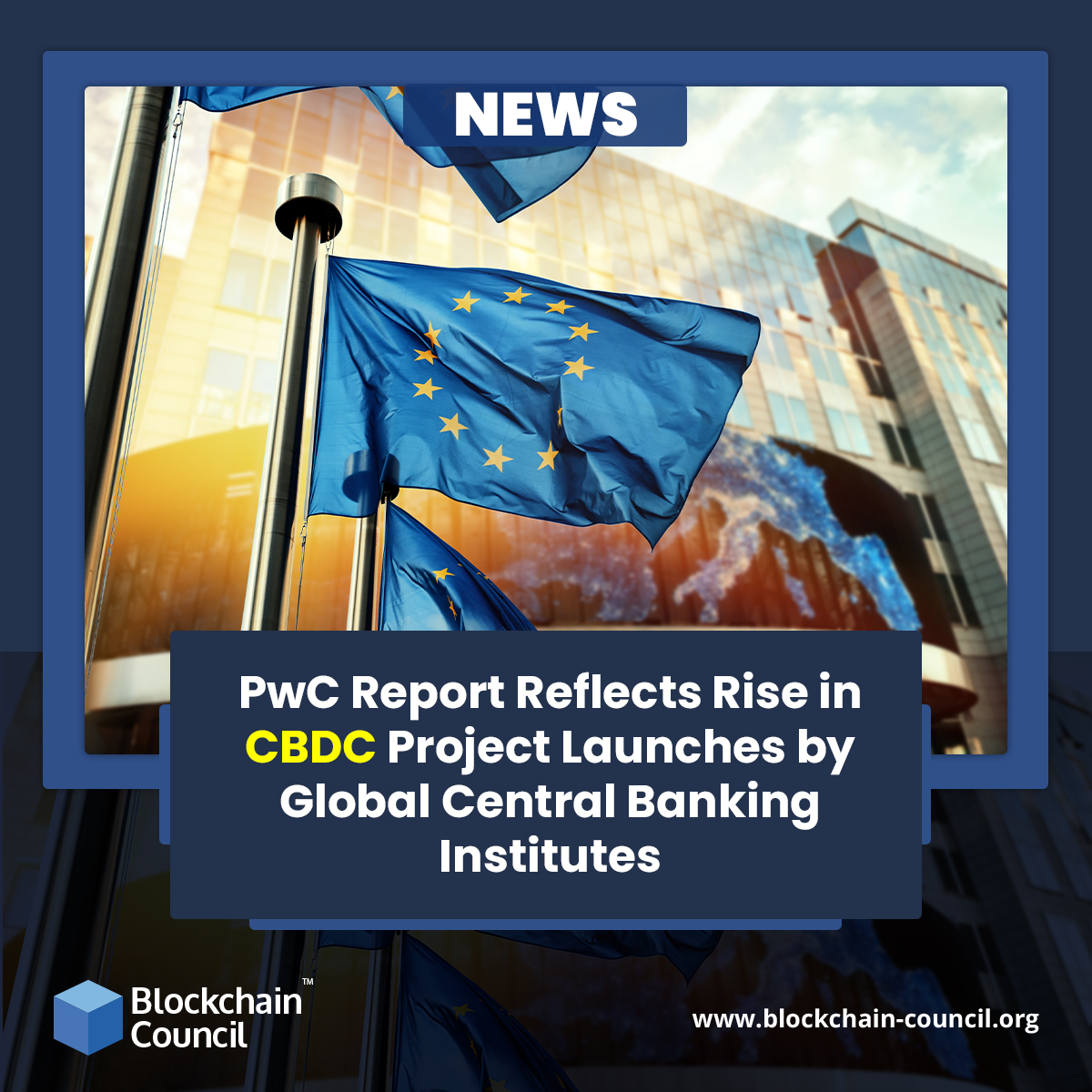 Thriving as one of the most renowned accounting firms in the world, PwC has released the annual index of CBDC and stablecoin projects offering an insight into the fast-growing industry. During the release, the team of analysts from PwC revealed that a majority of central bank institutions are planning to launch a Central Bank Digital Currency (CBDC) to reap the benefits of the burgeoning digital economy. The experts emphasized that central banks from around the globe will continue to explore the potential of CBDCs in opening new doors of economic exposure.

According to the PwC report, CBDC projects will play a significant role in facilitating cross-border transactions and economies of all regions participating in the system. These decentralized assets will pave way for seamless transactions with higher efficiency, lesser cost, and 24*7 payment accessibility all through the year. The report noted that in reality, retail CBDCs that are created for public exposure have attained higher maturity levels in comparison to wholesale CBDCs that are employed by financial organizations having accounts with central banks. However, there has been a rise in wholesale CBDC projects in recent times, said the analysts.

There has been quite a rage amongst government authorities in launching a CBDC token for their respective jurisdictions in the recent span. In 2020, China emerged as the first major country to roll out a pilot for retail CBDC under the brand name Digital Yuan. As of March 2022, the project is running across 12 cities in the country. The Sand Dollar presented by the Bahamian Central Bank in October 2022 was the first retail currency of its kind. Soon, the Nigerian central bank gifted its citizens with Africa’s first-ever CBDC ‘eNaira.’

The report highlighted some of the most hyped wholesale CBDC projects as well. The analysts placed the joint collab of the Bank of Thailand and the Hong Kong Monetary Authority ‘mBridge’ at the top spot in its report. The teams are working together to create a Proof-of-Concept infrastructure that will allow real-time, cross-border FOREX payments on a blockchain ecosystem. The list mentioned other projects like the initiatives undertaken by South Africa, Canada, Singapore, and France to expand digital exposure. The wholesale CBDC projects are known to enhance security standards for post-trade activities via powerful protocols. This helps to increase the overall efficiency of the market.

The report, for the very first time, gave a special mention to stablecoins. It stated that private tokens will continue to expand and grow along with CBDC projects. The stablecoin sector has reached a value of $190 billion in market capitalization in early 2022 and is likely to sustain its growth in a similar trend in the coming months too. These tokens offer plenty of the same advantages as CBDC tokens and that too with limited scrutiny and vigilance. The analysts feel that transparency associated with reserve assets including stablecoins will be an important concern for the involved parties. They emphasized the importance of regulatory control for the highest results.

The certified courses offered by Blockchain Council on cryptocurrencies and blockchain technology can help you learn everything from scratch about the sector. These courses are designed by experts to offer subjective as well as practical knowledge to the participants easily.

How Blockchain Technology Is Used In Cryptocurrency
Scroll to top