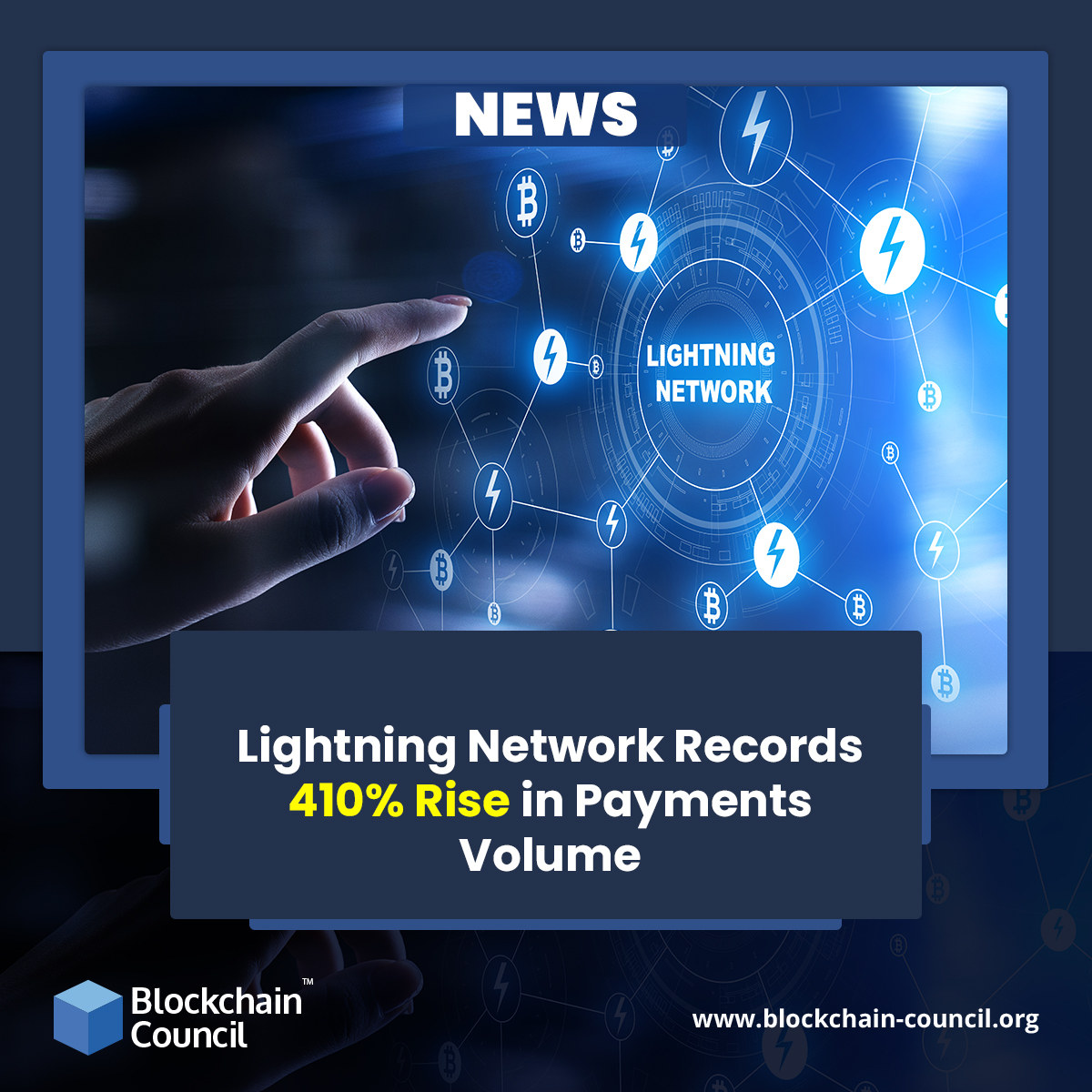 Working as Bitcoin’s L2 scaling protocol, the Lightning Network has witnessed a striking surge in the level of payments volume by a stunning 410% as it garners attention from the industry. In a recent report, the growth in popularity of the Lightning Network was highlighted citing the channel’s unprecedented competence in executing and processing transactions across the globe. Reduced cost and high transaction speed have made the Lightning Network a popular choice amongst crypto fans, global firms, and industry in general.

Popular media platform CNBC stressed the potential of the Lightning Network by giving some instances from the real world. The team mentioned the story of a Ukrainian refugee named Alena Vorobiova who is presently seeking shelter in Poland. Alena used Lightning Network to transfer BTC worth $100 from Miami. The amount was withdrawn from an ATM in the equivalent Polish currency within a total span of three minutes. The experts elaborated on the example of Alena to showcase the high-end efficiency of the scaling solution in managing transactions at a super-fast speed in comparison to the traditional channels.

The report published by Arcane Research conveyed that the number of payments executed on the Lightning Network in 2021 has doubled whereas the value of such transactions has quadrupled in the same time frame. Talking about the metrics such as Total Value Locked or TVL which is used for analyzing the adoption rate of the Lightning Network, the report shared some skeptical views. It gave a red signal to these measures stating that they do not consider private channels and invisible nodes for the purpose. They fail to assess the real-world use of the ecosystem and thus underestimate its presence within the sector.

The rise in the popularity of the Lightning Network can be, in some way, attributed to the surge in the users who have accessed the platform recently through apps such as Chivo wallet (El Salvador) and CashApp (US). In August last year, nearly 100,000 people had access to the Lightning ecosystem whereas by March 2022 this figure has surpassed the 80 million spot. Nearly 50% of the total value of these transactions came from P2P transactions between individuals. One-third was from withdrawals and deposits in exchanges while the leftover 20% came from purchases made through third-party vendors. The Lightning Network has managed to maintain its grip within the sector by offering solutions to the limitations present in the Bitcoin cluster.

The courses offered by Blockchain Council can help you develop your knowledge of crypto and blockchain technology. They are designed by experts to offer detailed information on the core concepts of the industry.