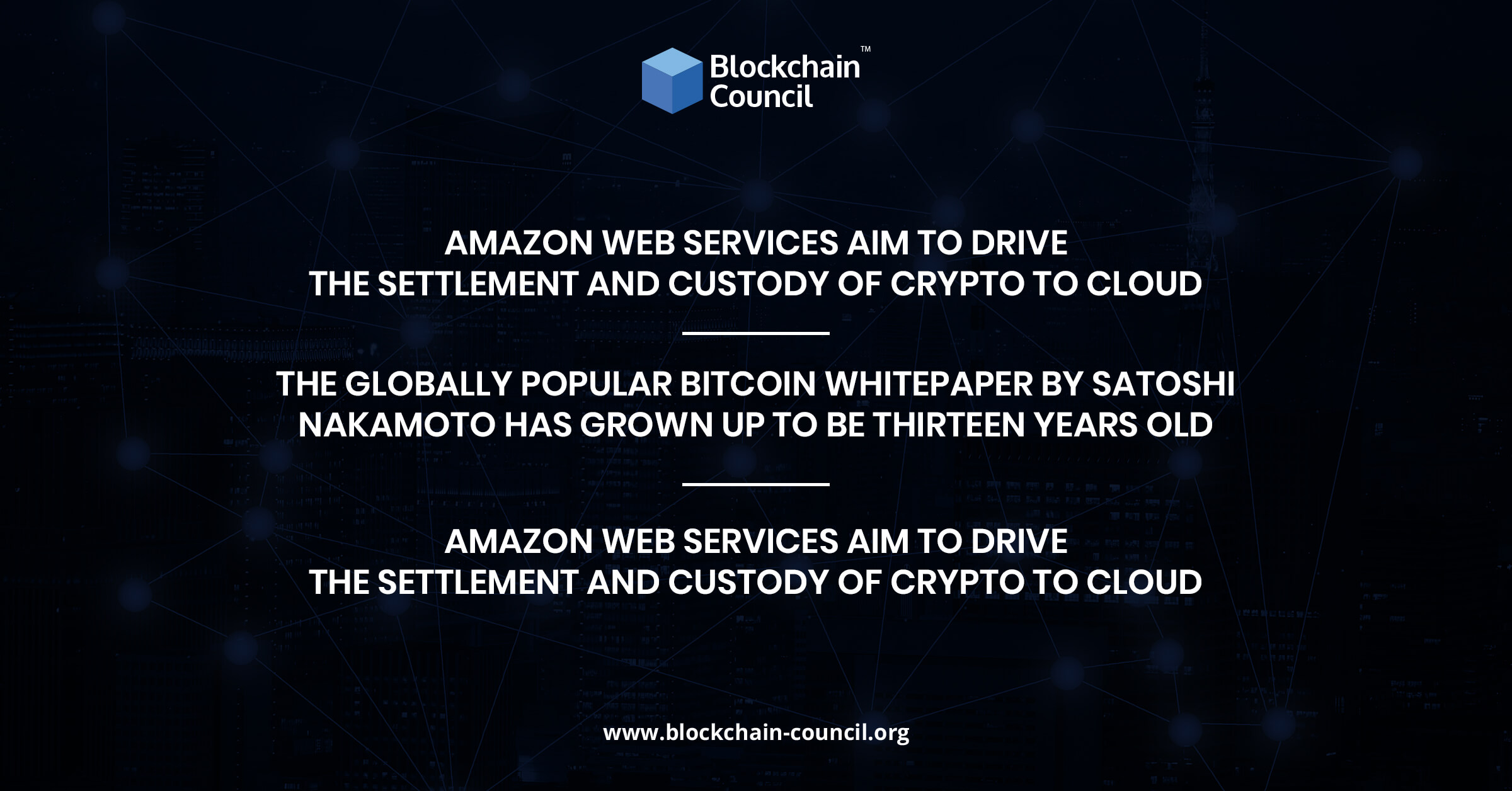 We bring you the top headlines impacting the blockchain and crypto space on 01/11/21 so you can stay informed and updated on the latest information. 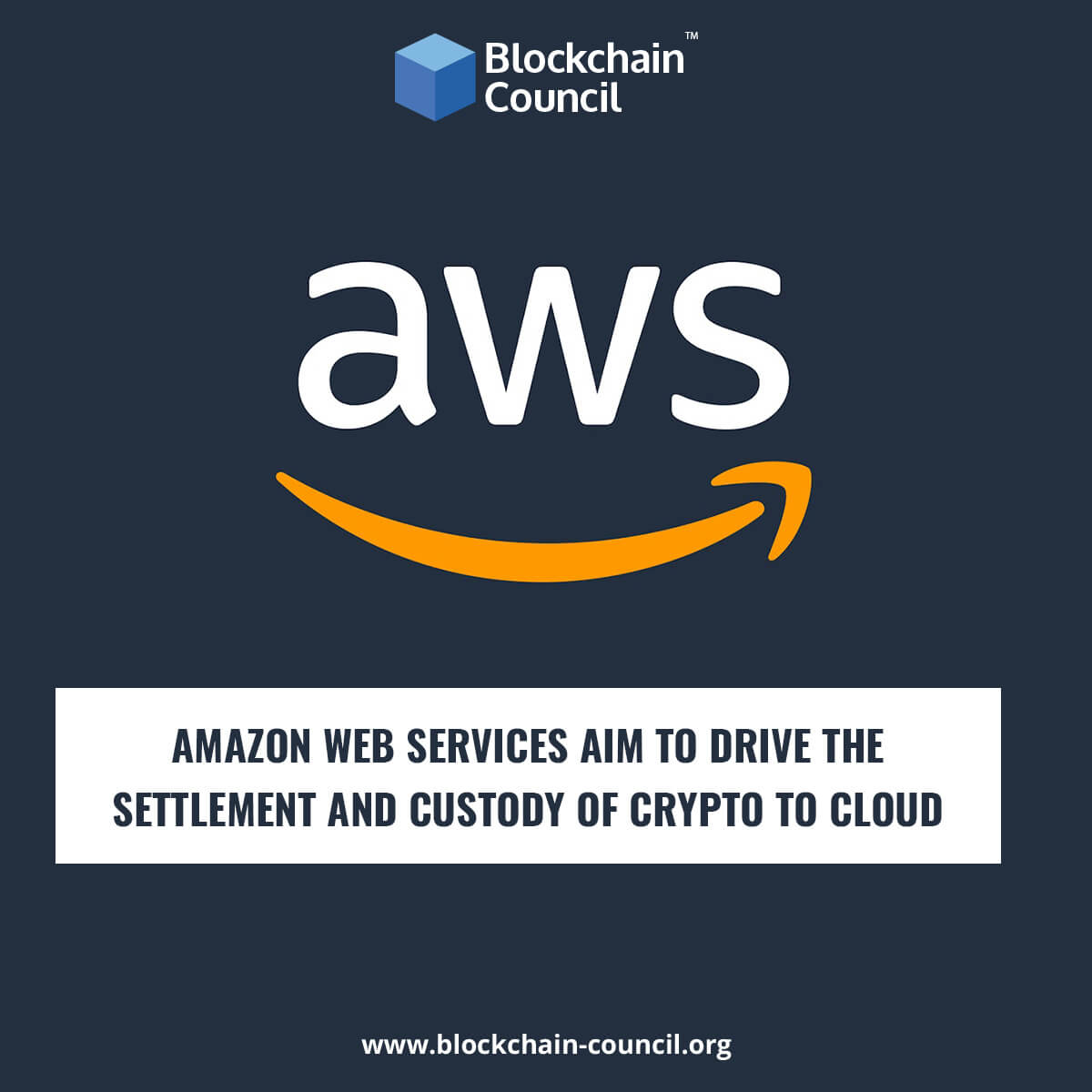 One of the most premium cloud providers in the world, Amazon Web Services, is looking for an expert who would help in fostering digital assets transaction processing, underwriting and maintaining custody in the cloud. It was observed in the recent job postings that came out from Amazon.

The global infrastructure giant is willing to invest in a Financial Services Specialist who will work and collaborate with innovative fintechs and global financial institutions in order to transform the way these institutions conduct their transactions with digital assets, and that includes CBDCs, stablecoins, cryptocurrencies, security-backed tokens, NFTs and asset-backed tokens. The specialist will be put in charge of price discovery till execution, settlement and even custody.

The highly anticipated move from Amazon is believed to include some form of payment token, a version of “Amazon coin” so to speak.

Meanwhile Amazon is developing their infrastructure to suit the needs of transaction processing in cryptocurrencies and custody is likely going to be a smart step in this direction, much like the way IBM is getting it done. 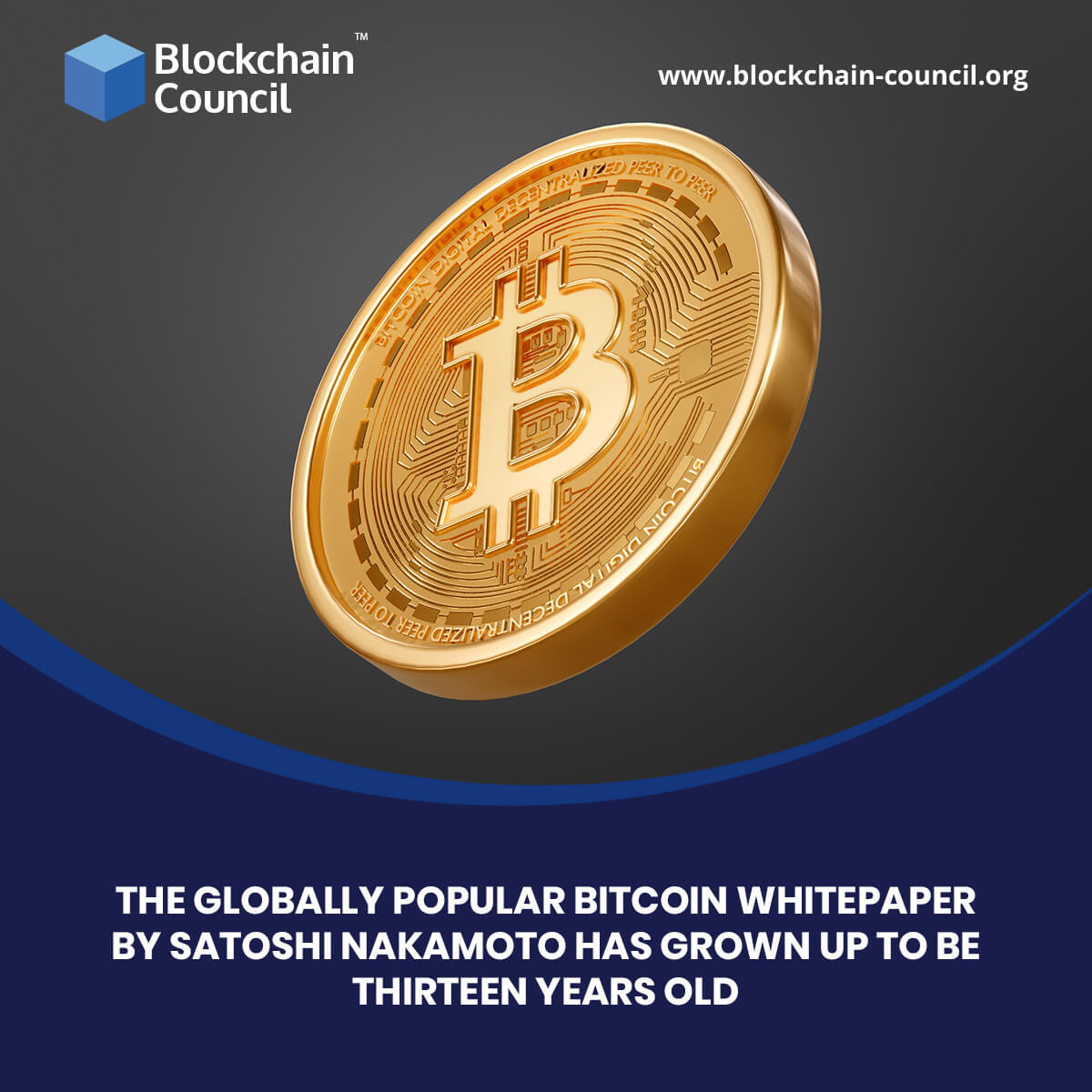 After thirteen years of continuous disruption of the financial sector, the whitepaper of the globally popular cryptocurrency celebrates its birthday as the whitepaper was introduced in the market on the 31st of October, 2008 after the infamous economic recession had crippled the American economy.

The whitepaper was named ‘Bitcoin:A Peer to Peer Electronic Cash System, and had the ability to foresee the necessity of a peer to peer online system of payment that is entirely self governed, limited in quantity, transparent and completely secure. The network of Bitcoin was launched back in January 2009 and at that time the coin was valued at $0.0008.

Even though the cryptocurrency was perceived as a threat by financial institutions at the time it was released in the market, a continuous support from a dedicated group of crypto enthusiasts and an incredibly strong adoption rate has made Bitcoin one of the most, if not the most profitable investments during the age of internet so far. As of now the biggest cryptocurrency in the world Bitcoin, maintains a stable trading value which reaches around $60K after generating a staggering 7,749,999,900%. 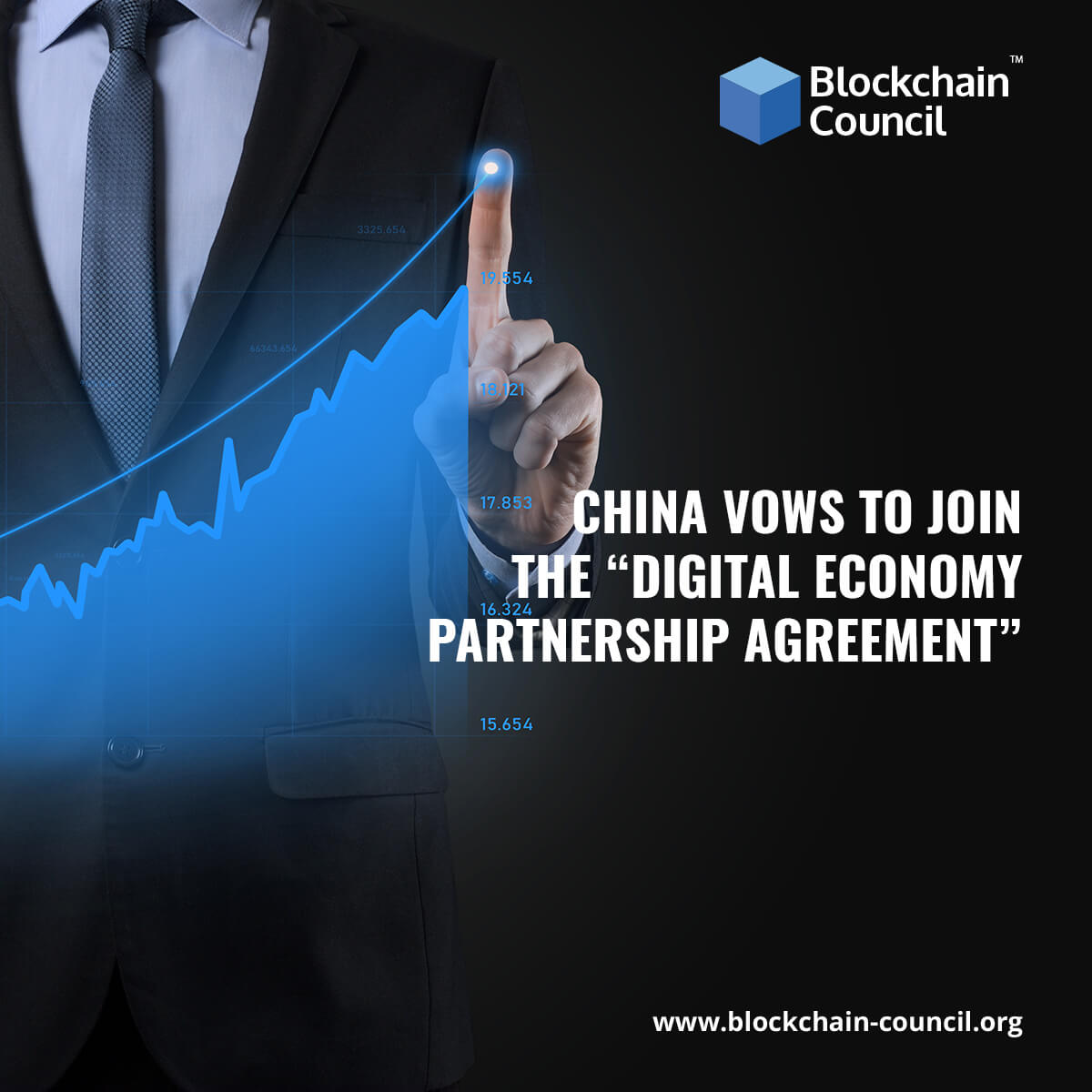 The country of China has been in the headlines for quite some time when it comes to the cryptocurrency space. Even though many of the cryptocurrencies have a Chinese origin, the government has recently started banning crypto across the country and even the miners from carrying on their mining activities. The primary reason for doing this is because the government is persistent on rolling out their own version of the digital Yuan, the Chinese CBDC or the Central Bank Digital Currency.

Now the country has decided to collaborate and partner with the Digital Economy Partnership Agreement in order to strengthen and bolster cooperation on an international level with regards to digital regulations. This was announced by the Chinese Premier Xi Jinping in the initial phase of the 16th G20 Summit on October 30th.

Among the five suggestions which he has already mentioned, the fourth one clearly states that he has already proposed the Initiative for Global Data Security. He has invited all parties to come together for a joint discussion on matters of global digital governance. He further proposed that all parties can discuss how to develop and create an environment for a transparent, open, non-discriminatory and a just system of global digital development.