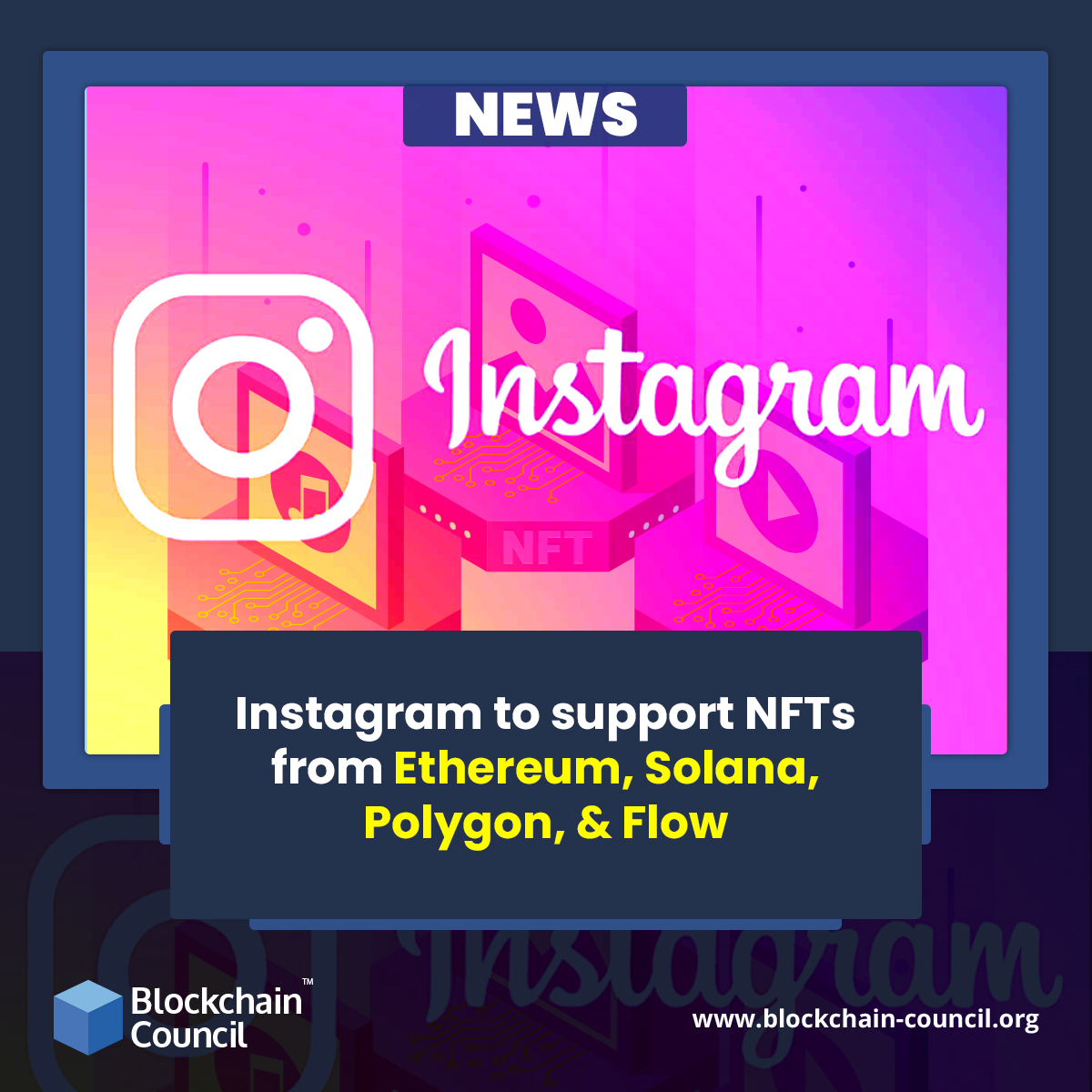 NFTs from some of the most famous blockchain networks are making their way to Instagram, with a test program slated to begin as soon as Monday.

According to CoinDesk, the Meta-owned social media behemoth is preparing non-fungible token (NFT) interfaces for Ethereum, Polygon, Solana, and Flow.

However, it is still in the clouds whether Instagram will support NFTs from all four chains at launch. The pilot will, however, include a limited number of NFT aficionados from the United States.

As per the recent data, Ethereum and its Bored Apes rank as the biggest owners of NFT market share, with the vast majority of digital collectibles transactions taking place on these networks

Instagram intends to provide support for popular cryptocurrency wallets such as MetaMask. Users will be able to authenticate NFT rights, show them on their profiles, and tag the producers who produced them by entering their wallets.

According to CoinDesk, unlike Twitter which charged its users for using hexagonal NFT profile images in January, Instagram will not charge a penny from its users for posting and sharing NFTs.

The decision is likely to bring NFTs a flood of new cultural importance. Instagram has over a billion monthly active users, including those who use the network to promote and market their work.

Meta CEO Mark Zuckerberg hailed the project in March without offering much detail.

A non-fungible token (NFT) is a non-transferable data unit that may be bought and traded on a blockchain, which is a sort of digital ledger. Different forms of NFT data units can be linked to digital assets such as photographs, videos, and music, because each token may be distinguished.

The Financial Times cites that Meta’s NFT trial on Instagram will be expanded to include minting and group membership possibilities on Facebook. An email to Meta requesting a comment was not returned right away.

Instagram has expanded into non-monetary transactions for the first time. In December, Instagram CEO Adam Mosseri indicated that the social media network was “actively exploring NFTs,” but he gave no additional specifics on the service.

If you want to know everything there is to know about cryptocurrencies and blockchain technology, the Blockchain Council’s extensive certifications are for you. In the programs, students are given subjective and practical information in an easy-to-understand manner. They are affordable and give you with immediate access to a growing market.

The Governor of Utah approved a task panel for blockchain and digital innov...
Scroll to top