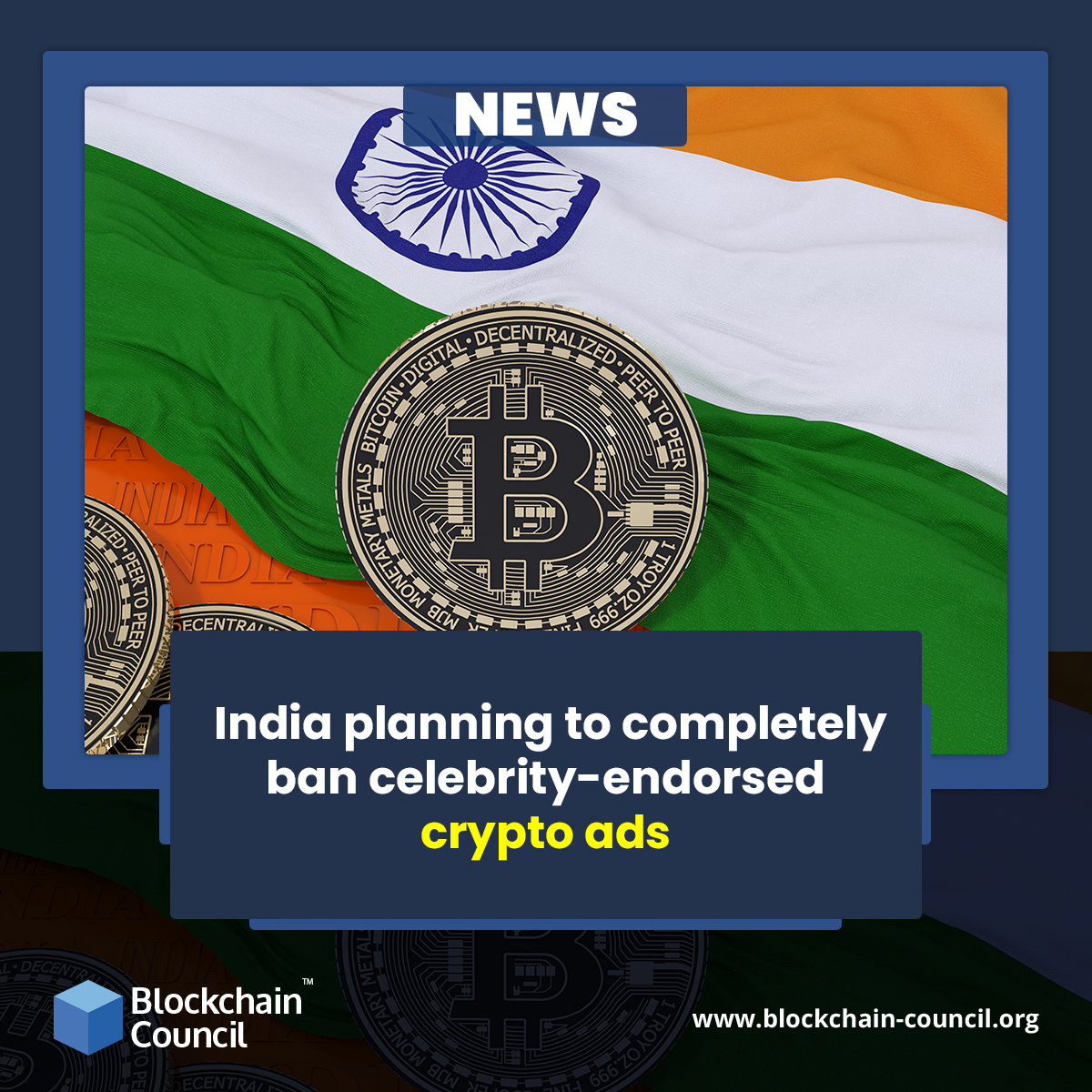 With possible criminal infractions, celebrity sponsorship of cryptocurrency in India would soon come to a stop. SEBI predicts that all significant public personalities, including athletes, will stop making agreements. Like India, the new crypto industry is severely uncontrolled in some markets, necessitating solid regulations.

Misleading endorsements are considered violations of the law

The craze of celebrity crypto endorsements began in the United States and gradually set its foot in India. Multiple lawsuits were filed when two influential celebrities deceived investors about ignorant crypto. The immediate question came in the aftermath of the disaster. Are Indian celebs in the same boat? It is also not permissible to utilize the voice of any prominent celebrity in commercials or endorsements. SEBI made it apparent in their response that crypto was involved. If the celebrity in question does not follow the law, it might result in a breach of the Consumer Protection Act. Other laws, such as FEMA, the BUDS Act, the PMLA, and others, if suspected to be violated, then the violators will have to face prosecution.

Will there be repercussions if there are violations?

Celebrities from all walks of life have great power in India. Every statement or claim they make has the potential to backfire. This is particularly true in the highly volatile bitcoin market. There is no room for error in this sensitive position because cryptocurrency is yet unregulated. For misleading remarks or even deceptive marketing, the CCPA can punish a first-time celebrity offender with up to 10 lakh dollars. Violations can result in a fine of up to Rs. 50 lakh and a three-year ban from selling anything else.

“The Finance Ministry has also requested the regulator’s opinion on advertisements and has sent guidelines from the Advertising Standards Council of India (ASCI),” according to Hindu Business Line sources. A final decision to issue a clear set of recommendations under the protection act to avoid deceptive advertisements might be made shortly.

The Securities and Exchange Board of India (SEBI) has proposed that no well-known public personalities, such as celebrities and sportspeople, should advocate crypto goods and that any ad disclosure should include information regarding potential breaches of current laws. In India, there are no specific restrictions limiting the use of cryptocurrencies. Thus, anti-celebrity endorsement regulation is required.

However, the budget session 2022-23 proposed a bill regarding crypto taxation.

The Cryptocurrency and Regulation of Official Digital Currency Bill, in its current form, aims to ban all cryptocurrencies as a payment method in India, with the exception of a few private coins to promote underlying technologies, while also allowing the Reserve Bank of India to establish an official digital currency.

The Reserve Bank of India expressed doubts and stated in many communications that it supports a total ban on cryptos, citing worries about macroeconomic and financial stability, the difficulty of exchange administration, monitoring, and regulation of such assets.

However, the government has yet to introduce strong legislation governing cryptocurrency and its circulation in India.

If you want to learn more about cryptocurrencies and blockchain technology, the Blockchain Council offers a variety of certifications. Through the courses, students obtain subjective and practical information in an easy-to-understand way. They’re also economical, and they provide you with direct access to a growing market.