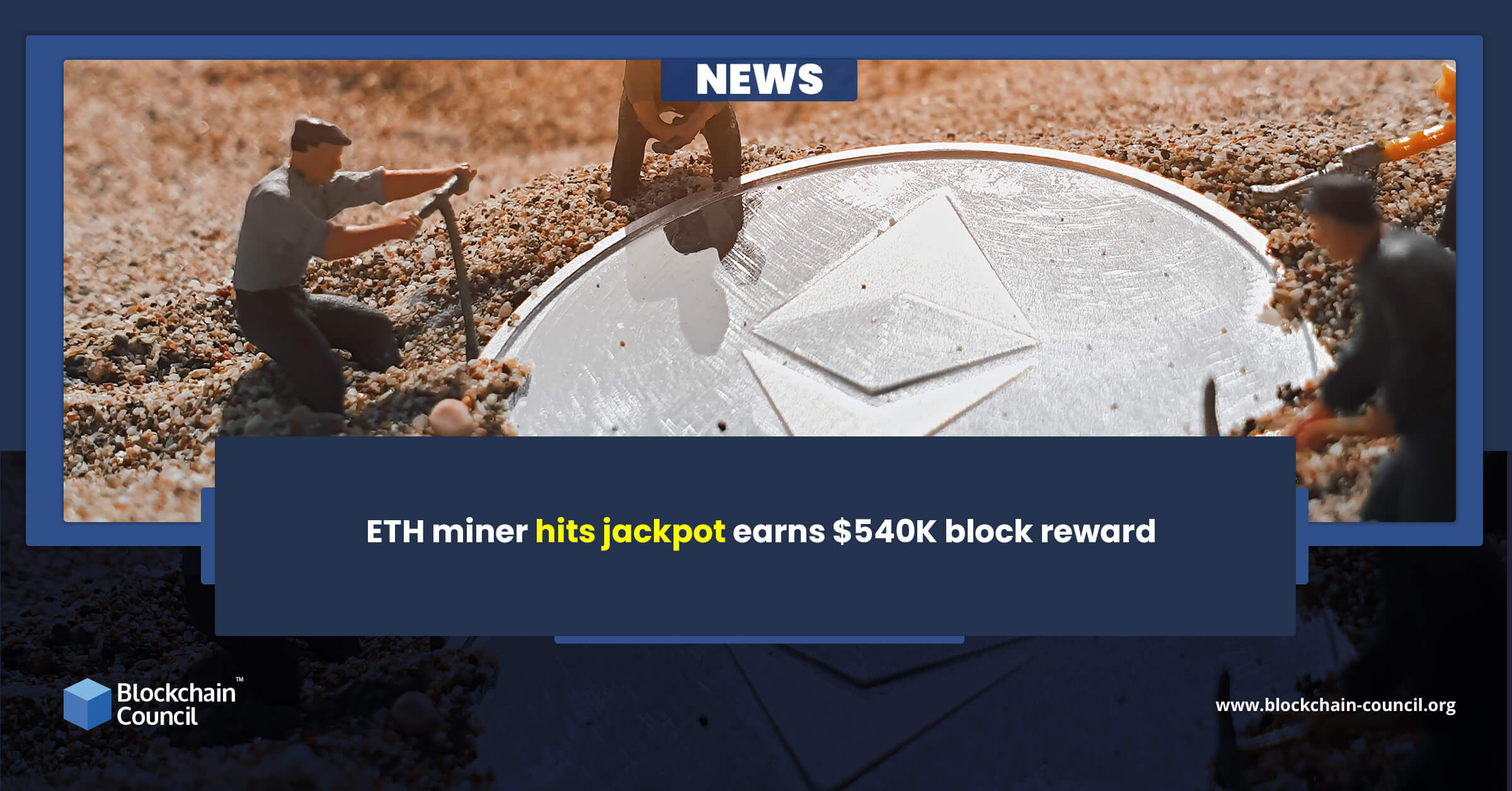 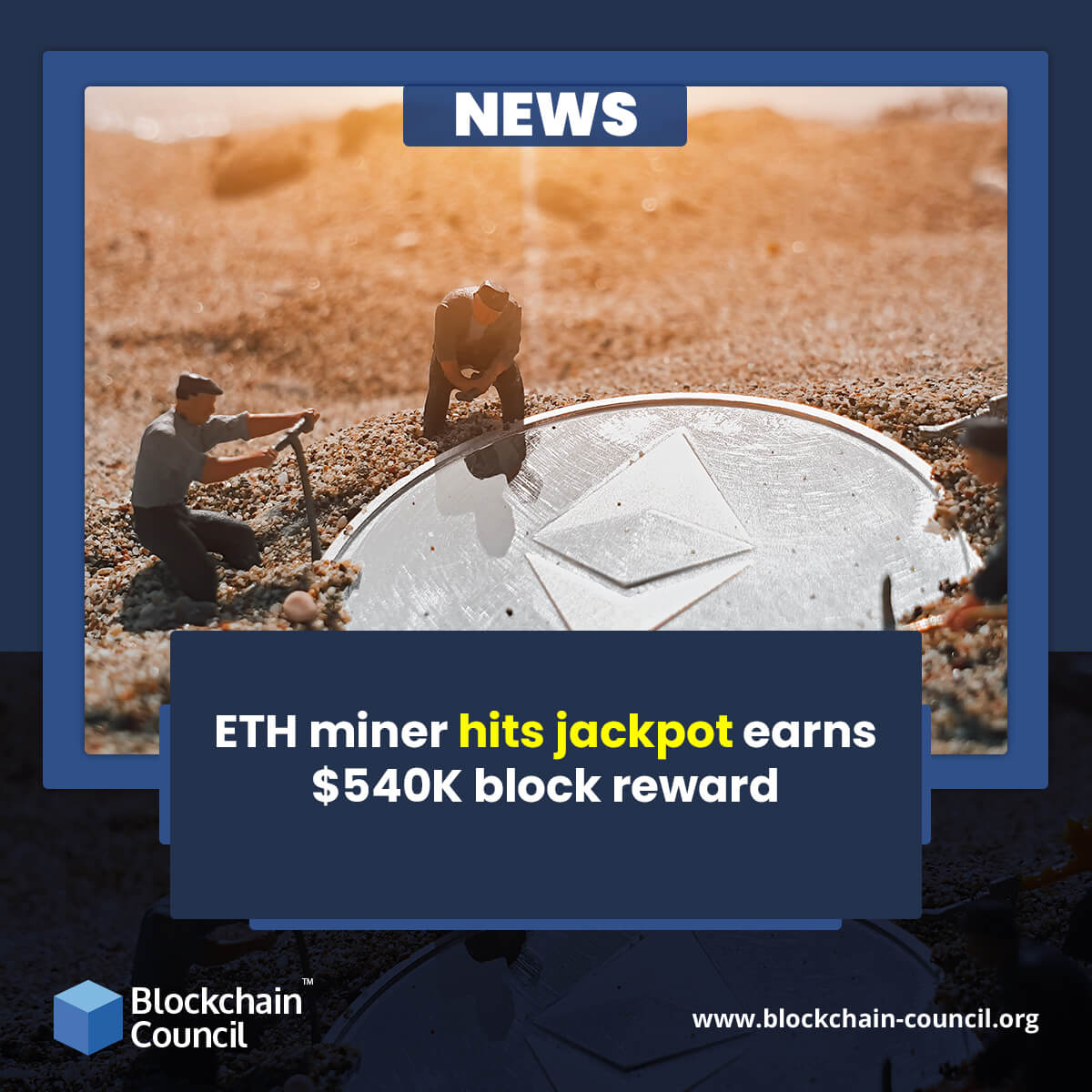 Well, in the times when cryptocurrencies are widely considered to be a risky investment, getting lucky with a Super Jackpot victory is undoubtedly the most rewarding feeling ever. On January 17, 2022, an individual Ether miner got lucky as they managed to mine an entire block when operating on the 2miners Ethereum SOLO pool. The successful mining process rewarded the miner with 168 ETH tokens valued for a whopping $540,000 to his credit, clearly making them the God’s favorite by easily winning the not-so-usual jackpot in the very dynamic world of cryptocurrencies.

According to the report, the reward value pooled by the miner is way much higher that the per-block average reward of 4 ETH offered to the miners presently. The surprising reward can be attributed to the size and hash power of the SOLO pool. The pool is small in size with 854 miners online and 1.5 tera hashes per second implying that the average contribution from a miner is 1.85 Giga hashes per second. The successful miner presently provides 2.25 Giga hashes per second that can be created between 1 to 20 of the latest GPU systems.

This is not for the first time that an individual miner has made a big earning on the Ethereum blockchain cluster. Earlier on January 11, 2022, a BTC miner from the Solo CK anonymous solo mining operation fetched 6.25 BTC for mining an entire block on their own successfully. Soon, after two days, another individual miner mined a new BTC block via Solo CK with one to three rigs. Surprisingly, each miner had a small chance of 1 in 1,400,000 of mining an entire block on the decentralized network. The probability of two small miners mining the entire block in the same week has been projected to be 1 in a billion. SO, those who managed to hit the right chord at the right time were lucky enough to reap in the benefits of the uncertainty existing across the crypto hub.

The average daily ETH mining profitability has been plummeting since it reached its all-time high value of $0.282 on May 12, 2021 posing serious concerns for the users. The data reports reveal that the average profitability presently is around $0.0474 worth. The decline is partly due to EIP-1559 upgrade that burns fees rather than disbursing it to the miners. The switch to a Proof-of-Stake consensus algorithm allows Ethereum channel to ensure stability through staking. The process helps to reduce the requirement of powerful electrical resources.

Decentralized Vs. Centralized: A Detailed Comparison
Scroll to top