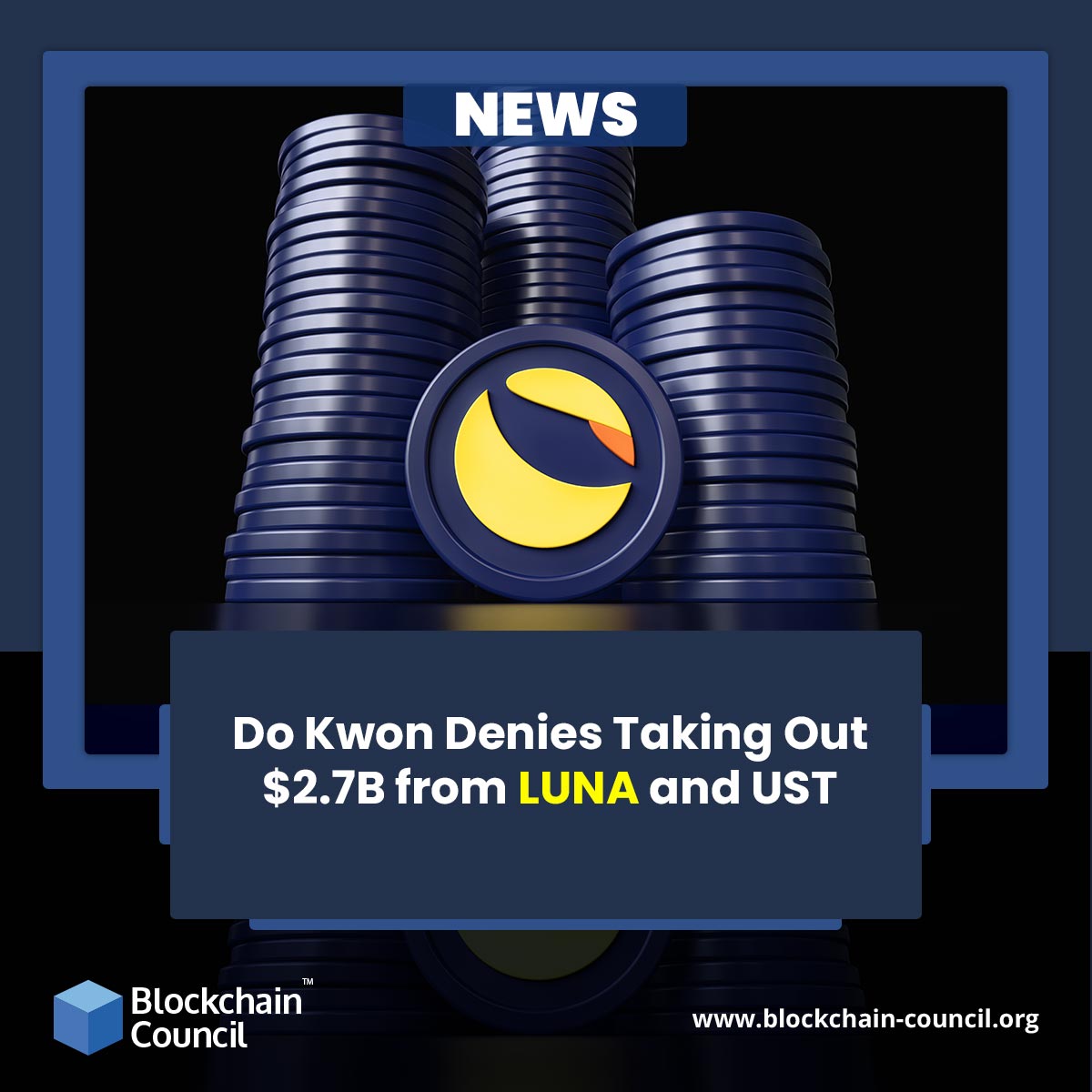 Terra’s ecosystem has been down for almost a month, and the cryptocurrency world is still searching for explanations. Despite the fact that a fresh Terra chain has already been created, Terraform Labs (TFL) has yet to produce an authentic analysis of the event. However, unofficial researchers have begun conducting their own research seeking the truth themselves behind the Terra collapse.

However, a new controversy has emerged surrounding the co-founder, Do Kwon of the Terra, amidst the ongoing investigation seeking an authentic explanation of Terra’s collapse.

Do Kwon, the disputed Terra (LUNA) and TerraUSD (UST) ecosystems’ CEO and co-founder, refuted claims of cashing out $80 million a month for nearly three years. However, on Saturday, several unconfirmed reports surfaced charging Kwon with pumping liquidity from Luna Classic (LUNC) and TerraUSD Classic (USTC) before the controversial Terra crisis in order to buy US dollar-pegged stablecoins like Tether (USDT).

Rumors about Kwon paying out LUNA and UST reserves began to surface when a Twitter thread by FatManTerra revealed the supposed details around how The CEO, Do Kwon, Terra influencers, and others related to the ecosystem managed to drain money while artificially retaining liquidity.

🧵 Some of you thought $80m per month was bad. That's nothing. Here's how Do Kwon cashed out $2.7 billion (33 x $80m!) over the span of mere months thanks to Degenbox: the perfect mechanism to drain liquidity out of the LUNA & UST system and into hard money like USDT. (1/13)

The entrepreneur, however, warned the bitcoin community not to promote the concept until it was proven false:

“It should go without saying, but the allegation that I made $2.7 billion off of anything is completely incorrect.”

Kwon went on to say that the recent news of him withdrawing $80 million each month contradicts his claims that the majority of his LUNA assets secured after the airdrop are still in his possession. Furthermore, Kwon indicated that for the preceding two years, his main source of income was a cash transfer from TerraForm Labs (TFL).

1. Do’s wallets are doxxed, and he still owns most of his luna through the airdrop
2. Do dumped all his tokens to make billions

A lane should ideally be picked

“Propagating misinformation” worsens the plight of all LUNA investors, Kwon cited, adding, “I didn’t say much because I didn’t want to be looked upon as a victim, although I lost most of my assets in the crash as well.” Wealth is not something that I’m really concerned about, as I’ve previously said.”

Kwon was allegedly told of the unsustainable high-interest rates by a developer from Anchor Protocol, a Terra-centric sub-ecosystem. “I knew it would collapse from the start, but it utterly crumbled,” the programmer claimed.
The platform was initially meant to only provide a 3.6 percent interest rate in order to keep the Terra ecosystem steady, but it was changed to approximately six times more, that is, 20 percent, immediately before the debut.

The developer reportedly suggested Do Kwon to reduce the interest rates, but the idea was not given an ear. As per the reports, Do Kwon has been called before a legislative session in South Korea to discuss the matter.

If you are a crypto enthusiast and want to master cryptocurrencies and the blockchain technology domain, then Blockchain Council’s comprehensive certification program is for you. During the sessions, the applicants are given theoretical and practical information in an easy-to-understand way. They’re affordable, and they provide you quick access to the fast-expanding cryptocurrency and blockchain sector.

What Is MakerDAO And How It Works?
Scroll to top