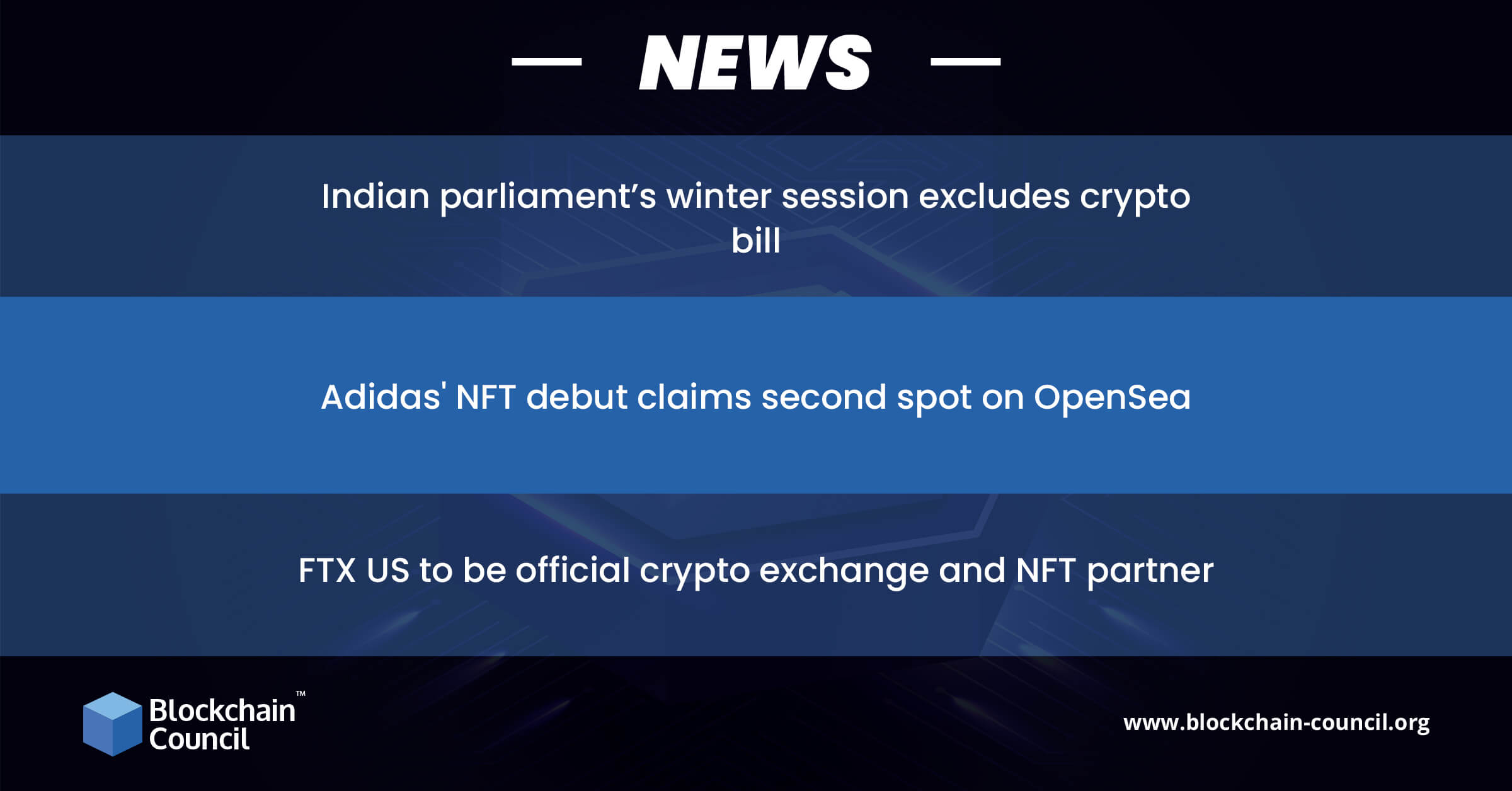 Stuck in a rut with your busy schedules and no time to keep with the crypto world? Then we are at your service and become great partners. We, therefore, present a list of some of the most talked-about news pieces of the crypto world for you to read. 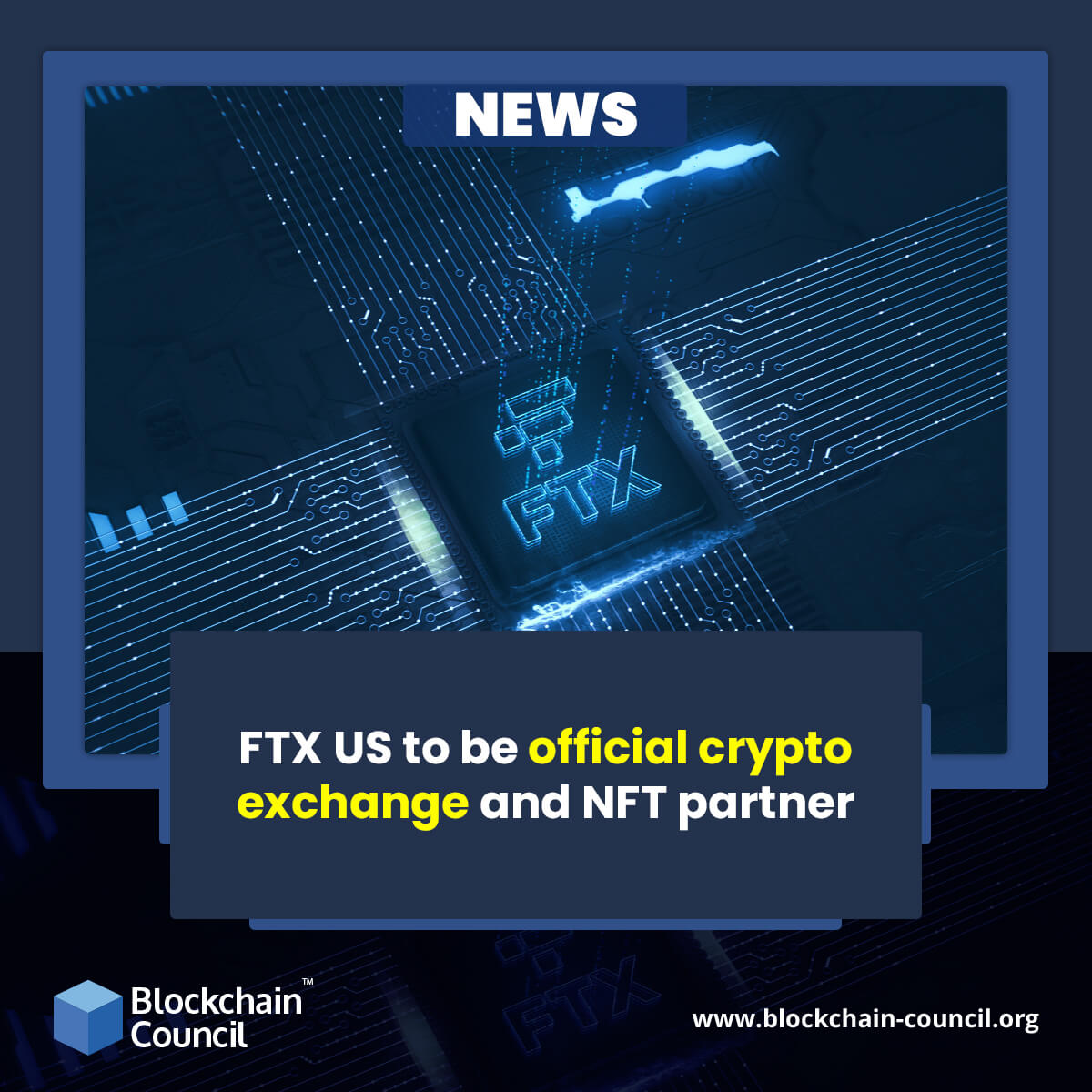 FTX US to be official crypto exchange and NFT partner

As per the Monday reports, FTX US will be the crypto trade authority and NFT associate with an enterprise backing four significant Washington, D.C based professional sports groups.

Monumental Sports and Entertainment, or MSE, announced that the four Washington sports teams would officially partner with FTX US in a multiyear contract. As indicated by MSE, FTX US’ NFT platform will offer an exclusive privilege to Washington’s four teams’ future token drops, and the dubbed “Big Block-Chain” will partner exchange for an in-game feature series.

According to the MSE president of business operations and the firm’s Chief Commercial Officer, Jim Van Stone, it is just the beginning era of integrating blockchain technology with sports experience. Together we will attain new heights and give the fans a never-before experience beyond their imagination.

The news states the latest collaboration between influential American sports organizations and FTX US. As per the March agreement, FTX, the cryptocurrency exchange will pay $135 million to the Miami Heat’s home stadium for naming rights. The stadium will be renamed as FTX Arena till 2040.

The corporation alongwith the University of Kentucky has appointed Wildcats men’s basketball team as brand ambassadors and is officially sponsoring Major League Baseball, since June.

One of the world’s largest cryptocurrency exchanges platform, FTX, evaluated for more than $25 billion following a $420 million financing round in October. For its United States based customers, the company launched its NFT marketplace for their convenience. 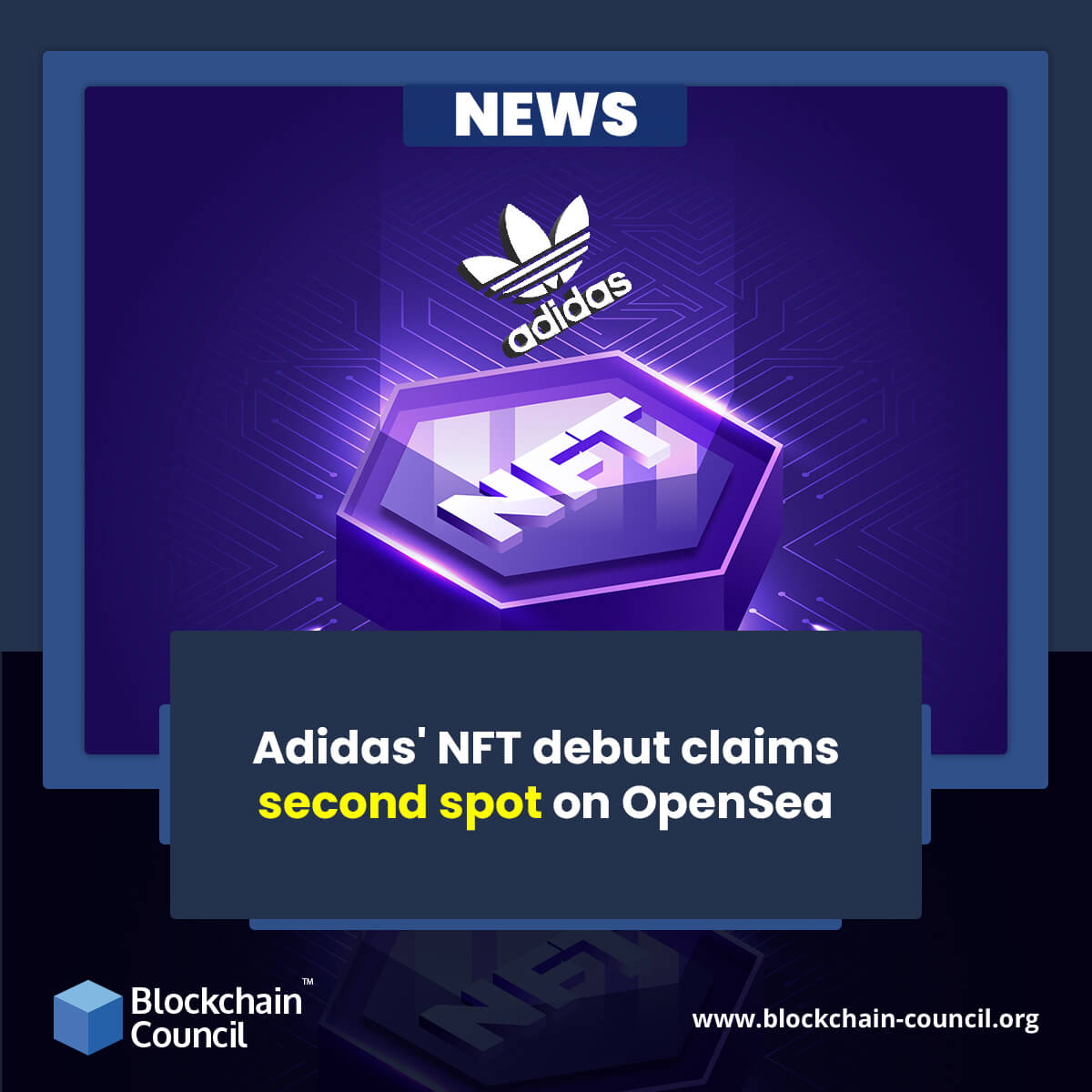 “Into the Metaverse” project, the first NFT from Adidas Originals’, has successfully roped in 11,391 ETH, worth over $43 million in its premiere weekend on OpenSea. Taking after Takashi Murakami and RTFKT’s Clone X, this project secured the second spot on OpenSea in terms of the trading volume.

Adidas Originals and its collaborators PUNKS Comic, Bored Ape Yacht Club, and gmoney, co-created a digital asset with only 30,000 copies for trading on Dec 17. The first round NFT has initially sold about 20,000 copies so far.

According to the company, despite the technical issues concerning the minting of Mutant Ape Yacht Club, the Early Access mint successfully generated $15.5 million after several hours of restart.

Instead of being recognised as a collectible, this NFT is an access token that authorizes its owner unique access to virtual wearables in the Sandbox gaming metaverse and the ability to redeem matching physical products in 2022.

The NFT owners will receive a printed copy of X Marks the Drop, PUNKS Comic Issue 2, a graphical illustration of the collection’s characters. For those who want to purchase the comics separately, it is available on the PUNKS Comic OpenSea profile. Pixel Vault, the developer team behind PUNKS Comic, apparently paid a percentage of the revenues from the OpenSea sale back into the PUNKS community fund.

Adidas has firmly embedded its sneakers in the metaverse with the achievements of its premium NFT drop after tweeting about its association with Coinbase and exhibiting its own Sandbox land piece. Nike, the most trending OpenSea collection at the time of publication, has also expanded its digital reach by working with the virtual footwear and collectibles firm RTFKT. 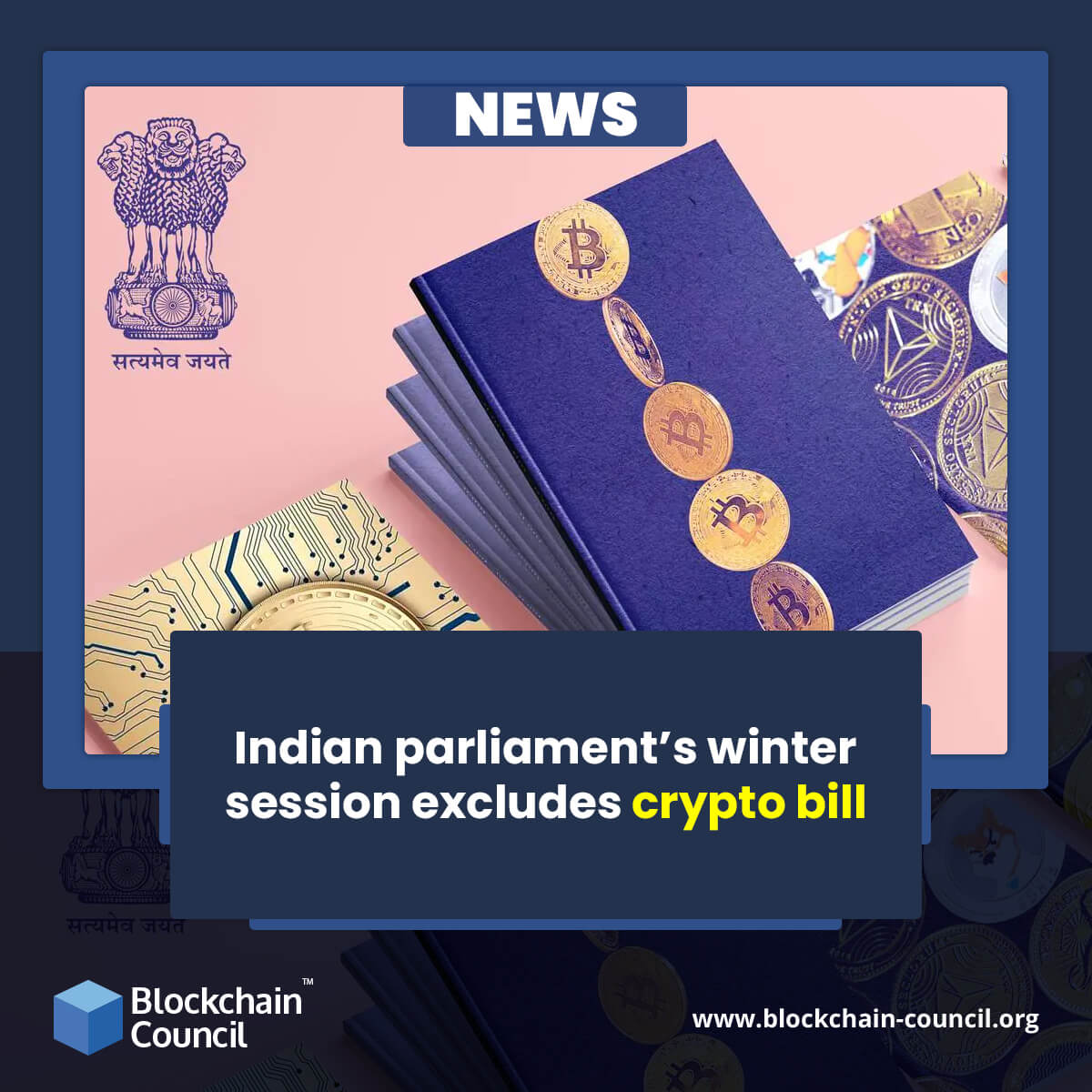 The Indian government may still be exploring measures that would prohibit the use of some cryptocurrencies in the nation. However, the current legislative session will be deprived of votes from the lawmakers regarding the bill.

As per recent report, Lok Sabha, India’s lower house of parliament, would most likely not consider a measure proposing the prohibition of “all private cryptocurrencies” before its winter session concludes on Thursday. The Cryptocurrency and Regulation of Official Digital Currency Bill do not feature on the government body’s seven agendas during the final days of its 2021 session.

According to a Nov.23 Lok Sabha bulletin, Indian lawmakers could pass on a bill that develops “a facilitative framework for the development of the official digital currency” issued by the Reserve Bank of India. In addition, the law sought a ban on some particular cryptocurrencies. However, the same bill was proposed earlier, but the efforts went in vain due to the regulatory framework of digital assets.

The Indian Supreme Court has reversed the blanket ban on crypto imposed by the Reserve Bank of India in March 2020. The ban was in prior effect for the past two years. However, since then, many officials and local media outlets have reported about the reconsideration of distinct solutions to regulate the digital assets by the government.

The President of India, Ram Nath Kovind, may be able to make an ordinance to expedite the law when India’s parliament fails to address crypto legislation and Lok Sabha is not in session, which is probably between December and January. In addition, the India Finance Ministry officials will explore a regulatory framework to address cryptocurrencies more like assets rather than currencies.

India’s consideration for establishing a concrete legislative framework for digital currency and banning of numerous token initiatives would certainly cause turbulence in the industry. For example, with the inclusion of the bill in November’s legislative agenda, WazirX, a crypto exchange platform, witnessed large selloffs, resulting in major value depreciation for Ether, Bitcoin, and other tokens.