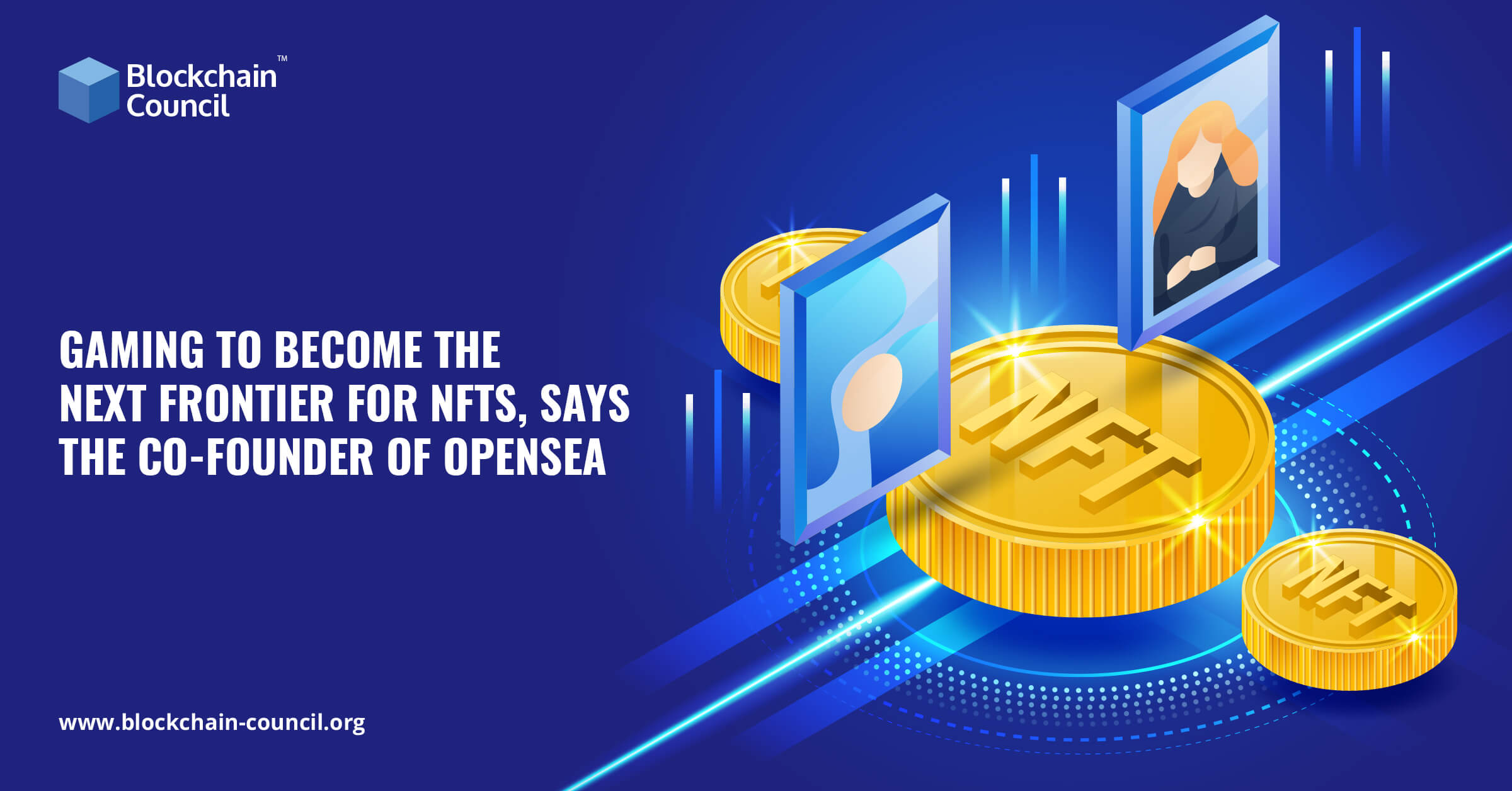 However, from the very initial days of the launch of the marketplace, David Finzer, who is the co-founder of OpenSea, predicted that even though art and collectibles are extremely popular on the NFT marketplace, according to him, the future on the NFT frontier would be dictated by the gaming industry.

David stated that it was beyond his comprehension that the art and the collectible market would become so exponentially huge over time. His idea was that the market would grow primarily based on legitimate games that make use of NFTs. Four years have passed since then, but even now, David still stands by his predictive analysis. In addition to that, he has pointed out that he would like to cite Axie Infinity as the possible use case in the domain of gaming in the NFT space. The platform basically hosts a video game that is Blockchain-based and enables the users to raise as well as trade creatures by using NFTs. The critical fact here is that the platform has recorded an astonishing $1.6 billion worth of sale volume.

He further added that the NFT marketplace is a truly cultural and exciting marketplace where individuals are constantly aiming to own a share of Internet history. Other panelists who were also present at the two-day Mainnet conference were highly supportive of his idea and were equally bullish on the concept of gaming in NFTs. Interestingly, this group of supporters also included Jae Chung, who is the founder of the Jenny DAO.

Chung further added that he is a big supporter of what David has to say. This is because he believes that there is a vast number of people who are extremely interested in playing games, including people from Gen Z. But nowadays, there has been an evolution of the mindset of these gamers. He believes that these days, people are not only playing games, but they also want to get rewarded for playing these games, and according to him, he does not see that mentality or the change going away anytime soon.

He also concluded by stating that NFTs will soon become a trillion-dollar industry as soon as they are appropriately integrated and labeled as yield-carrying assets.

Learning Blockchain, and NFTs are easy now, all thanks to reputed online courses and training sessions. Blockchain Council is one such organization that offers online training and certification programs to aspiring trainees to render them desired competencies so that they have a successful career in the Blockchain space. Keeping the rising demands of blockchain professionals in mind, Blockchain Council certifications are diversified to meet each aspirant’s discrete needs. They have a host of training and courses on NFTs that provide world class knowledge and support.