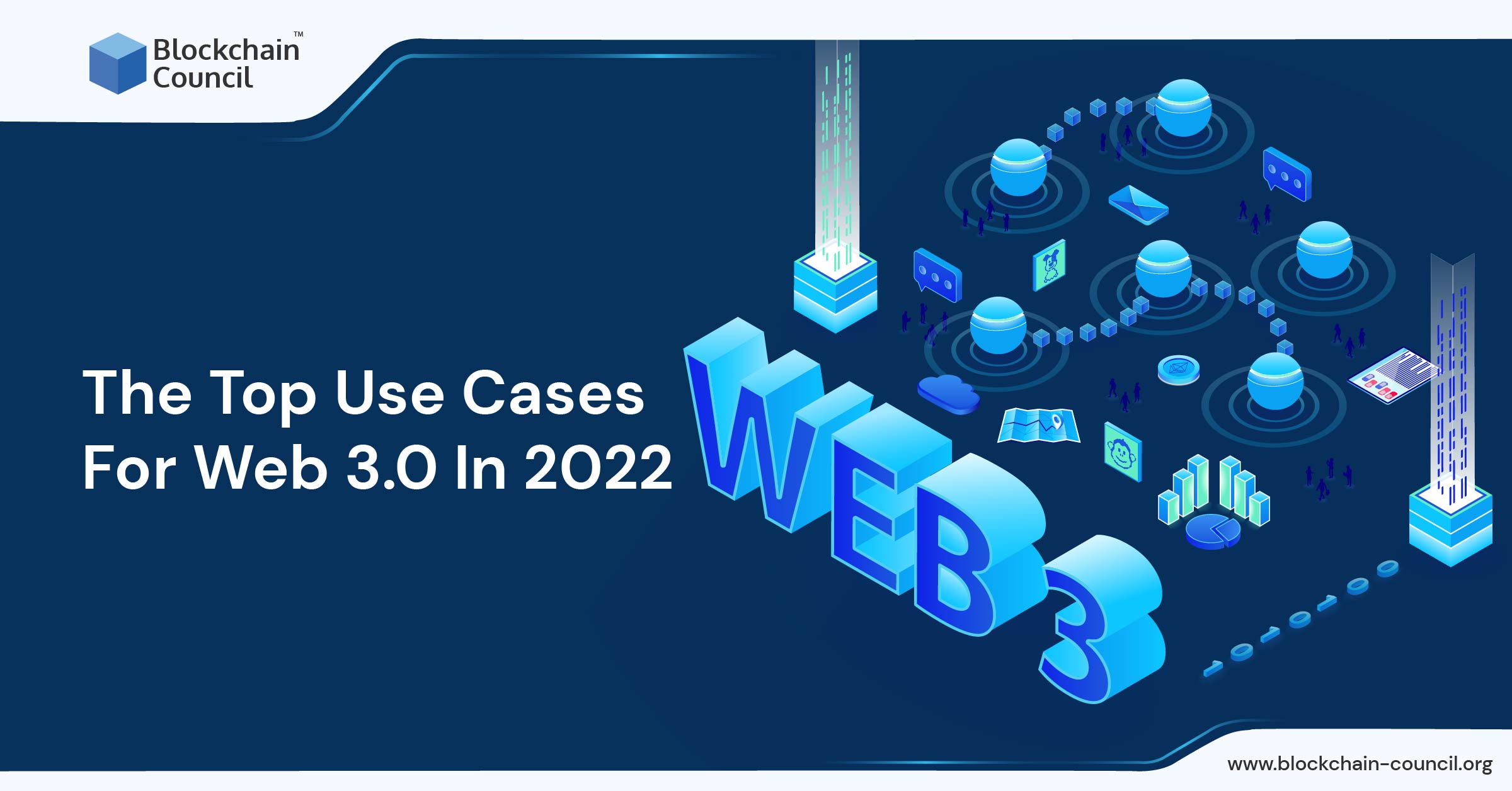 Web 3.0 is still in its early stages, but there are already a number of use cases that show its potential. In this article, we will explore some of the top ways that Web 3.0 can be used to improve our lives over the next few years.

From reducing spam and fraud to empowering users, Web 3.0 has the potential to change the world as we know it!

But before we dive into the use cases of Web 3.0, let’s discuss what it really is.

To understand this better, let’s zoom out a bit and take a brief look at how the internet has evolved over the past few decades to give us what we now know as Web 3.0.

This was all about static content. This was the early days of the internet when users could only consume information that was put in front of them by companies. Additionally, there was no way to interact with this content or share it with others.

This is why this version of the Web was also known as the “read-only” version.

This was a game-changer because it gave rise to a dynamic web where users could now interact with content and each other. This is when social media, blogs, and forums became popular, and we saw the rise of ecommerce.

Individual users are now able to create and publish their own content. However, a huge chunk of the total data available on the Web is still owned by a few big companies. As a result, it is these companies — and not individual users — that benefit the most from the revenue generated through monetization in Web 2.0.

As users are able to both consume and publish content, this version is rightly known as the “read and write” version of the web.

The latest evolution of the web is known as Web 3.0 or the “semantic web”, and it’s where we are heading now.

In this version of the web, users will be able to do a lot more than just read and write content. They will be able to buy, sell, and trade data with each other through cryptocurrencies.

And because people will also be able to “own” data on the web, the upcoming version 3.0 is also sometimes called the “read, write, and own” version.

Another prominent feature of Web 3.0 is decentralization. Instead of relying on a centralized database to function, services and applications on Web 3.0 will make use of a decentralized blockchain.

You can learn more about Web 3.0 here.

Now that we understand what Web 3.0 really is, let’s discuss some of its top uses.

Decentralized finance — also known as DeFi — is one of the most popular use cases of Web 3.0. Here, users are able to trade a variety of assets without the need for intermediaries like banks or brokerages.

With DeFi, users can directly interact with each other and trade cryptocurrencies, tokens, and other digital assets in a peer-to-peer manner.

This not only eliminates the need for costly intermediaries but also makes the process a lot faster and easier.

A metaverse is a virtual world that is created by the convergence of the physical and digital worlds. It is a shared space where people can move around as digital avatars and interact with each other in a variety of ways. For example, they can shop, play games, work, and socialize with each other.

In Web 3.0, the metaverse will be powered by decentralized applications (dApps) that run on a blockchain. This will make the metaverse more secure and efficient. Additionally, it will also allow users to own their data and use it however they deem fit.

Some of the popular use cases of the metaverse include online gaming, social media, e-commerce, and education.

The creator economy is another popular use case of Web 3.0. Here, users will be able to create and sell digital content. For instance, a user can create a piece of artwork or music and sell it directly to another user as a Non-Fungible Token (NFT).

This is how web 3.0 will open greater avenues for creators to earn extra money through monetization.

Web 3.0 will also offer better privacy and security as compared to its predecessor. This is because of the fact that it will be powered by decentralized technologies like blockchain.

With blockchain, user data will be stored in a distributed ledger that is immutable and secure. Additionally, the use of cryptographic algorithms will make it difficult for hackers to gain access to user data.

An example of zero-knowledge proof is where a user can prove that they know the password without actually giving the password. Consequently, the user’s password will never make it into the database of the website, ensuring data protection in case the website gets hacked.

A Deep Dive into Conversational AI
Scroll to top