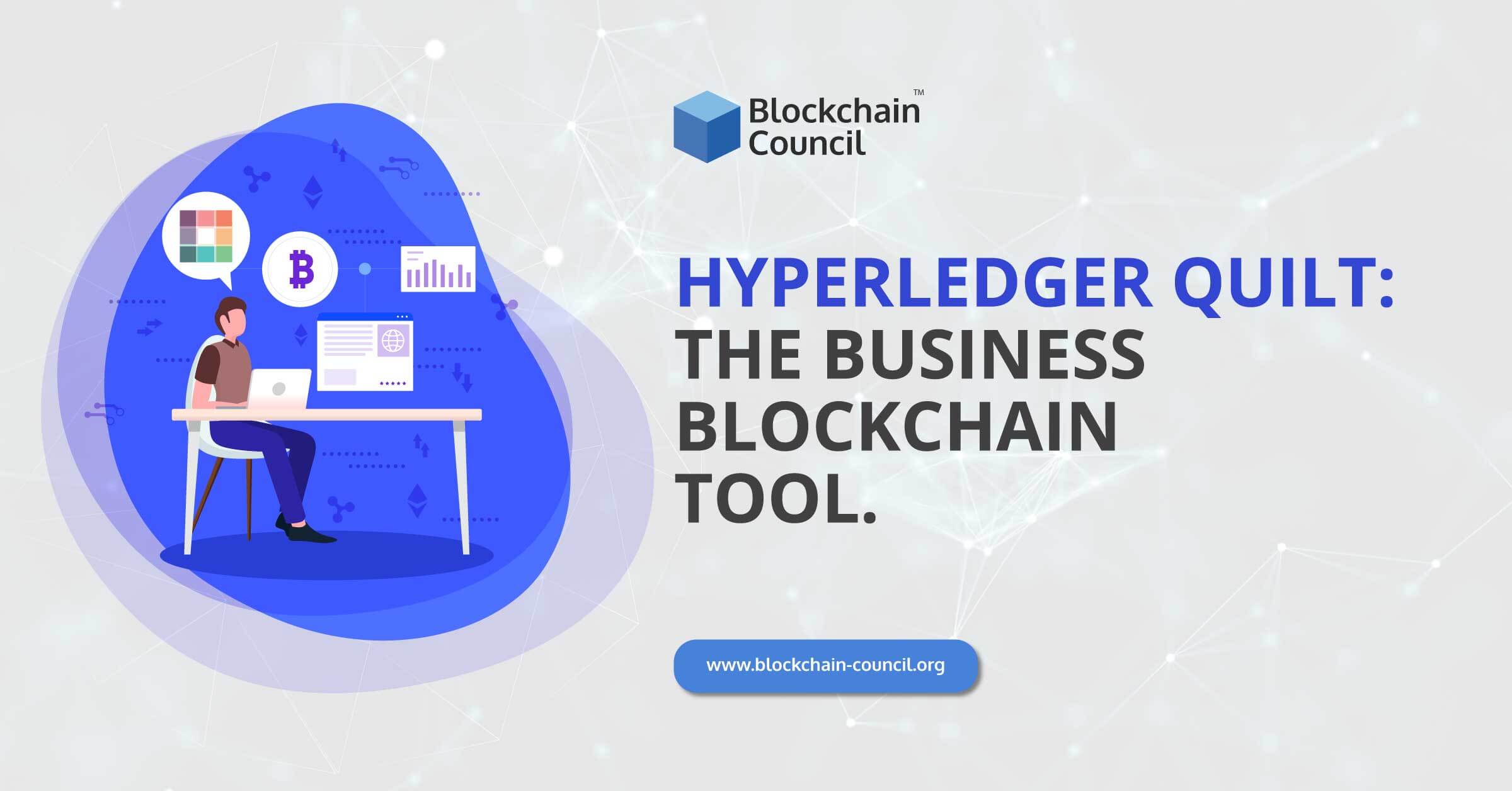 Hyperledger, as most of us would be familiar with, is an open-source, global collaboration hosted by The Linux Foundation. It helps create and develop enterprise-grade, distributed ledger frameworks to support business transactions. Hyperledger was launched in the year 2016 with an organizational and technical governance structure and 30 founding corporate members. It uses a modular approach to build blockchains, and this helps companies develop what works best for them. It has attracted big companies such as J.P.Morgan, IBM, Intel, and Samsung.

What is Hyperledger Quilt?

It is a business blockchain tool and is one of the projects hosted by The Linux Foundation. It started eighteen months ago and is a Java implementation of the Interledger protocol. Also regarded as ILP, Interledger is a protocol for making transactions across ledgers. ILP is a payment protocol designed to transfer value across non-distributed and distributed ledgers. The standards and specifications of this protocol are governed by the open-source community under the World Wide Web Consortium umbrella. After the addition of Quilt to the Hyperledger framework, The Linux Foundation hosts both the JavaScript (Interledger.js) and Java (Quilt) Interledger implementations. Interledger.js was welcomed by the JS Foundation in 2016.

The Interledger protocol offers atomic swaps between ledgers and a single account namespace for the account in each ledger. In other words, it offers interoperability between ledger systems. Quilt was initially contributed by Ripple and NTT Data.

By implementing the Interledger protocol, Quilt offers the following features:

Quilt will act as a ledger interoperability solution for hyperledger projects. Due to this, the distributed ledger solutions of hyperledger members, private ledgers of financial institutions, supply chain systems, and wallets of IoT companies will be able to connect with one another for carrying out distributed atomic transactions.

In today’s context, the ledger systems are siloed and disconnected. Transfers of value can be done in a relatively easy manner if it is within the same country or if the sender and recipient have accounts on the same ledger or network. But the main point to be noted here is that sending value to someone on a different network or ledger is often impractical and complex. Though connections between ledgers do exist, the process is slow, expensive, or manual. Internet protocols help packetize, route, and deliver information over communication networks. Using the Interledger protocol, money and other forms of value can be routed, packetized, and delivered over ledgers and payment networks.

The concepts that the Interledger protocol is based on can be dated back to the 1970s and 1980s. The global blockchain movement and the advent of Bitcoin made the world realize that money and money transfers can be reinvented using internet-based technologies. Hyperledger Quilt, developed in Java, is an enterprise-grade implementation of the protocol and provides reference implementations and libraries of the core Interledger components and in time ledger integrations for the other hyperledger projects.

The Quilt project is organized like a Maven multi-module project. Each module is contained in a subdirectory and has its own README and POM. Plugin versions and dependency are managed in the parent project. Issues are prefixed and labeled to make it easy to identify the project that they relate to.

This module is the base library for any Interledger project providing event descriptions, service interfaces, data models, and exceptions. It includes an encoding framework and codecs for encoding and decoding ILP projects using OER (Octet Encoding Rules). For properly building this project, one needs to download and install the Java Cryptography Extension (JCE) Unlimited Strength Jurisdiction Policy files. Maven is used for managing dependencies and other aspects of the build. To add modules from this library to your project, you will need to add a Snapshot repository to your pom.xml file.

Who Will Use Quilt?

NTT Data, Ripple, and Everis are committing full-time engineering resources for ensuring the success of the Hyperledger Quilt project. The main contributors will be Adrian Hope Bailie (Ripple), Takahiro Inaba (NTT Data), and Isaac Arruebarrena. Many members have already expressed their interest in backing the development of Quilt’s Java implementation. This team will work with other Hyperledger projects to allow ledger interoperability across the centralized ledgers of institutions and hyperledger’s blockchain solutions. Other engineers from Everis, Ripple, and NTT Data will also provide their contributions to the project over time. Members of the Interledger Payments Community Group have also expressed their interest in contributing to the development of this ILP implementation.

Hyperledger, being an open consortium, incubates a wide range of business blockchain technologies under its wing and this includes smart contract engines, graphical interfaces, client libraries, sample applications, utility libraries, and distributed ledger frameworks. Quilt is the latest project to join the hyperledger bandwagon. It is, no doubt, an exciting addition to the Hyperledger community.

To become a hyperledger expert and to know more about blockchain certifications, check out Blockchain Council.

Is There a Possibility for Swiss Banks to Enter the Crypto Market in the Fu...
Scroll to top