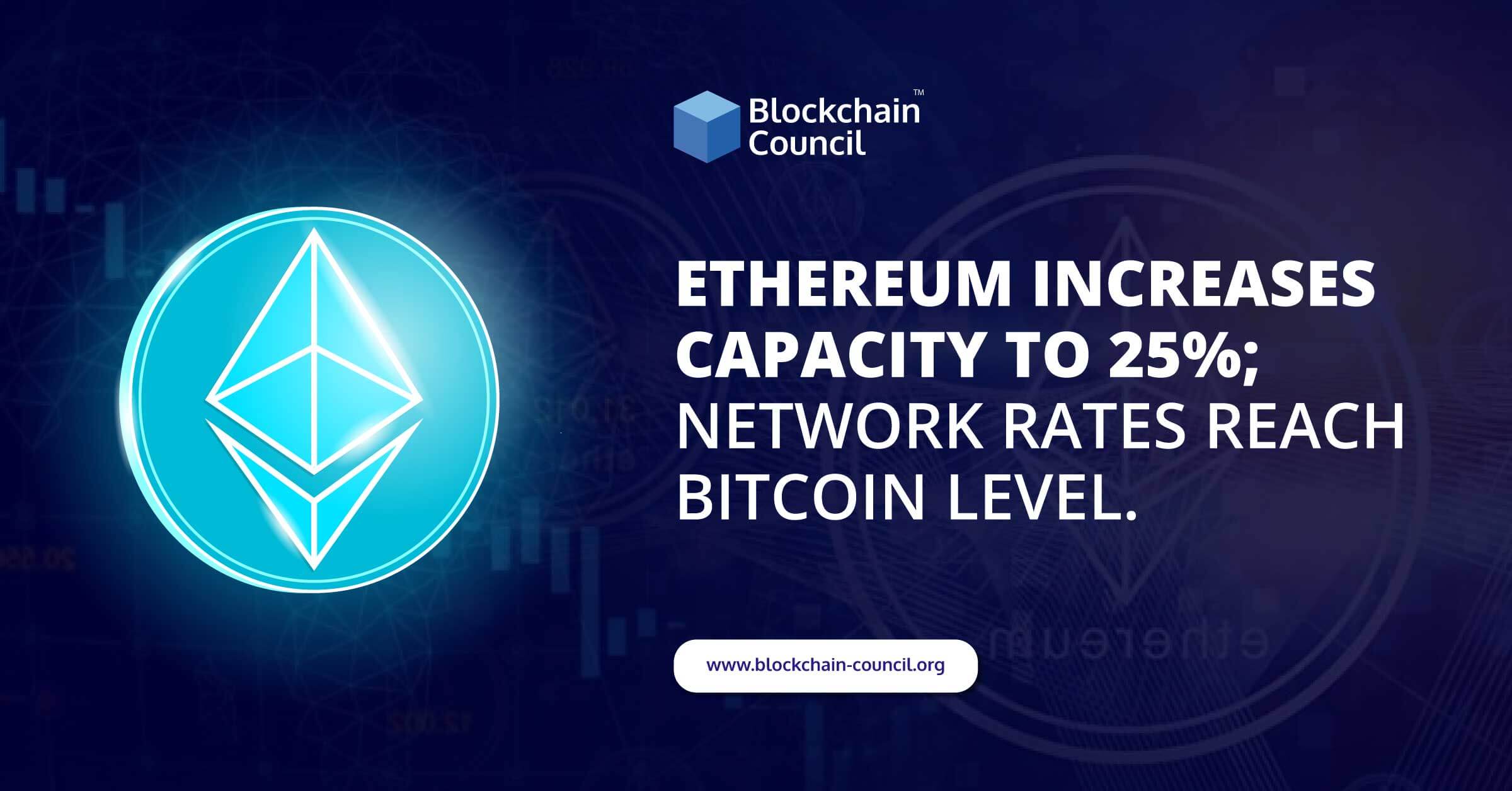 The participants of the Ethereum network are currently attempting to raise the block size of the network as a direct response to network congestion. This is being done as an instantaneous reaction to community congestion. This week, various parties, including Vitalik Buterin, the co-founder of Ethereum, have confirmed that the testing is currently underway to reduce transaction fees and improve network performance.

As tweeted by BitFly, the mining pool, “Given the current #Ethereum network congestion, we have started to test raising the block gas limit to 10M gas.” This move follows considerable upticks in Ethereum network usage, largely owing to the stable coin Tether (USDT). Tether has shifted its reliance from Bitcoin to the Ethereum blockchain via the Omni layer.

Ethereum, as we know, is a decentralized global platform that enables one to write codes to control money and build applications that can be accessed from anywhere in the world. Ethereum is an open software platform that is based on the principles of blockchain technology. It allows developers to build and deploy decentralized applications. Ethereum allows developers to create operations based on their needs, and this means that developers can build thousands of different applications.

According to research data presented by Coin Metrics, the provider of crypto asset market and network data, as of 15 September, Ethereum users paid almost the same amount in transaction fees as Bitcoin users, $182,899 versus $185,993, respectively. The data from Bitinfocharts shows that since 1 September, the average Ethereum transaction fee has increased from $0.11 to just under $0.39.

Ethereum provides a decentralized machine called the Ethereum Virtual Machine (EVM) which executes scripts using an international network of public nodes. The ethereum community is regarded as the largest and most active blockchain community across the globe. It includes app developers, core protocol developers, mining organizations, Fortune 500 companies, ordinary users, etc. The native cryptocurrency of Ethereum is Ether (ETH). Ether is digital money which can be sent to anyone, anywhere.

The Ethereum blockchain needs Ethereum Gas to keep itself running as all transactions on the Ethereum network cost a certain amount of gas. It is the token used by Ethereum users for performing any operation on the network. The exact amount of gas needed depends on the current demand for gas and the speed and size of the contract that one is trying to execute. Gas is a significant innovation in the blockchain community. A shift to 10 million gas for each block is considerable. That would translate to a total capacity increase of 25%. News reports regarding the changes appeared to buoy the market of Ether (ETH), Ethereum’s native token, that put in solid gains earlier this week as other cryptocurrencies tracked sideways.

A sudden drop in Bitcoin (BTC) sent altcoin markets lower subsequently, ETH/USD still holding onto the support above $200 at the time of the press release.