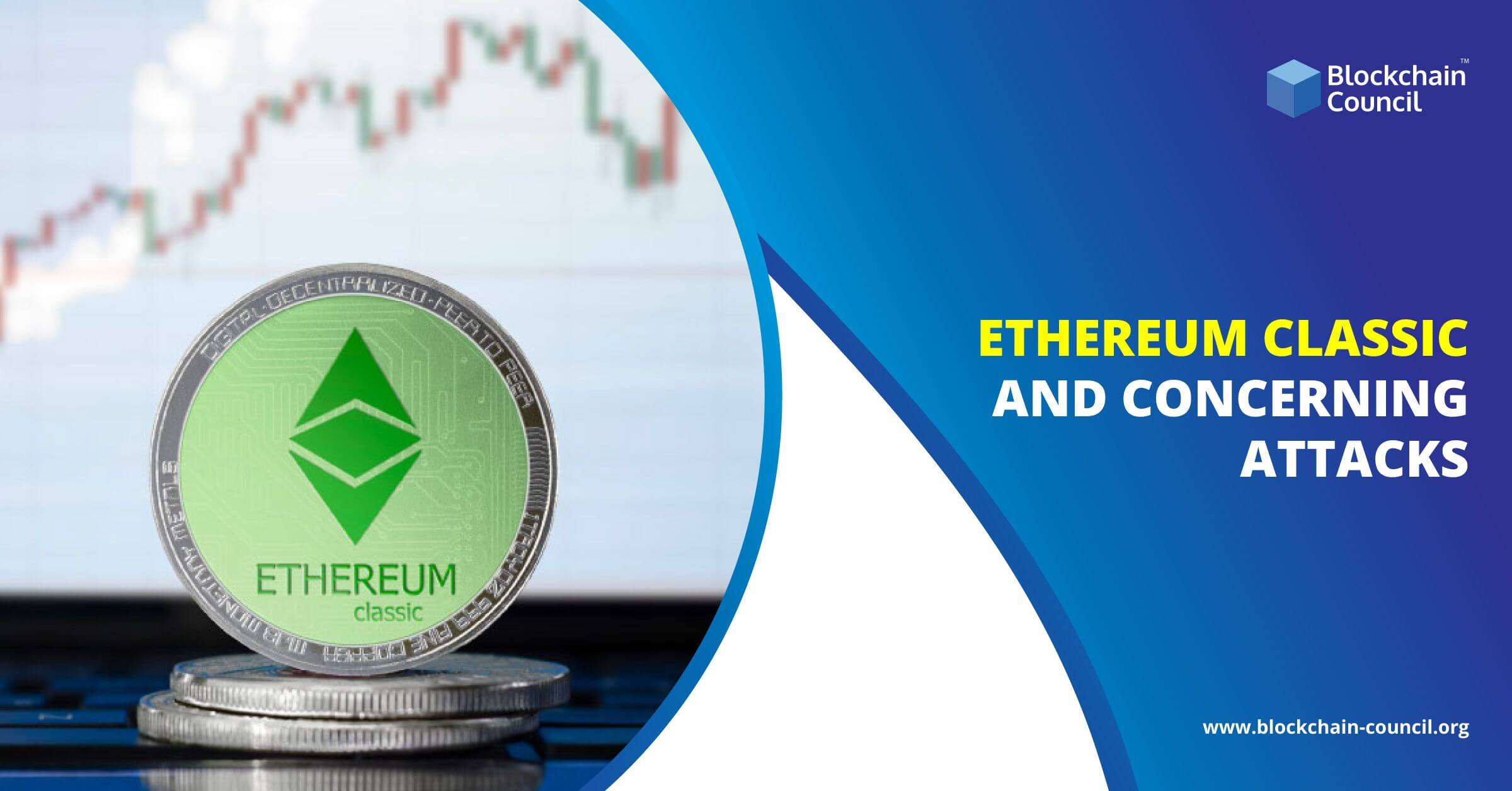 This article will discuss Ethereum vs. Ethereum Classic, why they split, and focus on recent ETC attacks.

Ethereum community was the brainchild of Vitalik Buterin that was introduced in July 2015. But in July 2016, the disaster(DAO attack) took place when Ethereum was hacked, and funds worth $50m were stolen, which proposed a massive controversy in the community.

After this situation, Ethereum decided to go with the concept of Hard Fork, a course of action that effectively involved splitting a blockchain into two parts. The people who were against this decision of hard forking denied getting updated to the new blockchain and chose the old blockchain- “Ethereum Classic.”

After all this, the battle between ETH and ETC started. The old blockchain was renamed as Ethereum Classic while the new blockchain kept its name as Ethereum.

Want to become a Certified Ethereum Expert? Get started now!

Ethereum has a mechanism designed to push the network from Proof-of-Work(PoW) to Proof-of-Stake(PoS). ETH has introduced its long-planned upgrade, Eth 2.0, to improve the functionality and performance of Ethereum in various ways, while the growth potential of ETC is questionable.

ETH devalued the tokens the hacker had stolen and refunded the people who lost their Ether during the DAO attack.

But unlike ETC, ETH goes against the policy that blockchain is immutable.

In terms of value, ETH is much more valuable than ETC due to the fact it is supported by numerous big players of the crypto community. Ethereum Classic is not very popular and doesn’t enjoy all the new updates made in the ETH chain.

What is Happening with Ethereum Classic: Recent ETC Attacks

The debate between ETH & ETC may never reach an end without considering the flaws ETC is facing. Where ETH is always under the limelight for its continuous developments, the ETC network, on the other hand, continues to suffer from multiple attacks.

In 2019, a confirmed 51% attack on ETC took place, which raised concerns about the mining model.

Recently, multiple Ethereum Classic blockchain attacks took place in the month of August 2020, which leads to a significant discussion about what actually happened and how to deal with such attacks.
Two ETC network attacks were reported within a week that led to millions of dollars in losses.

However, on ETC Labs founder James Wo, tweeted that,

“This is not a 51% attack. A miner went offline and was using old client software.”

Furthermore, a report was published on August 1, 2020, that described what actually happened. It was diagnosed that the ETC network went down for maintenance purposes. A report was also released to explain that the offending miner was identified.

Five days later, it was reported that the ETH Classic network encountered another 51% attack that brought the ongoing security of the network into question. An offender conducted a 4,000-block network reorganization.

The report explained that it is unknown whether it is the same issue or an imitator attack motivated by the first attack that took place five days ago.

In response to these attacks, Ethereum co-founder Vitalik Buterin tweeted:

“ETC should just switch to proof of stake. Even given its risk-averse culture, at this point, making the jump seems lower-risk than not making it.”

After a few weeks, the ETC network again faced another 51% attack on August 29. The team mentioned that it is working hard on security upgrades to deal with such attacks.

“While ETC is still making progress in evaluating proposed solutions, we are aware of the current risk to the network at these low hash rate levels. To miners, exchanges, and other service providers, we suggest keeping confirmation requirements levels well above 7K for now.”

When it comes to Ethereum classic, it has only one advantage over ETH, and that is it stays true with the philosophy of the immutability of the blockchain. From the above discussion, it is clear for the ETC community to grow, and to get rid of all such attacks, it has to work on security upgrades. Switching from PoW to PoS can help the ETC network to stay in trend.