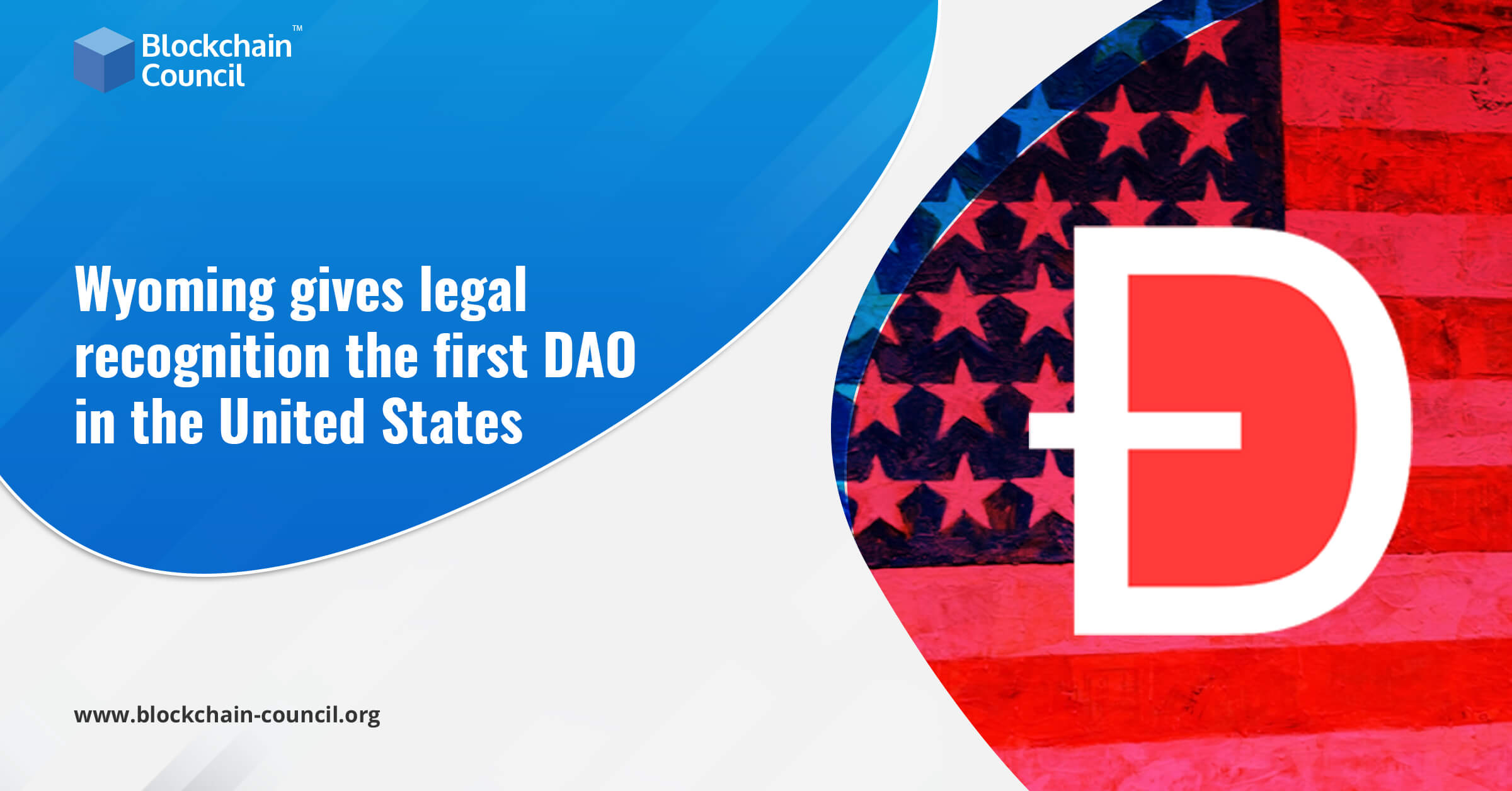 Wyoming has gained the status as the most pro-crypto state in the United States of America.

The very first Decentralized Autonomous Organization (DAO) has been given legal approval from the state of Wyoming in the United States.

The Wyoming Secretary of State’s office made an announcement on July 4, stating that the American CryptoFed DAO has received notice of recognition to serve and operate as a legal entity.

According to Marian Orr, who happens to be the CEO of the American CryptoFed DAO,

“Wyoming is the principal digital assets jurisdiction in the United States, and now along with the DAO law, the state is undoubtedly the top authority in blockchain jurisdiction around the world. As a result, the chances of devising a true digital currency which can attain mass acceptance, is now possible.”

The Merchant Advisory Group, also known as MAG has supported this initiative. They represent 165 of the biggest merchants in the United States. The Chief Executive, John Drechny, has clearly mentioned that the group has always encouraged more competition in the domain of payment acceptance. The mobile banking solutions provider mSHIFT has established the American CryptoFed DAO on 1st July 2021. Their mission was to promote a dual token economy which will be immune to the nuances of inflationary or deflationary influences.

Orr also mentioned that the DAO’s native token, the Ducat, which also happens to be algorithmically stable, allows for transactions which are completely fee-free. The Ducat which is based on EOS, uses delegated-proof-of-stake consensus to attain high-speed transactions while leveraging the use of decentralization.

The interest that is paid to the Ducat holders is used to issue new tokens, along with the help of the rewards given out to the network’s users. Machine learning is used to dynamically adjust the Ducat rewards and interest rates. Therefore, the Ducat intends to appreciate against the USD by the amount of inflation as experienced by the dollar. The DAO also issues its own governance token, named Locke and uses it to stabilize the Ducat. Locke is issued in accordance with the guidelines of the Token Safe Harbor Proposal 2.0 as outlined by Hester Pierce, Commissioner of the SEC, in the month of April.

In recent years, Wyoming has been at the helm of spearheading non-restrictive crypto regulations in the United States. The state regulators are working alongside Caitlin Long from Avanti Bank and Trust to develop a banking charter framework for crypto firms. In September 2020, a Wyoming bank charter was provided to Kraken, enabling it as the first crypto business which was allowed to serve and operate as a bank in the United States of America. Avanti followed in their footsteps the very next month.

Wyoming has become the very first state in the United States to pass legislation in favour of recognizing DAOs as a particular version of limited liability companies.

The Monsoon Session of Parliament in India to uphold discussions on crypto ...
Scroll to top