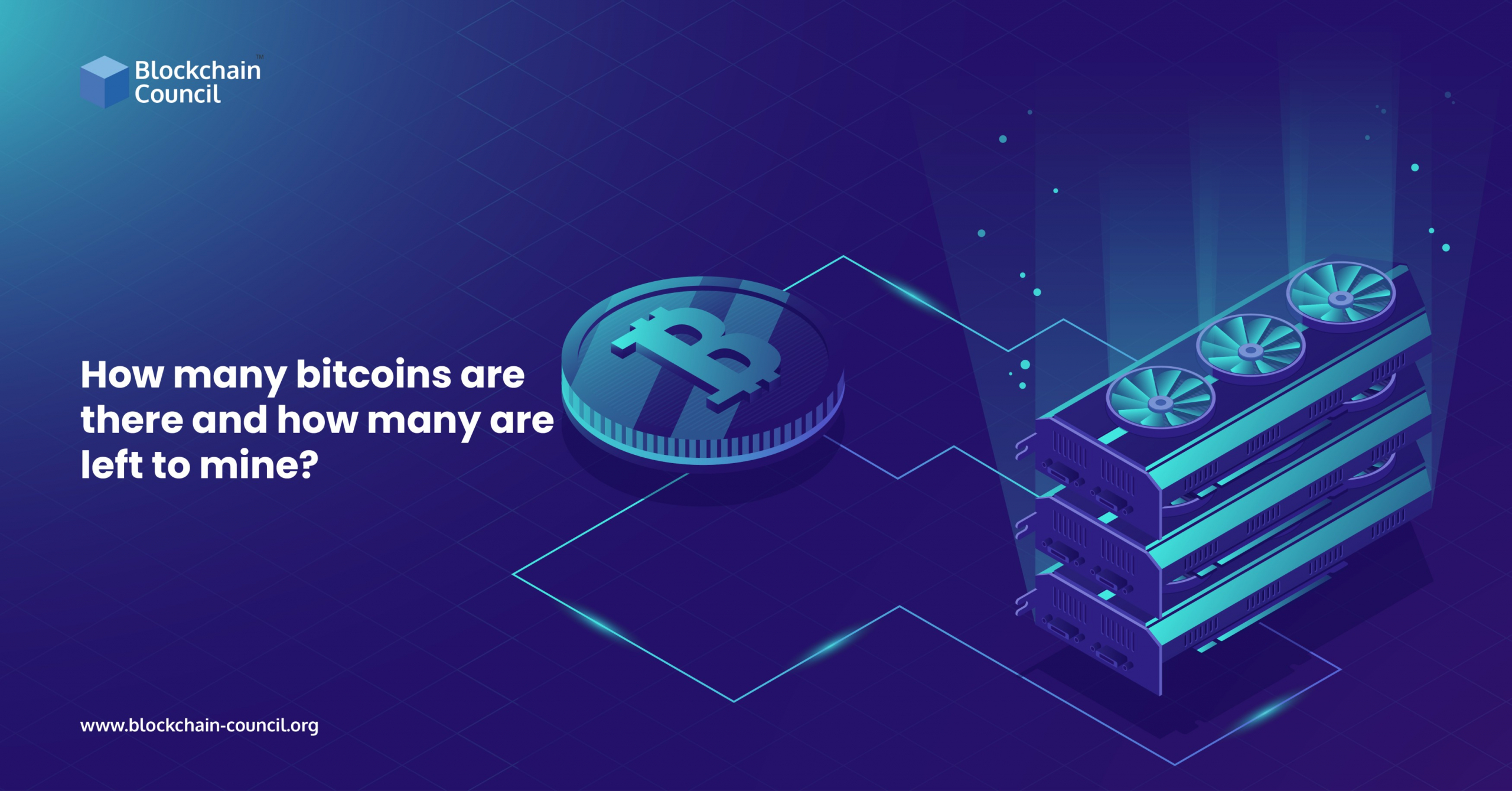 Bitcoin has gone a long way since its debut in 2009. However, what has stayed consistent is its hard limit, which was imposed by Satoshi Nakamoto, the alleged creator whose true identity is unknown.

In the source code, Nakamoto set the upper limit of 21 million Bitcoins, implying that no more can be mined or circulated. Although Nakamoto did not explain establishing the limit of 21 million, many people consider it a significant benefit for the world’s oldest cryptocurrency. According to them, the cryptocurrency’s limited quantity maintains it scarce and keeps its price stable for years.

With the set limit comes a most sought-after question “How many bitcoins have been mined and how many are left?”

The concept of limited supply is a crucial feature of Bitcoin, but it can be not easy to grasp for newcomers. So let’s look into the specifics of Bitcoin’s limited supply characteristic, as well as some basic Bitcoin mining information.

What changes have occurred in Bitcoin throughout time?

Economists are currently examining the impact of the hard limit, but on the surface, the price of Bitcoin has climbed dramatically since its inception more than a decade ago. For example, mining a block in 2009 generated 50 Bitcoins (but the value was less than). A year later, someone bought two pizzas with 10,000 Bitcoins.

One Bitcoin was worth around $10,000 (around Rs. 7.43 lakhs) last year, and it has since risen fourfold. The value of Bitcoin increased as it became ‘harder’ to mine.

What exactly is the situation with bitcoin’s supply?

Satoshi used a method in the source code to impose a hard cap, or maximum limit, on bitcoin production of 21 million. Due to its limited supply, it is a scarce product, leading to future price hikes.

The supply of bitcoins is replenished at a set rate of one block every ten minutes. The system design reduces the number of new bitcoins in each block by half every four years.

There are only about 2 million bitcoins left to mine. Experts predict that the last bitcoins will be mined by 2140.

Is the total number of Bitcoins ever going to reach 21 million?

The final number of bitcoins issued will almost certainly not surpass 21 million. This is because the Bitcoin network employs bit-shift operators, which are arithmetic operators that reduce decimal points to the smallest integer possible.

When the block reward for producing a new Bitcoin block is divided in half, and the amount of the new reward is determined, this rounding down may occur. One Satoshi equals 0.00000001 bitcoins; hence the award is expressed in satoshis. A satoshi cannot be divided in half since it is the smallest unit of measurement in the Bitcoin network.

When splitting a satoshi in half to generate a new reward amount, the Bitcoin network is designed to round down to the next whole integer. Due to the continuous rounding down of Bitcoin block rewards in fractions of satoshis, the total amount of bitcoins released is expected to be somewhat less than 21 million.

Although there is a limit of 21 million bitcoins that can be created, the number of bitcoins in circulation is likely to be much lower. Bitcoin holders can lose access to their funds if they lose their private keys to their wallets or if they pass away without sharing their wallet information. According to research released in June 2020 by the crypto forensics firm Chainalysis, up to 20% of all Bitcoins issued could face permanent destruction.

How long does it take to mine a bitcoin?

How long it takes to mine one Bitcoin is determined by the size of the block reward or how many new Bitcoins are paid to crypto miners for generating a new Bitcoin block. Every 10 minutes, a new block is generated, with the current block reward of 6.25 Bitcoins. A new bitcoin is mined every 1.6 minutes on average.

When Bitcoin’s supply limit is reached, what happens to mining fees?

When the Bitcoin supply reaches 21 million, it will abolish mining fees. Instead of a mix of block rewards and transaction fees, miners are more likely to receive money solely from transaction processing fees.

No additional bitcoins will be issued when the maximum number of bitcoins has been achieved, even if that amount is slightly less than 21 million. Bitcoin transactions will continue to be pooled and processed into blocks, and Bitcoin miners will be compensated, although most likely simply with transaction processing fees.

Bitcoin miners are expected to be affected by Bitcoin reaching its upper supply limit, but how they are affected depends partly on how Bitcoin matures as a cryptocurrency. For example, if the Bitcoin blockchain processes a large number of transactions in 2140, Bitcoin miners may still be able to profit solely from transaction processing fees.

Even with low transaction volumes and the removal of block rewards, miners can still earn in 2140. This is possible only if Bitcoin is primarily used as a store of value rather than for daily transactions. Miners can charge hefty transaction fees to process big-value transactions or vast batches of transactions, with more efficient “layer 2” blockchains like the Lightning Network assisting daily bitcoin spending.

However, if Bitcoin mining becomes unprofitable in the absence of block rewards, the following undesirable consequences may occur:

What is the benefit of this onerous restriction for Bitcoin?

It’s just basic economics. The higher a product’s worth, the rarer it is — albeit this is dependent on demand. Because there are only 21 million Bitcoins, speculators predict the virtual currency’s value will climb as more people become aware of its “store-of-value” potential. As a result, Bitcoin’s value has risen due to its limited supply and rising demand.

The “fiat” money provided by governments around the world, on the other hand, has no strict limits. Governments are free to print as much dollars or rupees as they want, but they normally don’t go above a certain limit to avoid unsustainable inflation.

What will the network’s response be?

Bitcoin’s network is an essential aspect. Any cryptocurrency is built on a distributed ledger paradigm.

If the network’s transaction volume grows in the future, transaction speeds may slow. The architecture of Bitcoin is more concerned with accuracy and integrity than with speed.

There’s a potential that bitcoin will become a reserve asset if the quantity of transactions in the network declines. As a result, small retail traders will be pushed out, and prominent institutional players will take their place, perhaps raising transaction fees and making trading more costly.

In the year 2140, will Bitcoin work similarly to cash or gold bars? Bitcoin’s environment is still evolving, so it’s feasible, if not likely, that it will continue to evolve over the next few decades. However, no additional bitcoins will be released after the 21-million coin cap is met, regardless of how Bitcoin evolves. The impact of reaching this supply limit is most likely to be felt by Bitcoin miners; however, the Bitcoin investors could suffer as well.

If you’re still in the fog about bitcoin and don’t know where to begin, check for bitcoin professionals. However, if you aspire to become a professional then you can enrol into some cryptocurrency course. Blockchain council has got all the in-demand blockchain related certification courses for you.