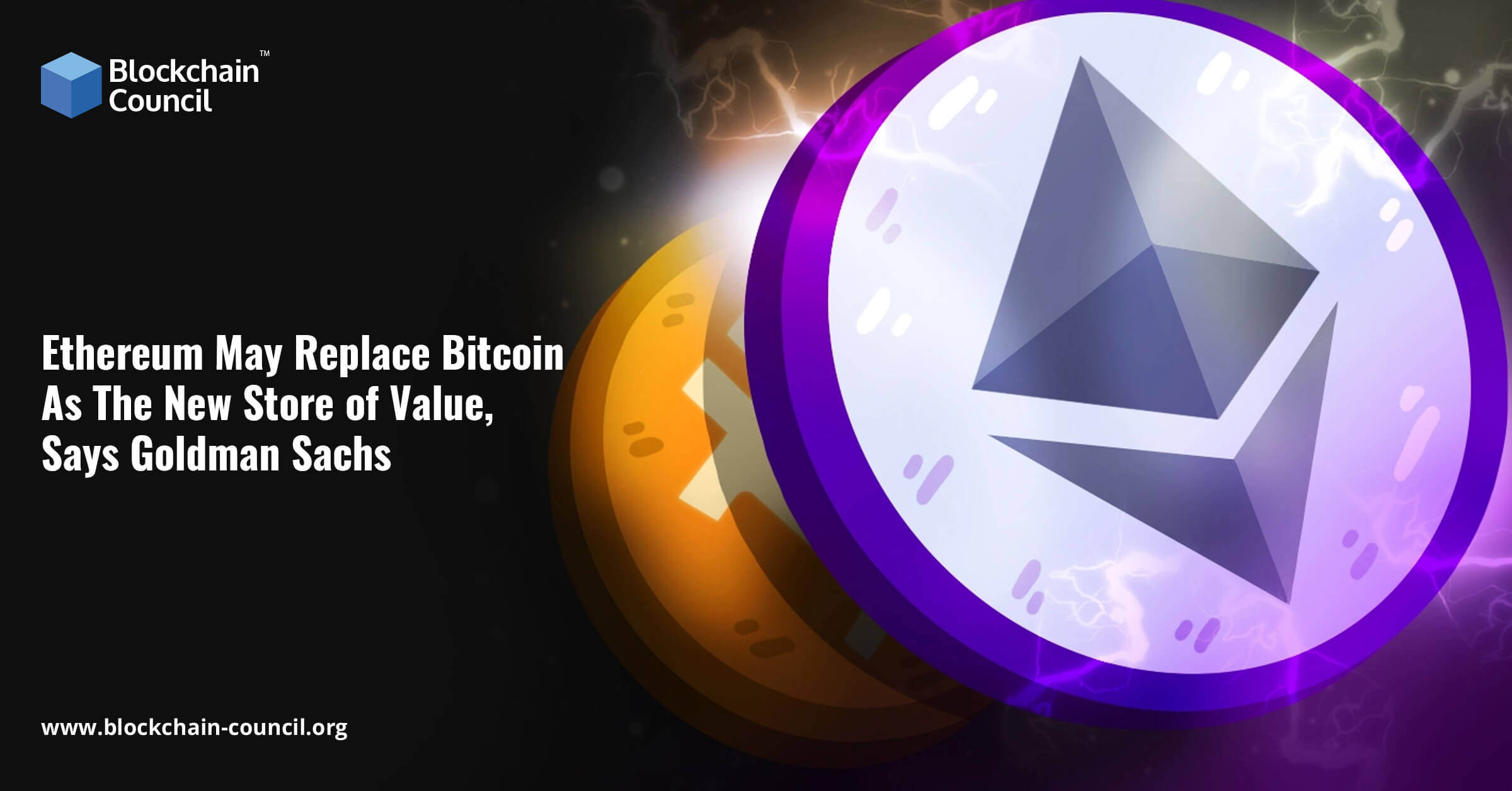 The popular firm Goldman Sachs reported on Tuesday that Ethereum may soon surpass Bitcoin, eventually replacing it as the next best storage of value in the market. Their analysis stems from the instance that shows Ethereum to have the highest recorded number of real use cases at present.

It can easily be observed that people are becoming increasingly reliant on using the smart contracts on Ethereum, simply because they are fast, secure and hugely popular among crypto users. Ethereum just might ascertain its position as the first crypto on market cap with its rising demand and popularity.

Goldman Sachs predicted that Ethereum will soon surpass Bitcoin in just a few more years. Smart contract applications on the Ethereum Blockchain are easy to use and more efficient.

Smart contracts are software applications that enable users to complete a transaction automatically once it is initiated. They are powered by both DeFi and Dapps protocols. Research suggests that Bitcoin gained popularity as the brand that initiated transactions on crypto but it is evident that it lags the speed and agility of Ether.

Bitcoin is more focussed on improving network security and hard currency. That is one of the primary reasons because of which they are yet to provide the much appreciated functionality of Ethereum. In one second Bitcoin can process 7 transactions, whereas the number is somewhere between 15-20 in the case of Ethereum.

In the case of drawing comparisons between the two on their respective rate of growth, Ethereum has shown a growth rate of 856% whereas Bitcoin could manage around 261%. Even though Ethereum is a much younger network than Bitcoin, it did record a growth rate 3 times higher than BTC.

Goldman Sachs had also stressed on the importance of gold ranking it as a higher store for value when compared to crypto. They believe gold is a defensive inflation hedge whereas crypto is a risk on inflation hedge. Gold has the ability to compete with crypto the same way it competes with other assets in the market. Their analyst stated in a report to the clients that crypto is still not an asset that can be labelled as investable.

Not only banks but other organizations also have noticed the rising of Ethereum as the next big thing. For instance, the Celcius Network is one such organization that lends and deposits crypto and currently manages around 17 billion dollars’ worth of cryptocurrency. Even their CEO has mentioned that he believes Ethereum’s stake will continue to rise in the following years and he is sure of that.

Learn more about blockchain technology under the guidance of robust blockchain professionals at the BLOCKCHAIN COUNCIL.