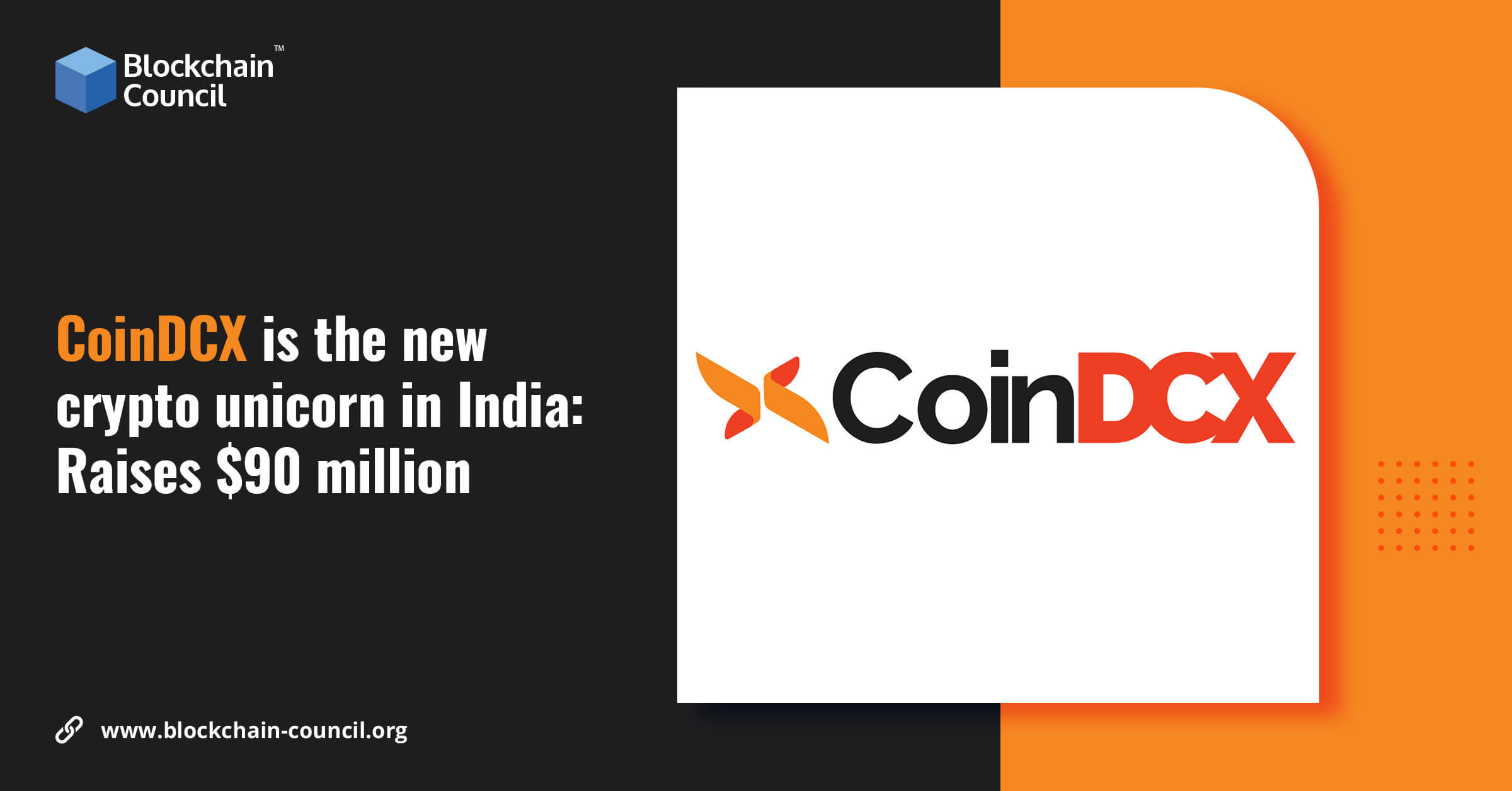 CoinDCX has become the first crypto based company in India to have raised a staggering amount of $90 million at a series C funding clocking at an estimated valuation of $1 billion. Moreover the company has managed to gain the status of being a unicorn among its peers, even though there are ongoing uncertainties regarding the regulatory status of crypto assets.

The funding event was led by B Capital Group, which is chaired by Eduardo Saverin, who is also the co-founder of Facebook. Other notable investors such as Polychain Capital, Jump Capital, Block. one and Coinbase Ventures also participated in the funding round.

According to an announcement made by CoinDCX yesterday, the funds that have been gathered at the event, will be primarily utilized for furthering the ambition of the company which has always been focussed on spreading awareness on all things related to crypto across the whole country of India. It is true that the Indian diaspora is not very much aware about blockchain and crypto related developments. So this is an important and necessary initiative, since blockchain and cryptocurrencies are the future.

Sumit Gupta who is the Chief Executive Officer and co-founder of CoinDCX, stated that the exchange company is aiming to collaborate with fintech companies and startups. This would enable them to expand the base for investors and also initiate a project for a Research and Development facility.

The crypto exchange company, CoinDCX began its journey back in 2018 and by now they have been able to bring on board more than 3.5 million users. In the upcoming months, their plan is to initiate the CoinDCX Prime Initiative, which will be the latest offering from the company in the enterprise and high net individuals (HNI) space. Moreover, the company is also willing to launch their global trading product which goes by the name of Cosmex.

According to Gupta, India at this moment is experiencing a huge surge in relation to blockchain and crypto-based products and statistics point out that this is not even the beginning of it. Even at a time like this, there are hardly a few platforms in India which provide the compliance, efficiency and security that investors generally expect nowadays.

This year in the month of April, the valuation of the crypto token from WRX had briefly reached a $1 billion dollar valuation point.

The unicorn status achieved by CoinDCX is happening at a time when the regulatory areas regarding digital and crypto assets are going through a phase of uncertainty in India. For instance, the Reserve Bank of India (RBI), back in April 2018, imposed a ban on all banks in the country from engaging in crypto transactions. They even restricted the aforementioned crypto exchanges to refrain from taking deposits in Indian Rupee from the users, for trading on their platforms.

However in the month of March last year, the Supreme Court had ordered the RBI to lift up the ban on crypto and as a result this move from the supreme Court helped in boosting the morale of crypto companies and users in India.

Also, there were proposed discussions that in the February Session of the Parliament, there would be talks regarding a Central Bank Digital Currency or a CBDC that would eventually help in banning all private cryptocurrencies from the market. But unfortunately, that discussion never took place and the matter did not go any further. Most of the industry experts are of the opinion that a ban like that, an all-encompassing one, is most unlikely to happen.

Navin Surya, who is the advisory board member of BACC which stands for the Blockchain and Crypto Assets Council, said that the government is more likely to introduce regulations instead of a steady ban. This is because crypto transactions are increasing day after day. Venture capitalists’ interests in blockchain and crypto based startups are increasing sharply. According to data, only in 2021 till now, there have been 13 successful deals that have taken place in India which are worth more than $176.89 million.