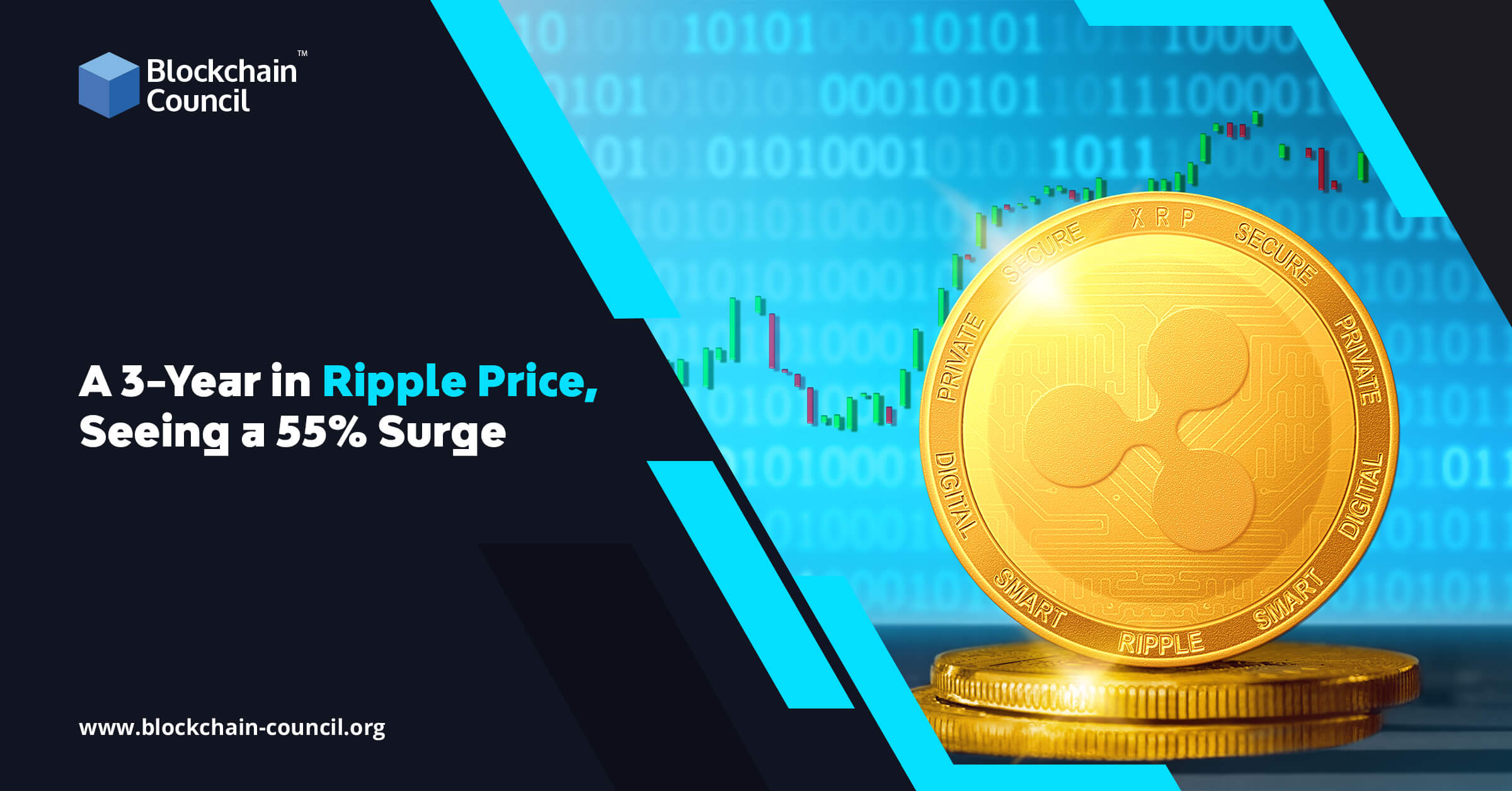 According to the latest announcement, the XRP price surges 55%, as the sixth-ranked cryptocurrency by market capitalization, has renewed its aim on the creation of a cross-border payment network.

It was announced that in January 2021, XRP cryptocurrency hit a value of more than 0.40 US dollars per coin, more than double what it was in December 2020. Over the past year, Ripple’s value has been below a dollar, indicating little or even no signs of improvement.

The uptick in trading volume was seen when XRP renewed its center on the creation of a cross-border payment network that is inclusive and sustainable as well.

XRP, which stands for ExpandThe Ripple coin, is a currency on the Ripple network. It is best known for its digital payment network and protocol, and it can be used by banks to source liquidity on-demand in real-time, as well as by payment providers to extend their scope into new markets. It facilitates faster payment settlements and lower foreign exchange costs.

According to Data from Cointelegraph Markets and TradingView, XRP dropped to a low of $0.566 in the early hours on April 4. But after Ripple posted a blog titled “Creating a More Financially Inclusive and Sustainable Future,” it triggered a 55% rally in XRP price.

A blog titled “Creating a More Financially Inclusive and Sustainable Future” discussed how XRP has collaborated with “mission-driven financial technology corporations, reputed universities, NGOs, social entrepreneurs, and others in order to create higher economic fairness and opportunity for all, and this post has triggered XRP price to a great extent.

Another factor that triggered its price was when Ripple announced that it acquired a 40% stake in Asia’s leading cross-border payments specialist, Tranglo.

The cumulative impact of these two recent announcements has resulted in a 257 percent surge in XRP trading activity over the last two days, from an average 24-hour volume of $5 billion on April 4, 2021, to $18.4 billion on April 5.

Top NFT Projects You Must Know
Scroll to top