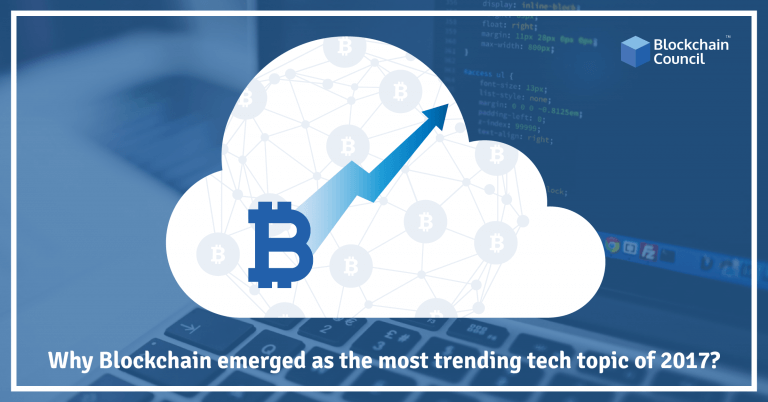 Whatever it may be, but Blockchain is not the Tulip Mania. It is here to stay and for long. It was in 2009 when we heard about this technology that gave birth to Bitcoin. Although Bitcoin gained immediate popularity, it took some time for blockchain to garner the eyes of the technology patrons. However, the scenario has now topsy-turvy. Blockchain has taken the world by storm, and every day we can find some news related to this new technology. There are various reasons which make it such a big hit, which I will be discussing later in this blog. But for now, let’s start off with blockchain first.

You all would agree on with the fact that digitization is ruling our world; from buying products to doing business technology has overpowered everything. It has webbed us so strong that it’s difficult to imagine our life without it. But, with the rise of digitization, our world has also become very open when it comes to data and information.

Sharing of information with the third party, using a third party platform for the transaction, leaking of personal information are some of the apprehensions which make the World Wide Web a dubious entity. Under such circumstances, there is a dire need for a system that can make the entire work full-proof and transparent at the same time.

Well, the role of blockchain comes here. This technology with its multitude of features has grabbed the attention of many business niches. Blockchain provides a secure and unique system of records such that every information in this ledger is encrypted making all the information safe and secure.  2017 was all about the probable usage of blockchain in different fees, however, in 2018, we are likely to see blockchain adoption in banking, healthcare, and financial services.

As mentioned above, there are various reasons which make blockchain such a big hit. The prime one being, the need for a full proof system and a system which is free from any control. Since all the transaction or exchange of information in the blockchain is peer-to-peer, it is highly secure. Moreover, anonymity is another feature of blockchain which makes it a success.

Bitcoin, the pioneer in the field of cryptocurrency, although became popular in initial stages its lack of control and regulation let it down. Many people believe that it’s a bubble which is so going to burst. However, when we talk about blockchain, it is more trustworthy and has a better reputation amongst the developers. Moreover, blockchain happens to be the next big thing.  Unlike Bitcoin, blockchain has a better reputation amongst the developers, and thus, it became the story of success in 2017.

Blockchain has emerged as a probable solution for the same. It has all the features which can prevent the sharing of information with the third party. Moreover, its traceability feature makes it easy for anyone in the system to find the source of information in some time, which is not the case with the current technology, thus, making blockchain a huge success and an underpinning for the future course of action.

What is Facebook Doing in the Field of Blockchain?
Scroll to top