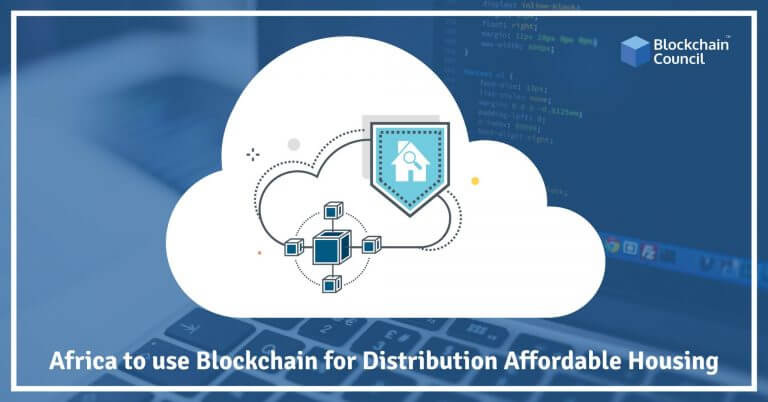 Do you remember the era when the world first witnessed the impact of the internet? Well, a similar effect can be felt now, and the reason behind it is this new and powerful technology, Blockchain.

Blockchain or Distributed Ledger Technology surfaced in the year 2009 when the world got to know about digital currency, Bitcoin. The Blockchain is the underlying technology of Bitcoin and other cryptocurrencies. However, over a period Blockchain outgrew its conventional application in cryptocurrency exchange. Today, Blockchain finds myriads of applications in different sectors and real estate is one of them.

When we talk about real estate, then the first thing that crops up is the problem of transparency and paperwork. Blockchain got popularity because it aids easy tracking, the immutability of data, chronological data storage and security of data. All these features make Blockchain a technology that can remove the bottlenecks of conventional technology and make the current business operations faster, better and transparent. Owing to these features, many nations are adopting this technology and trying to find its application in different fields. One such move is taken by the African government who plans to use Blockchain in real estate.

What is Africa’s plan in the field of Blockchain application in real estate?

The news has come from Kenya, the government there is planning to use Blockchain for distributing new government-funded housing units. The Kenyan National Housing Fund has planned to create affordable houses for those who need it the most and this distribution of houses will take place using DLT or Distributed Ledger Technology.

The reason the Kenyan government is switching to Blockchain for house distribution is that the people have lost trust in the government when it comes to housing plans. There have been precedences where the government has spent huge sum in projects which didn’t serve the purpose. Projects like National Youth Service Scandal I and II where higher officials were arrested in fraudulent activities which led to fraud of $78 million from government funds.

When it comes to the African continent, then Kenya is one of the developing countries working in the field of Blockchain and cryptocurrencies development. In fact, Bitange Ndemo the chairman of the Distributed Ledgers and Artificial Intelligence task force came up with a suggestion where the government can use tokenisation of the economy in a bid to cater to the problem of corruption.

Why this shift towards Blockchain Technology?

Blockchain Technology despite being a new technology is still under the phase of improvisation, it has proven to be one of the best developments in recent years. Blockchain initially was the base for cryptocurrency its multitude of features proved beneficial for other business operations like tracking of information, data exchange, real estate, healthcare and much more.

Some of the key features which makes Blockchain a powerful technology:

All these features make Blockchain a promising technology as it has the solution for all the problems that persist in the current technology.

How is Blockchain helping real estate?

As we all know that Blockchain maintains the record of transactions where each block is connected to the previous block, and it cannot be changed once the block gets added to the chain. It also does not require a central administrator to guarantee the integrity of any transaction. Similar to other industries, the real estate sector is also noticing the impact and usefulness of Blockchain.

Currently, the real estate industry is working in an antiqued and fragmented manner. But with the help of Blockchain, we can bring all the information and data on one platform and access the information as and when required.

Another usefulness of Blockchain is smart contracts. These are pre-programmed digital contracts which execute payment when the pre-defined conditions are met. With the help of these smart contracts, we can stop problems like title transfer, title deeds, and tracking title transfer.  Since the information on the system is visible to the people in the network it becomes difficult to alter it or change it. Blockchain can be useful in verifying the transaction. The current real estate transaction relies on escrow agent which can be brokers, company or any third party that hold funds. In this case, the third party is to be trusted then it will release the payment once the agreed list of conditions is met. With the help of Blockchain, there is no need for the third party, the technology may allow multisignature transactions where all the parties sign, once the conditions are met, the payment is released automatically.

There are many other areas in real estate where Blockchain can find usage and Kenya is exploring that aspect of it. With the help of Blockchain Technology, it wishes to execute the housing distribution transparently.

What is Quorum Blockchain?
Scroll to top