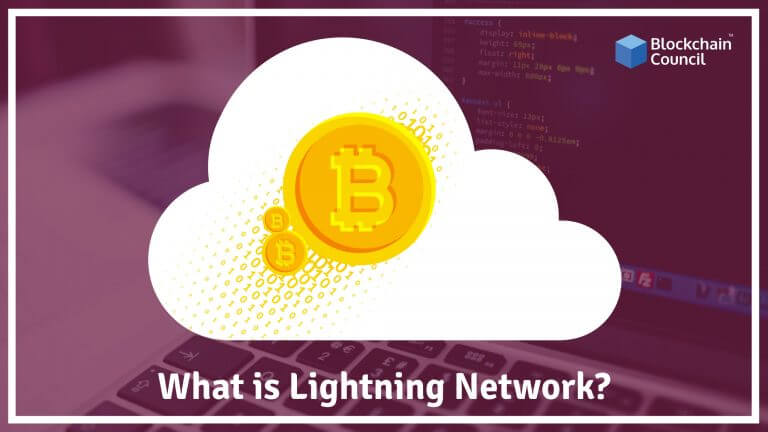 Anyone who has kept up with the Bitcoin scaling debate over the last several years is bound to be familiar with the terms Lightning Network and Off Chain Scaling Solutions which have come with promises of billions of transactions per second and virtually zero fees. But how exactly do these technologies help scale the Bitcoin network? Let’s take a deeper look.

In the simplest terms, the Lightning Network is the off-chain scaling solution for Bitcoin which will enable bidirectional payment channels. What this means is that with Lightning Network, two users can choose to open a private Bitcoin transaction channel to exchange Bitcoins among themselves without consulting the main blockchain. In order to open a channel, both parties have to make one on-chain transaction declaring the amount that will be exchanged on the channel. After that, they can choose to do as many transactions as they want until one of them decides to close the channel. After the channel is closed, the channel “settles” with the main Bitcoin blockchain and pay out the updated balances to both parties.

According to the white paper on Lightning Network’s website, the new technology will enable the Bitcoin network to handle instant payments at a very low cost which could be the basis of a machine economy, which will be required by the Internet-of-Things enabled devices. Additionally, Lightning Network enables cross-chain atomic swaps off-chain instantly with other blockchains as long as they employ the same cryptographic hash function. These additions will allow for the Bitcoin network to scale exponentially to handle up to billions of transactions per second which is necessary to facilitate microtransactions in the machine economy and bring affordable Bitcoin transactions to the average user.

Since the Lightning Network transactions are handles off-chain, there is no record of those transactions on the main chain which is very useful in curtailing the Blockchain size. The current Bitcoin Blockchain is about 150 GB which is already huge and if it continues to grow at its current rate, Bitcoin’s centralized model is bound to suffer as independent node owners would have to shut down their devices leading bigger data centers to run massively centralized nodes.

The situation is not all roses for the future of Bitcoin as the Lightning Network comes with its own set of problems, the primary of which is the decentralization aspect of it which is under a lot of doubt. Since a payment channel works by having a certain amount of deposit in a bidirectional payment channel, in order for every user to become an active participant in a global decentralized mesh network where the network behaves similar to a Directed Acyclic Graph, every user would need to have 4 payments channel open on average.

If the users instead only have 1 channel open, the network topology will resemble that of a hub-and-spoke model which leads to a lot of centralization for big data centers, or in the case of Bitcoin, large exchanges, and miners. Also, since setting up a Lightning Network payment channel requires an on chain transaction per channel, based on current network congestion statistics, it could take several months or even years for about 100,000,000 users to set up 4 payment channels each. According to the discussion on the official Bitcoin subreddit regarding Lightning Networks and decentralization, users came up with estimates that imply that for approximately 100,000,000 users to be part of the truly decentralized lightning network which lets them exchange $100, would require about 100,000,000 X 4 X $100 = $40,000,000,000 committed to open channels which based on current usage patterns seems unlikely. To summarize, Lightning Network is the most advanced scaling solution that is coming to Bitcoin but whether it will increase or decrease overall centralization would depend on a number of factors like the number of people who are connected to the open channels and the influence of centralized exchanges and miners. Another possible solution to the centralization problem could be provided by cross-chain atomic sweeps which could be useful in creating on chain records of Bitcoin’s open channels. Since main use of Lightning Network is in exchanging signatures, it can also be used for exchanging signatures to contracts published on more than one blockchain at a time. This allows for multiple blockchains to be hyperlinked to one another which is where the true power of Lightning Network lies.

How Blockchains Can Help the Taxi Industry
Scroll to top