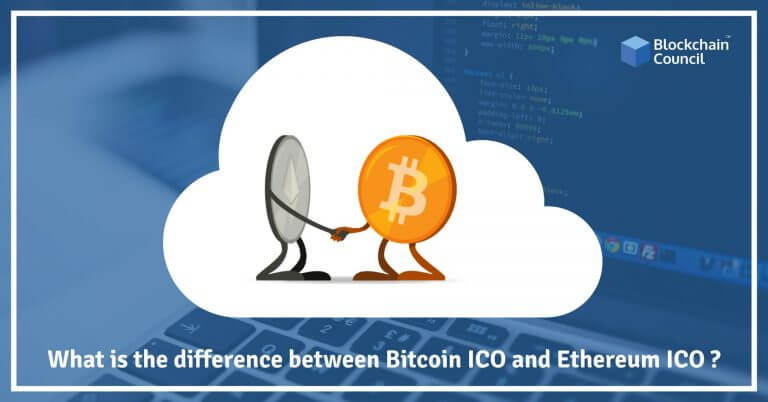 Since last summer, the cryptocurrency space has seen an unprecedented rate of growth, both in interest from investors and the financial gains for the investors. This high rate of growth can partially be attributed to the growing popularity of Initial Coin Offerings (ICOs) which provide a unique new way to fund new blockchain related projects. Some of the biggest ICOs of 2017 have claims of raising several hundred millions of dollars in a span of a few minutes. For reference, the biggest ICOs of 2017 are Filecoin ($257 million), Tezos ($232 million), and EOS ($700 million). Let’s take a look at the different kinds of ICOs like Bitcoin ICOs and Ethereum ICOs.

Why are ICOs becoming popular?

Since the widespread adoption of Bitcoin and other cryptocurrencies, ICOs have been garnering more and more investment capital from investors from all around the world. That is because until cryptocurrencies became popular, investing in projects at such a young stage was limited only to wealthy people – venture capitalists (VCs) and accredited investors. ICOs have enabled individuals from around the world to come together and fund projects that they find useful. There is less red tape to worry about, and investors can participate in ICOs from any part of the world. That is why ICOs are being called the next generation of funding platforms.

What is a Bitcoin ICO?

Unlike Ethereum, Bitcoin is not a platform that allows for smart contracts that can handle an ICO. In fact, Bitcoin is merely a decentralized currency which means that it can only be exchanged for a token in an ICO or IPO (Initial Public Offering). There have been several ICOs in the past year that has taken Bitcoin as an alternative to Ether. However, they are still managed by the Ethereum network. The most famous ICOs that have utilized Bitcoin include the Antshares ICO (presently NEO), Stratis ICO and even the Ethereum ICO. It is important to note that projects which make use of Bitcoin for their ICO typically have their blockchains like in the case of Stratis, NEO, and Ethereum. By comparison, ICOs which have taken place on the Ethereum network can utilize Ethereum’s blockchain to facilitate transfers and gain other benefits of the Ethereum network.

What is an Ethereum ICO?

Ethereum is undoubtedly the most popular ICO platform in existence right now which has handled several hundred ICOs over the past one year. In fact, Ethereum was so popular for ICOs in the summer of 2017 that popular ICOs would regularly clog the entire network due to high demand. A big part of Ethereum’s popularity is that it is faster and more flexible than Bitcoin as a platform. Ethereum offers smart contracts, which are programmable pieces of code that can self-execute in a decentralized fashion on the Ethereum blockchain. A typical smart contract to handle an ICO includes a few basic parts. It generates a public Ethereum address that investors can send Ether in. The smart contract is programmed to send an equivalent of tokens back to the address that it received Ether from. In this way, the whole transaction is completely trustless and does not rely on any central authority to function. This enables virtually everyone in the world to invest in these projects at a very early stage and therefore creates an equitable investing environment.

Another factor that makes Ethereum a better platform for ICOs is the creation of the ERC 20 standard. According to Investopedia, “the ERC-20 defines a common list of rules for all Ethereum tokens to follow, meaning that this particular token empowers developers of all types to accurately predict how new tokens will function within the larger Ethereum system.” What this accomplishes is that it makes creating a new blockchain for every token redundant. By conforming to the ERC 20 standard, the tokens issued on the Ethereum platform become transferable on the Ethereum blockchain. By doing so, these newly minted tokens can make use of all the power of the Ethereum blockchain without setting up a blockchain from scratch. It also makes it easier for these tokens to be integrated with new exchanges like Ether Delta and other centralized exchanges. This is a very symbiotic relationship as these newly minted tokens get the speed and security of the Ethereum network, while Ethereum gains traffic on its network from these new tokens.