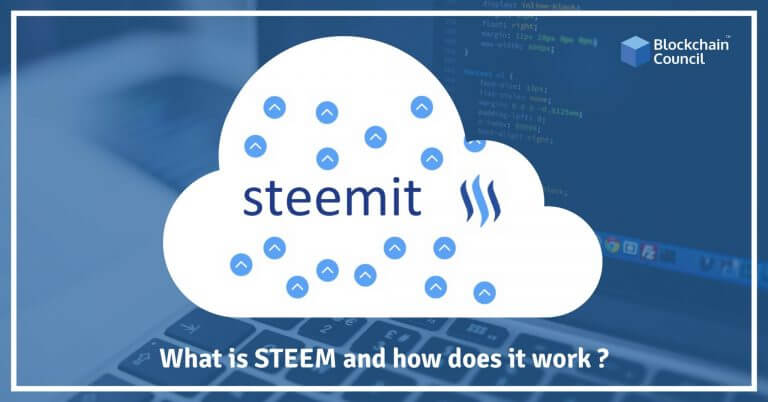 When it comes to the blockchain, there has been a lot of hullabaloo about its viability and potential. But, with time, we are witnessing some practical application of the same. Plenty of examples show the practicality of Blockchain. Here I will be highlighting about STEEM.  It is a liquid currency just like bitcoin. It has properties similar to Bitcoin and the value changes as well.  STEEMIT platform pays the users in the for cryptocurrency called STEEM.

STEEMIT is similar to Reddit and is a fusion of ideas drawing from both social media and cryptocurrencies.  It enables the people to share content on STEEM network and crypto tokens.

As mentioned above STEEMIT is a social media platform built on STEEM blockchain and is similar to REDDIT, but there is a significant difference between the two :

In case of STEEMIT, it pays to both the parties, the content creator and the one who shares and upvotes it.

It is only possible because STEEMIT has its digital currency called as
New units of the currency are created every day by the network. This currency is distributed to the users who exchange digital currency for real money. You can start off free.

How does STEEM work?

How is STEEM different from other cryptocurrencies?

Although STEEM is similar to other cryptocurrencies, there is a significant difference between the two, STEEM has three different currency units namely:

These are the units which are bought and sold for actual money in the open market. The exchange happens in a similar to that of Bitcoin. But,  it’s advisable not to hold them for long. In case you hold them, then they might lose value.

STEEM Power is a long-term investment as you cannot sell them for two years. With it, you can make more money because you have had high ownership of the network.  As the system continues to grow so will be your share.

Do you know that in the current setup around, STEEM currency is generated every day? Of these the people holding the STEEM Power get 90 percent of the same. The remaining 10 percent goes to the content curator and creators.

How to earn STEEM?

The process to earn STEEM is simple. Let’s understand this :

As a newly registered user, you can have 5 STEEM Power for free.
Publish the topics and start participating in discussions already in pace. The more popular your content is creating, you will generate more asset.

Upvoting a new topic will also enhance your STEEM Power
With STEEM Power and STEEM Dollars, you can earn interest
You can loan your STEEM to other and become a part of the debit game then in a span of specific time, the users have the highest number of transactions will get more significant rewards in the form of STEEM currency.

How to get STEEM

There two ways you can earn it :

From the current pace of development, STEEM has much potential application. It is working on bringing in mobile apps for Android and iOS. There are efforts to make this platform more user-friendly and straightforward for the ones who are willing to engage on this website. We will see many such transformations in the same in the times to come.

Can a Blockchain Be Queried Like a Normal Database?
Scroll to top