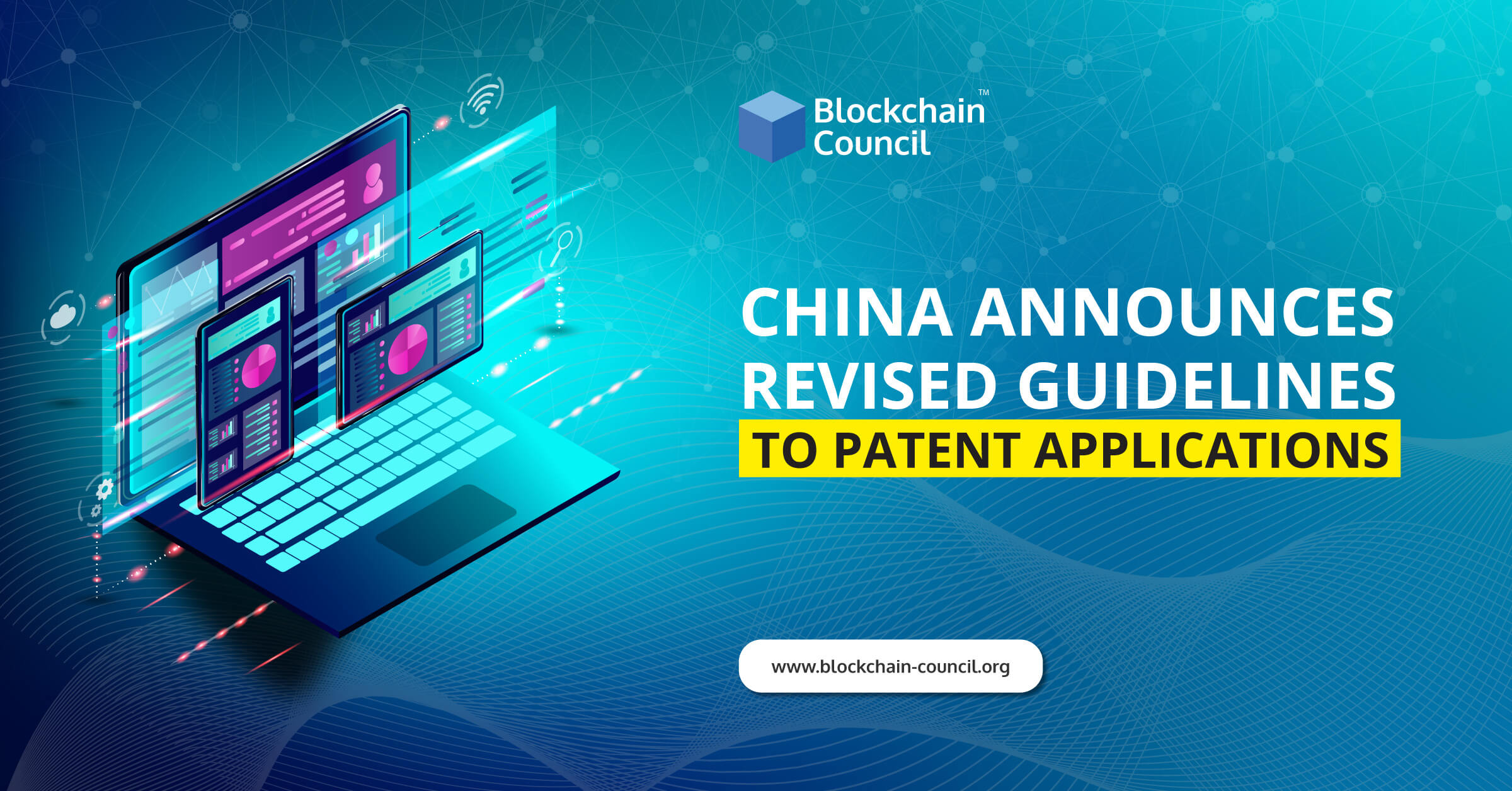 China’s National Intellectual Property Administration (NIPA) is currently in the process of clarifying the guidelines for blockchain patent applications, that are set to become effective, starting from 01 February. In December 2019, NIPA came up with an announcement about the revised guidelines it had prepared to patent applications for new emerging and disruptive technologies such as blockchain, big data, artificial intelligence, and business rules and methods.

The guidelines contain the following points:

The National Intellectual Property Administration of China is vested with the primary responsibility of coordinating and organizing the protection of intellectual property rights across the globe. Their tasks include overseeing the registration and administration of trademarks, country of origin geographic indicators, and patents, guiding law enforcement work relating to patents and trademarks and establishing coordinated enforcement mechanisms.

As mentioned by Analysts in 2019, “the revision of the guideline conforms to the needs of the development of new industries such as blockchain, which reflects the country’s strategic direction of strengthening intellectual property protection, is more friendly to patent applicants in these emerging fields, and makes patent applications easier to obtain authorization, thereby Strengthened patent protection.”

Recently, China formally implemented a law that will govern the cryptographic password management on account of the pre-release plans for its Central Bank Digital Currency (CBDC). As per news reports, the standing committee of the 13th National People’s Congress in China passed the crypto law on 26 October 2019. This crypto law segregates passwords into three types: common passwords, commercial passwords, and passwords. This is done with the aim of facilitating China’s transition to blockchain technology.

As written by the China Money Network, referencing a report from the Japanese media outlet, Japan Economic News, “In order to prevent data from being tampered with, it is necessary to protect each data with a password. The development of blockchain technology can not be separated from the progress of cryptography technology.”