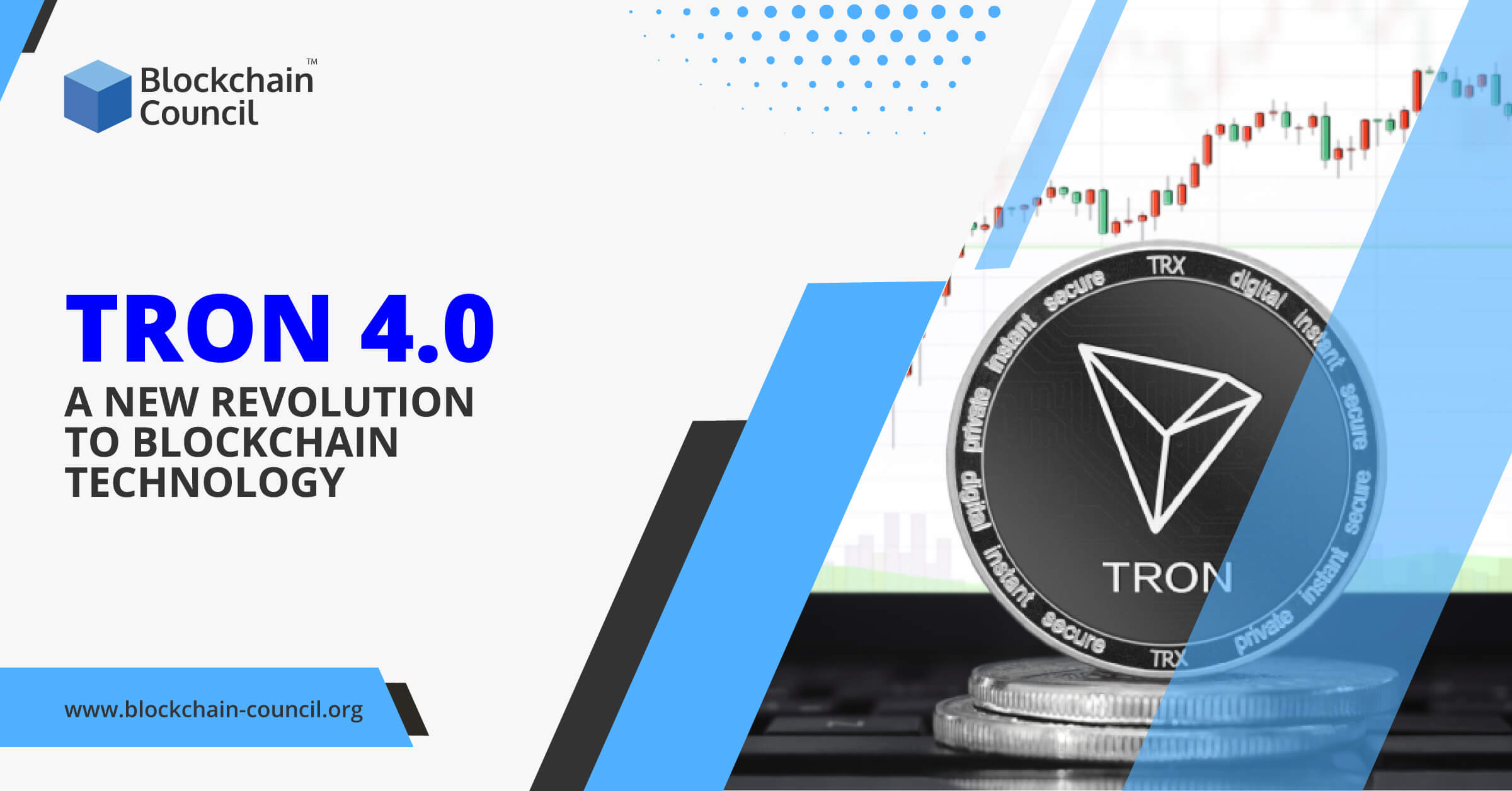 Wondering what TRON is? Curious to learn what all its latest release ‘TRON 4.0’ brings for all? If yes, you have landed at the right place. This article provides an overview of TRON, explaining it already existing upgrades and finally focusing on the latest version of TRON.

Learning Of the Blog

Founded in 2017 by an organization called TRON foundation, it is a decentralized platform of the blockchain network headed by Justin Sun, the CEO. It utilizes blockchain technology and the Peer-to-Peer network to eradicate the need for intermediary existence in its network. This decentralized platform is just a few years old to the crypto industry but has become one of the largest Blockchain-based operators by offering distinctive features. Since its establishment, TRON has partnered with numerous firms and attracted a huge crowd. It aims to evolve a free and global digital entertainment system relying on distributed technology.

In May 2020, CEO Justin announced the launch of the TRON 4.0 launch and mentions that the new launch will focus mainly on privacy, followed by interoperability and scalability. It was stated that TRON 4.0 would be officially launched on July 7, 2020.

Want to learn more about different blockchain technologies? If you want to be a Certified Blockchain Expert, check out the blockchain certification courses now!

Now, as we have understood what exactly TRON blockchain is, before exploring the features of TRON 4.0, let’s talk about its already existing upgrades.

TRON Odyssey 2.0 has accumulated 2,153 commits, merged 547 forks, released 15 software iterations, and added 102 new features. Before it’s release, it used to function on the Ethereum platform as an ERC-20 token. But after the upgrade release, TRON was a full-fledged independent blockchain platform.

With continuous updates and iterations, the TRON MainNet was upgraded to new version 3.6, which promised a more lightweight server to provide ease for DApp developers to customize their event service when they choose to switch on this feature. Odyssey v3.6 contained new features designed to make Dapp(Decentralized App) creation easier, as well as provide network protection from bad actors. It focused on ensuring security, stability, speed, and privacy to the users.

The launch of TRON 4.0 is due on July 7, 2020, where zk-SNARKs will be implemented on a blockchain-powered by smart-contracts.

Another feature that is included in the upgrade is faster block confirmation times, along with cross-chain confirmation. The release also aims to provide enterprise-grade customized solutions for businesses, which seems to be a major step towards getting more businesses on the blockchain platform.

Now let’s briefly talk about zk-SNARKs, which are the core privacy technology of the ZCash blockchain. zk-SNARK stands for “Zero-Knowledge Succinct Non-Interactive Argument of Knowledge,” which refers to a proof construction where one can verify possession of certain information without revealing the information, and without any interaction between the prover and verifier. In simpler words, the zk-SNARK privacy feature ensures that a transaction can be made without revealing information such as the amount of money being sent.

However, unlike ZCash, TRON’s latest version will not make transactions using its TRX cryptocurrency anonymously. Instead, blockchain developers can adopt a shielded transaction feature by implementing the smart contract.

TRON is one of the largest blockchain-based operating systems which aims to build a free, global digital content entertainment system with distributed technology, and allows easy and cost-effective sharing of digital content. With its latest announcement about the launch of TRON 4.0, it has triggered a whole new excitement among blockchain developers and TRON users, and there is no denying the fact that the launch looks promising for the blockchain technology.