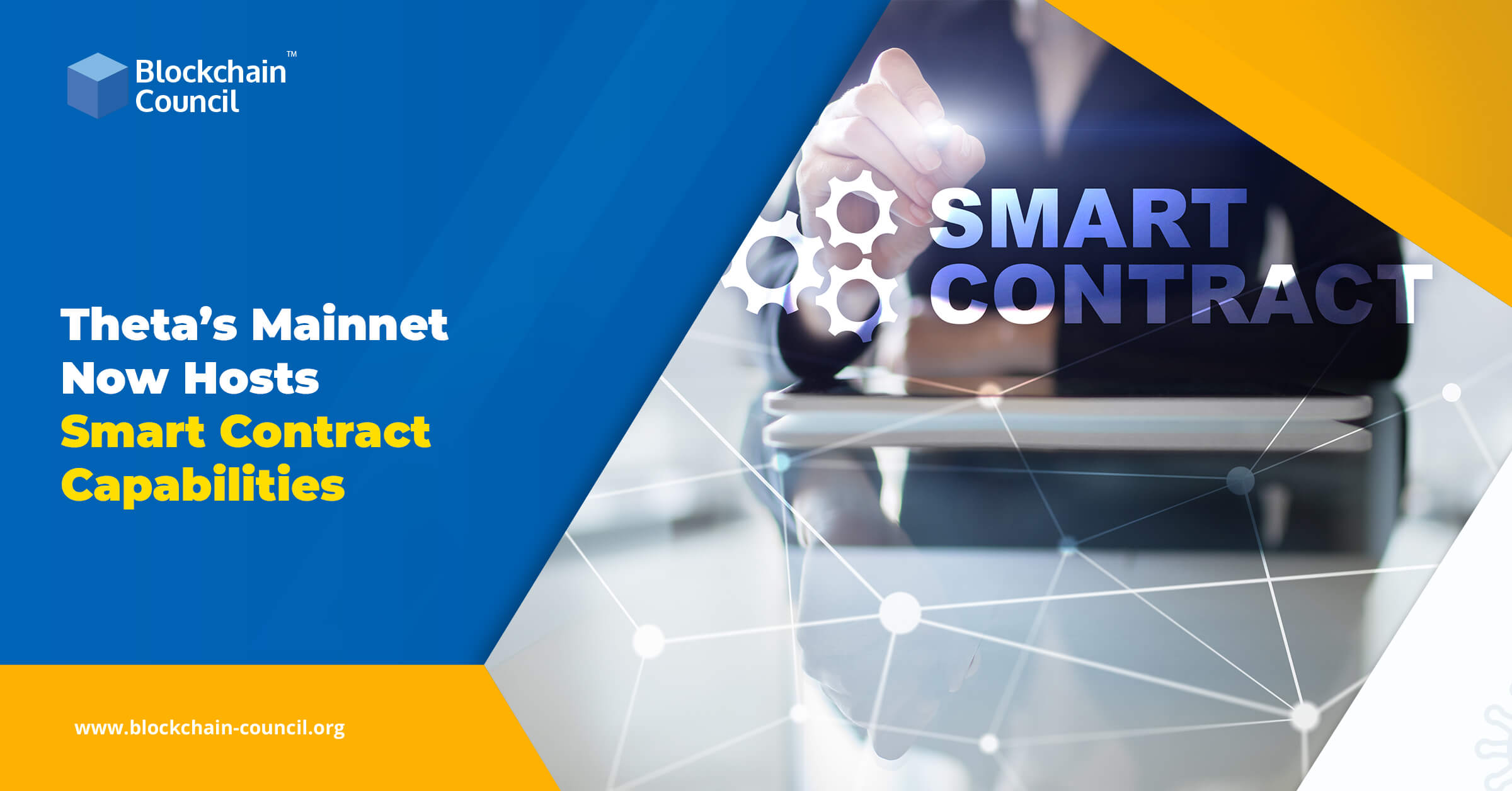 According to the latest announcement, Theta, a new and native Blockchain that facilitates decentralized video streaming, has recently updated its mainnet, hosting smart contract capabilities.

Theta Labs announced that now its mainnet hosts’ smart contract capabilities, as of a block height of 8,411,427.

Theta is a Blockchain-based protocol that operates as a long-term sustainable incentive mechanism to motivate all stakeholders to participate in decentralized video delivery.

Smart contracts are enabled on Theta mainnet at block 8,411,427. Noting other benefits from the update, “The Guardian Node staking threshold is decreased to 1,000 THETA at block 8,411,427, for both new staking and adding to additional stakes.”

Other enhancements include a fresh website for information on the protocol, and Theta-js Javascript SDK is also released. A new explorer, Theta Explorer, is updated with new features for smart contract information. The project awaits further updates in the weeks ahead, mentioning that the Theta Wallet Chrome extension has been submitted to Google for approval and Theta Token Minter is projected for release. It was mentioned that badges, emotes, and other items on THETA.tv will be converted to NFTs on the Theta Blockchain.

Theta Continues to Remain Under the Limelight

Theta, which facilitates decentralized video streaming, is one project that is moving along from the ICO (Initial Coin Offering) boom. Although many ICOs from that era failed, Theta continues to progress rapidly. Theta mainnet 2.0 was launched in May 2020. In May itself, Theta Token reported a new record high of $0.185.

During the first half of 2020, it was reported that Theta Token (THETA) was one of the biggest gainers, gaining 1,000% since the crash on Black Thursday (March 12). Also, Theta Fuel (TFUEL), the second token, surged more than 1,150% in a matter of one week.

Kind of Blockchain Jobs that Companies are Posting
Scroll to top